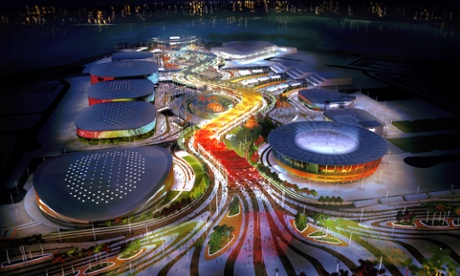 The Olympic architects reveal that Rio 2016 will take over a lagoon site. But the water’s too polluted to swim – and many of the city’s communities do not fit into the glossy urban legacy plan.

One year after the London 2012 Olympics, the gates to the east London site have reopened to reveal the new Queen Elizabeth Park, the first tangible piece of the two-week sporting circus’ promised legacy. You would think the architects behind the Olympic masterplan might be able to breathe a sigh of relief: the games were deemed a success, and the “legacy communities” still remain safely on the drawing board, judgments withheld. But in the Holborn studios of Aecom, the Olympic team is as busy as ever – working on the next one.

“Rio 2016 is a whole different animal to London 2012,” says project lead Bill Hanway, who heads up the Americas section of the global giant’s 10,000-strong buildings and places division. “Brazil is still an emerging nation, and we’re having to compress what took nine years of planning for London into half that time for Rio.” Text by Oliver Wainwright. Continue at The Guardian 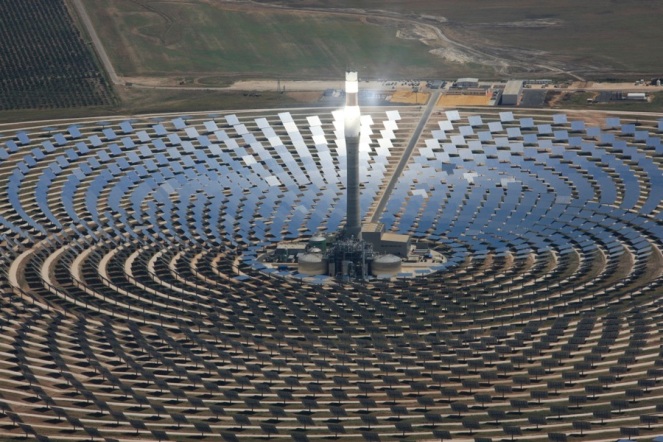 Torresol Energy has overcome one of solar energy’s biggest challenges: operating when the sun doesn’t shine. The 19.9 MW Gemasolar concentrated solar power plant in Spain’s Andalucia province has two tanks of molten salt (MSES) that store heat energy generated throughout the day. Unlike normal plants that have less thermal storage or none at all, this stored energy enables Torresol to satisfy peak summer energy demand long after sunset. A joint venture between Spanish giant Sener and Masdar, Abu Dhabi’s Future Energy Company, the Gemasolar plant has hurdled one of alternative energy’s biggest obstacles.

The MSES consists of 60% potassium nitrate and 40% sodium nitrate. This mixture has the amazing ability to retain 99% of the heat energy generated by the CSP plant to be reused later. Essentially what Forbes calls a “battery” that lasts for about 15 hours – more than double Andasol I’s 7 hour capacity – the MSES is not considered especially toxic to the environment.

Gemasolar is expected to produce approximately 110,000 MWh of energy each year – enough to power 25,000 homes. Although a 19.9 MW plant is relatively small, this functions on par with a 50MW plant that lacks decent storage since it can feed the grid all of the time.

Text and Image via Inhabitat

For almost 30 years, William (Bill) Edward McElligott drove a truck during prime sun hours throughout the city of Chicago delivering milk to stores and gas stations.

If you look at McElligott from the right, he looks like any 66-year-old would expect to, but from the left, wrinkles and sagging skin place him far beyond his years. He is a living demonstration of the importance of protecting your skin from the sun.

Dr. Jennifer Gordon a dermatology resident at UT Southwestern saw McElligott while on a rotation at Northwestern in Chicago and submitted his case study, which was featured in the April edition of the New England Journal of Medicine.

“It was very stark,” Gordon said. “We are used to seeing photo damage, photo aging every day, (but) for it to be so one sided? We were taken aback.”

Gordon explained that since McElligott spent so much time in his car, his left side was exposed to UVA rays that can penetrate glass and cause the majority of photo-aging, unlike UVB rays, which cause sunburns.

“We think its because it (UVA) can penetrate more deeply into the skin than UVB and affect your collagen and elasticity,” she said. “When you destroy those that’s what gives you the aging appearance that we see.”

Besides suffering the effects of photoaging, Mr. McElligott is unfortunately now facing the burning light of media exposure. Hopefully, to remind us about the effects of spending long periods of time under direct sunlight, and to bring awareness about the unhealthy demands not only this, but many other jobs like the Mr. McElligott used to perform.

Excerpts from an article written by Serena Marshall, at ABC News. Read it HERE.

“For the sake of confusion, let’s assume that instead of just “going dark”, the Sun ceases fusion in its core at midnight tonight. This will allow for any radiation emitted to make its way out and be emitted over the next several thousand years (since energy from fusion takes a considerable amount of time to be released from the Sun).

So when does it go dark? When and how does Earth cool off? Would all life die off, and if not, who would live/die? What kills off humans, the cold? A lack of oxygen? Something else?”

Click HERE to read a series of responses posted at Quora.

A scale model of our solar system in twelve 500 page volumes printed-on-demand. On page 1 the Sun, on page 6,000 Pluto. The width of each page equals one million kilometers.

This film takes us through the first volume where we encounter the Sun, Mercury, Venus, Earth, Mars and the Asteroid Belt.

Order the set from mishkahenner.com