The Olympic architects reveal that Rio 2016 will take over a lagoon site. But the water’s too polluted to swim – and many of the city’s communities do not fit into the glossy urban legacy plan. 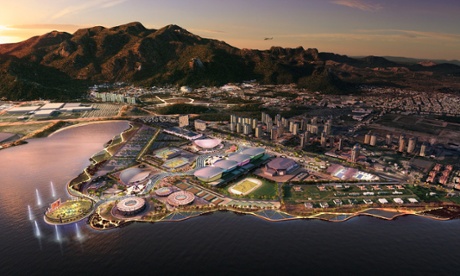 One year after the London 2012 Olympics, the gates to the east London site have reopened to reveal the new Queen Elizabeth Park, the first tangible piece of the two-week sporting circus’ promised legacy. You would think the architects behind the Olympic masterplan might be able to breathe a sigh of relief: the games were deemed a success, and the “legacy communities” still remain safely on the drawing board, judgments withheld. But in the Holborn studios of Aecom, the Olympic team is as busy as ever – working on the next one.

“Rio 2016 is a whole different animal to London 2012,” says project lead Bill Hanway, who heads up the Americas section of the global giant’s 10,000-strong buildings and places division. “Brazil is still an emerging nation, and we’re having to compress what took nine years of planning for London into half that time for Rio.” Text by Oliver Wainwright. Continue at The Guardian

The Forgotten Space follows container cargo aboard ships, barges, trains and trucks, listening to workers, engineers, planners, politicians, and those marginalized by the global transport system. We visit displaced farmers and villagers in Holland and Belgium, underpaid truck drivers in Los Angeles, seafarers aboard mega-ships shuttling between Asia and Europe, and factory workers in China, whose low wages are the fragile key to the whole puzzle. And in Bilbao, we discover the most sophisticated expression of the belief that the maritime economy, and the sea itself, is somehow obsolete.

A range of materials is used: descriptive documentary, interviews, archive stills and footage, clips from old movies. The result is an essayistic, visual documentary about one of the most important processes that affects us today. The Forgotten Space is based on Sekula’s Fish Story, seeking to understand and describe the contemporary maritime world in relation to the complex symbolic legacy of the sea. 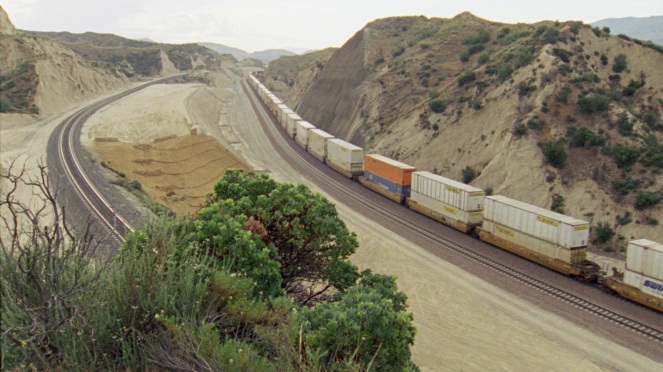 Satellite photos used to be for military eyes only, but Google Earth changed all that. Now something similar is happening to the ocean depths, with any web user able to listen in and “surf the sea floor” – and the US Navy is not happy.

“The cable is going underneath here,” says Benoit Pirenne, standing at the water’s edge on Canada’s Vancouver Island. “It’s going out 500 miles (800km) in a big loop in the ocean, coming back in the same place.”

The Vancouver cable connects a network of scientific instruments on the floor of the north Pacific, some as deep as 1.5 miles (2.5km).

Set up by Pirenne and his colleagues at the University of Victoria, and called Neptune Canada, they continuously monitor the marine environment.

The scientists are harvesting large amounts of information, including water pressure readings that help them better understand the movement of tsunamis through oceans, which they hope will lead to more accurate warning systems.

But they are also listening.

Pressure-sensitive microphones pick up the live sounds of everything from whales and shipping to seismic activity and the movement of tectonic plates, and this audio is shared with scientists all over the world.

It’s also now available to anyone else with an internet connection.