Japanese based designer Noriyuki Otsuka recently completed the design of a all white shop with a mesh portal in the upcoming neighborhood of Umeda in Osaka, Japan. The design of LE CIEL BLEU is based on his design philosophy “Nothing is everything,” then Otsuka brought the design to life with his other philosophy “Mixtures of transparency.” 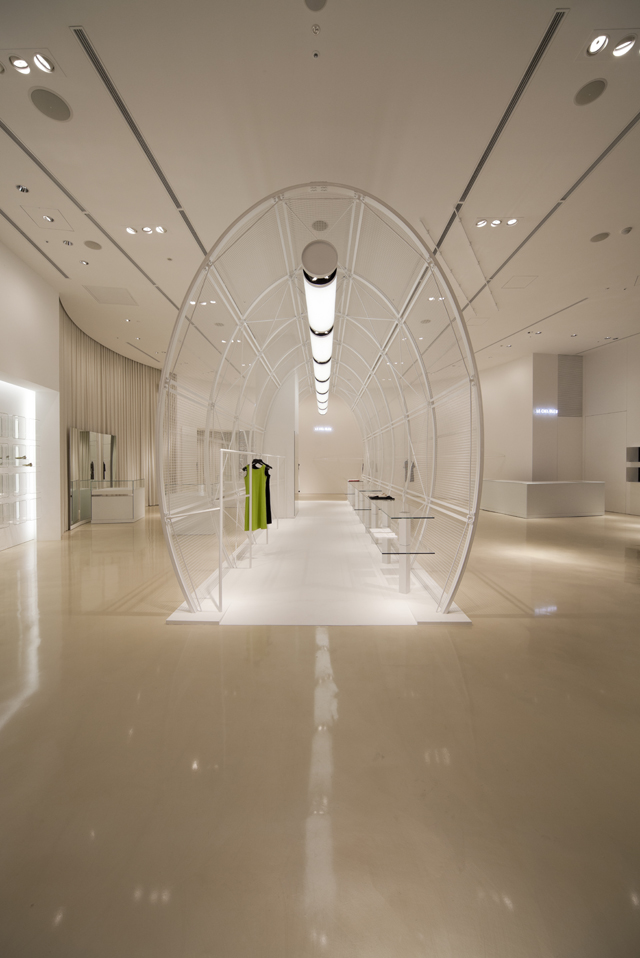 With these two concepts in mind, Otsuka and his team built a 2992 sq.ft. space using an array of white and cream hues with a large architectural element with in the space. We caught up with the architect who explained that the “interior space was a cylinder made with a structurally self-supporting mesh.” He noted that “because of the size of the feature I wanted to avoid integrating it too much with the surrounding space, so deliberately aligned it off center from the axis of the building.” By using this layout, the architectural portal became a strong design feature in the shop.

The floor was hand painted with original gold paint, while the walls and ceiling were finished in an acrylic emulsion paint.

Text and Images via Knstrct