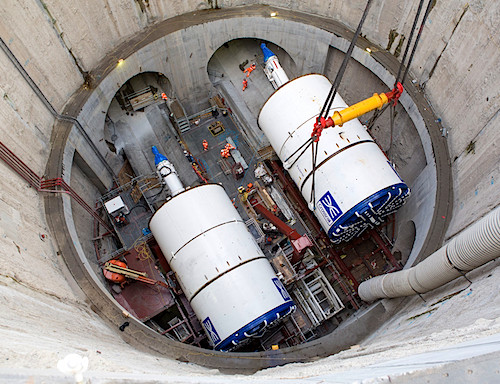 By the end of 2014, London will have added 42 km of new underground rail tunnels as part of the Crossrail project. Here’s how the eight tunnel boring machines work.

These machines, manned by a 20-person crew, are working 24 hours a day under London’s streets.

Text and Image via SINCANADA 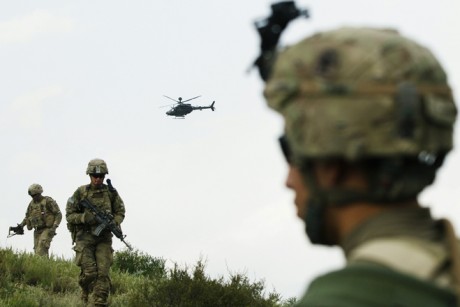 Shortly prior to the start of the London Olympics, there was an outburst of hysteria over the failure to provide sufficient security against Terrorism, but as Harvard Professor Stephen Walt noted yesterday in Foreign Policy, this was all driven, as usual, by severe exaggerations of the threat: “Well, surprise, surprise. Not only was there no terrorist attack, the Games themselves came off rather well.” Walt then urges this lesson be learned:

[W]e continue to over-react to the “terrorist threat.” Here I recommend you read John Mueller and Mark G. Stewart’s The Terrorism Delusion: America’s Overwrought Response to September 11, in the latest issue of International Security. Mueller and Stewart analyze 50 cases of supposed “Islamic terrorist plots” against the United States, and show how virtually all of the perpetrators were (in their words) “incompetent, ineffective, unintelligent, idiotic, ignorant, unorganized, misguided, muddled, amateurish, dopey, unrealistic, moronic, irrational and foolish.” They quote former Glenn Carle, former deputy national intelligence officer for transnational threats saying “we must see jihadists for the small, lethal, disjointed and miserable opponents that they are,” noting further that al Qaeda’s “capabilities are far inferior to its desires.”

The Olympic Isle on opening night was “full of noises, / Sounds, and sweet airs that give delight and hurt not”. The lion of the industrial revolution could lie down with the lamb. But beneath the fantasy a sewer ran, diverted but untamed: the specter of doping. And not just doping, because this is the age of genomics: gene doping.

The man who came to warn of this prospect is himself a Spector: Tim Spector, professor of genetic epidemiology at King’s College London and the author of this book. The means by which gene doping might be achieved (no one is sure whether it has yet been, or in practice can be, done) is Spector’s field of expertise: epigenetics. So he has become a media pundit during the Olympics, but his real subject is twins and what they tell us about genes. Identical twins are a unique test of genes in action because, having come from a single fertilized egg, they have identical genomes, all 3bn letters of them. They are clones.

The point about twins and identical genes is that genes in action do some strange things that we are only just beginning to understand – identical genes can diverge in their expression during the course of a lifetime. This is epigenetics. It is now generally accepted that personal experience can change our genes. If you practice music for six hours a day and become a great musician, your brain will show recognizable changes both in large-scale anatomy and genetically. London cabbies have “knowledge” – enhanced regions of the brain that start to recede when they retire. The chemical processes that alter the genes in epigenesis – methylation and deacetylation of the packaging proteins of the genes, the histones – are fairly well understood.

Excerpt from an article written by Peter Forbes at The Guardian. Continue HERE