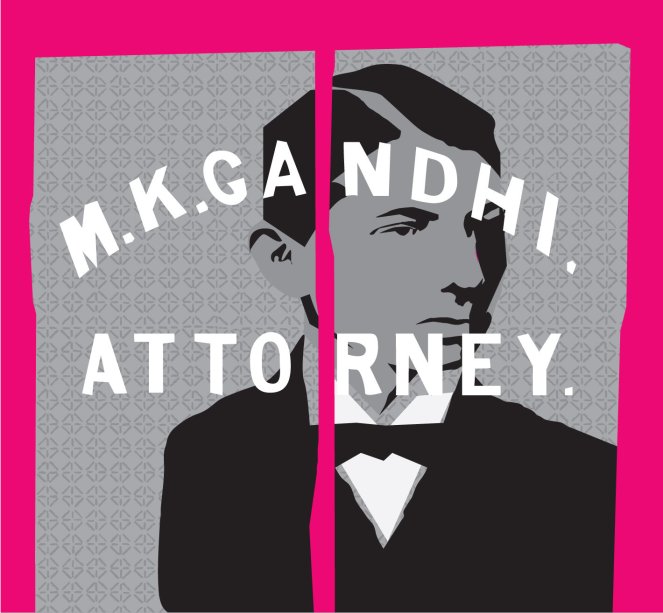 At the end of the 19th century, Mohandas Gandhi was a young lawyer living in Durban, South Africa. He left his house in Beach Grove every morning for an office on Mercury Lane, where he spent much of the day helping his fellow Indian immigrants navigate the onerous colonial bureaucracy. He kept meticulous records, including a logbook of correspondence — from an English missionary and local planters, and a series of letters exchanged with the Protector of Indian Immigrants about the treatment of indentured laborers. In January of 1897, and again a few months later, he heard from another lawyer who was, like him, a Gujarati who had studied in England and then struggled to establish a practice in Bombay. The contents of these letters are unknown. In a remarkable new biography, “Gandhi Before India,” Ramachandra Guha gingerly speculates about what they might have been. Expressions of support for Gandhi’s nascent activism? Or perhaps “explorations of interest in a possible career in South Africa”? Guha wisely stops there. What is not in doubt is the name in Gandhi’s logbook — “M. A. Jinnah,” Muhammad Ali Jinnah, who would become the founder of Pakistan. “All we now know is that, a full 50 years before partition and the independence of India and Pakistan, the respective ‘Fathers’ of those nations were in correspondence.” 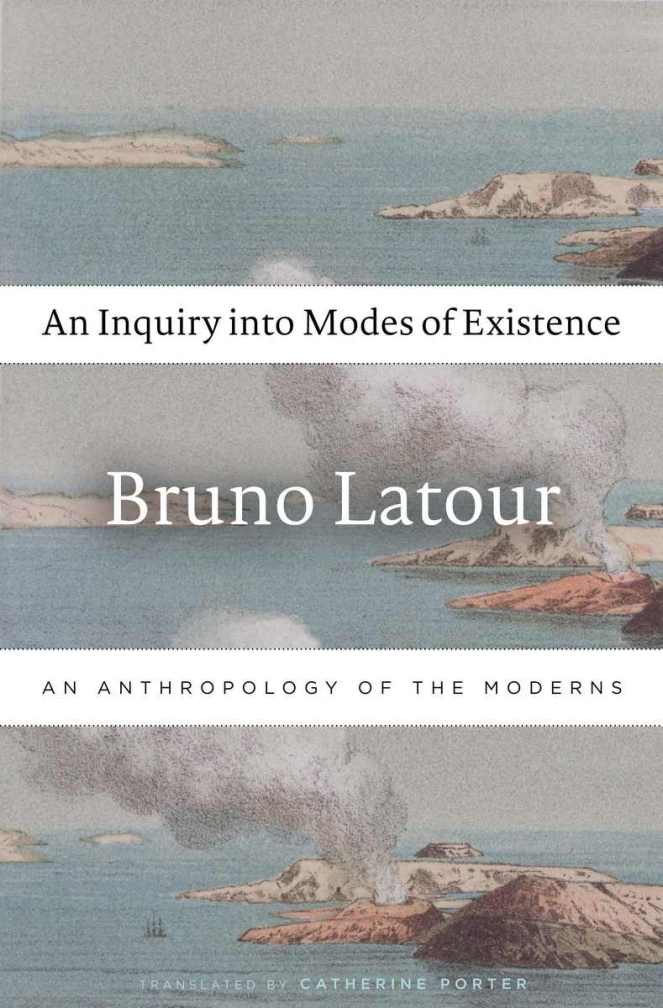 The result of a twenty five years inquiry, it offers a positive version to the question raised, only negatively, with the publication, in 1991, of ”We have never been modern”: if ”we” have never been modern, then what have ”we” been? From what sort of values should ”we” inherit? In order to answer this question, a research protocol has been developed that is very different from the actor-network theory. The question is no longer only to define ”associations” and to follow networks in order to redefine the notion of ”society” and ”social” (as in ”Reassembling the Social”) but to follow the different types of connectors that provide those networks with their specific tonalities. Those modes of extension, or modes of existence, account for the many differences between law, science, politics, and so on. This systematic effort for building a new philosophical anthropology offers a completely different view of what the ”Moderns” have been and thus a very different basis for opening a comparative anthropology with the other collectives – at the time when they all have to cope with ecological crisis. Thanks to a European research council grant (2011-2014) the printed book will be associated with a very original purpose built digital platform allowing for the inquiry summed up in the book to be pursued and modified by interested readers who will act as co-inquirers and co-authors of the final results. With this major book, readers will finally understand what has led to so many apparently disconnected topics and see how the symmetric anthropology begun forty years ago can come to fruition.

Text and Image via Bruno Latour

Earlier this year, the Finnish government enabled something called a “citizens’ initiative”, through which registered voters can come up with new laws – if they can get 50,000 of their fellow citizens to back them up within six months, then the Eduskunta (the Finnish parliament) is forced to vote on the proposal.

Now this crowdsourced law-making system is about to go online through a platform called the Open Ministry. The non-profit organization has been collecting signatures for various proposals on paper since 1 March, when citizens’ initiatives came in, but a couple of days ago the government approved the electronic ID mechanism that underpins the digital version of the platform.

Excerpt of an article written by David Meyer at GigaOM. Continue HERE

Neuroscience shows that the adolescent brain is still developing. The question is whether that should influence the sentencing of juveniles.

Advocates for juveniles have been embracing this work as part of a long-term strategy to ensure that young criminals are given less punishment than adults and more opportunities for rehabilitation. And many neuroscientists studying the adolescent brain are gratified that their work is contributing to these efforts. “It’s so satisfying to think that maybe in some minuscule way my work was relevant to society,” says Bea Luna, who studies adolescent brain development at the University of Pittsburgh in Pennsylvania.

But the brain research may not have as great an influence in court as some scientists and advocates like to think. Some say that the neuroscience offers no fresh insight into adolescent behavior, and may serve merely as a rhetorical flourish in judges’ opinions or as a tool that lawyers and advocates exploit to make their case. “The neuroscience is being used for an advocacy position,” says Emily Murphy of Stanford University in California, who was a fellow with the MacArthur Foundation’s Law and Neuroscience Project. “That’s all it’s always been, in a legal context.” Murphy and others worry that the neuroscience currently being used in court may be abused, and might overshadow other research that could make a deeper impact on juvenile crime and punishment.

Excerpt of an article written by Lizzie Buchen, Nature. Read it HERE

Neuroscience and the Law

Human beings are diverse and live in diverse ways. Should we accept that we are diverse by nature, having followed separate evolutionary paths? Or should we suppose that we share our biological inheritance, but develop differently according to environment and culture? Over recent years scientific research has reshaped this familiar “nature-nurture” debate, which remains central to our understanding of human nature and morality.

For much of the 20th century social scientists held that human life is a single biological phenomenon, which flows through the channels made by culture, so as to acquire separate and often mutually inaccessible forms. Each society passes on the culture that defines it, much as it passes on its language. And the most important aspects of culture—religion, rites of passage and law—both unify the people who adhere to them and divide those people from everyone else. Such was implied by what John Tooby and Leda Cosmides called the “standard social science model,” made fundamental to anthropology by Franz Boas and to sociology by Émile Durkheim.

More recently evolutionary psychologists have begun to question that approach. Although you can explain the culture of a tribe as an inherited possession, they suggested, this does not explain how culture came to be in the first place. What is it that endows culture with its stability and function? In response to that question the opinion began to grow that culture does not provide the ultimate explanation of any significant human trait, not even the trait of cultural diversity. It is not simply that there are extraordinary constants among cultures: gender roles, incest taboos, festivals, warfare, religious beliefs, moral scruples, aesthetic interests. Culture is also a part of human nature: it is our way of being. We do not live in herds or packs; our hierarchies are not based merely on strength or sexual dominance. We relate to one another through language, morality and law; we sing, dance and worship together, and spend as much time in festivals and storytelling as in seeking our food. Our hierarchies involve offices, responsibilities, gift-giving and ceremonial recognition. Our meals are shared, and food for us is not merely nourishment but an occasion for hospitality, affection and dressing up. All these things are comprehended in the idea of culture—and culture, so understood, is observed in all and only human communities. Why is this?

Excerpt of an essay by Roger Scruton at Prospect. Continue HERE

Free will has long been a fraught concept among philosophers and theologians. Now neuroscience is entering the fray.

For centuries, the idea that we are the authors of our own actions, beliefs, and desires has remained central to our sense of self. We choose whom to love, what thoughts to think, which impulses to resist. Or do we?

Neuroscience suggests something else. We are biochemical puppets, swayed by forces beyond our conscious control. So says Sam Harris, author of the new book, Free Will (Simon & Schuster), a broadside against the notion that we are in control of our own thoughts and actions. Harris’s polemic arrives on the heels of Michael S. Gazzaniga’s Who’s In Charge? Free Will and the Science of the Brain (HarperCollins), and David Eagleman’s Incognito: The Secret Lives of the Brain (Pantheon), both provocative forays into a debate that has in recent months spilled out onto op-ed and magazine pages, and countless blogs.

What’s at stake? Just about everything: morality, law, religion, our understanding of accountability and personal accomplishment, even what it means to be human. Harris predicts that a declaration by the scientific community that free will is an illusion would set off “a culture war far more belligerent than the one that has been waged on the subject of evolution.”

The Chronicle Review brought together some key thinkers to discuss what science can and cannot tell us about free will, and where our conclusions might take us.

You Don’t Have Free Will
Jerry A. Coyne

Free Will Is an Illusion, but You’re Still Responsible for Your Actions
Michael S. Gazzaniga

The End of (Discussing) Free Will
Owen D. Jones

Free Will Does Not Exist. So What?
Paul Bloom 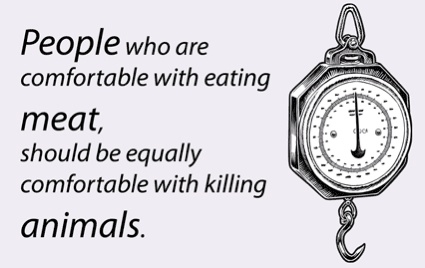 “Instead of a law which prohibits, we are interested in a law which compels engagement. Citizens will gain a ‘meat licence’ through their specific and supervised engagement in the act of killing an animal.

Understanding ‘law’ as a creative medium, and, implementing open-source development models, The Meat Licence Proposal is an attempt to build a bridge between citizen and lawmaker.

The ‘meat licencing law’ will be developed and tested in the public domain, through a combination of traditional, digital and creative strategies. To find out more, please visit our forum and blogs.”

Text and Images via The Meat Licence Proposal