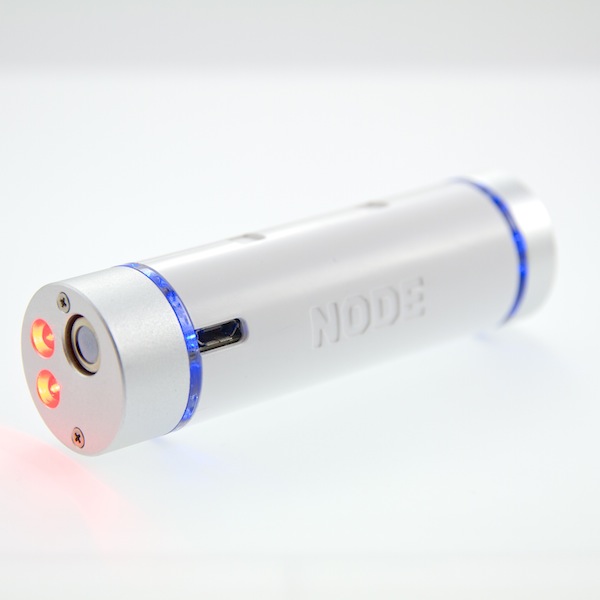 Sensor technologies are all the rage right now, and for good reason. As a kid one of my favorite watches was a Casio with a temperature sensor in it, yet my iPhone 5 has to traverse a network of hardware devices to tell me the temperature, and even then the sensor is miles away. If we want our devices to be smarter, they’re going to need more sensory input about our surroundings. I interviewed Dr. George Yu, the man behind the Node, a platform for sensory input which happens to work with iOS devices.

Today there’s news of the Lapka set of sensors for your iPhone, and a few days ago I read news of the SCOUT, a sort of personal medical Tricorder (although nowhere near as powerful as the ones featured in Star Trek). While Lapka looks nice, how many people really need to measure radiation on a regular basis? Also, logging your EM field for the day is great, but what’s the practical use?

What’s been lacking in the past has been a sort of basic utility device with attachments that you can add as needed, all of which enable your iPhone to “see” the world around it. As if the iPhone were compatible with Batman’s utility belt. Enter Node, a sort of Wiimote-meets-Tricorder device that’s more of a platform than iOS accessory. It’s designed to be functional, has high-grade equipment inside and is hacker friendly. 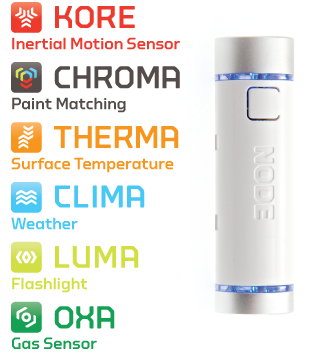 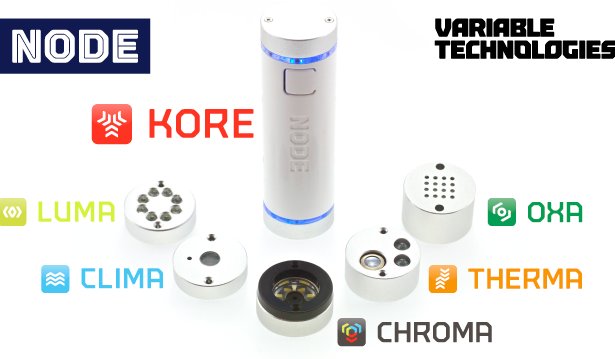 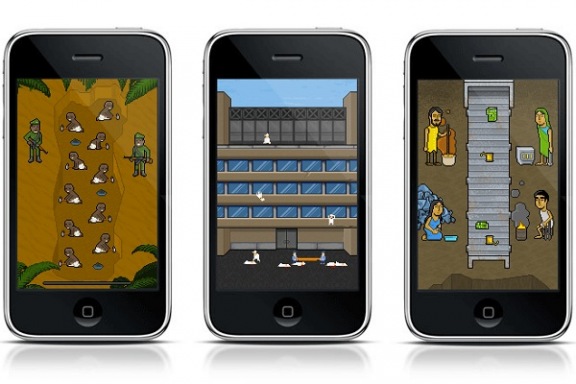 Molleindustria aims to reappropriate video games as a popular form of mass communication. Our objective is to investigate the persuasive potentials of the medium by subverting mainstream video gaming clichè (and possibly have fun in the process).

According to founder Paolo Pedercini:

We can no longer consider videogaming as a marginal element of our everyday lives. In recent years, the turnover of the videogame industry has exceeded that of cinema, and there are a growing number of adult and female players. There are more frequent overlaps with other media: there are videogames for advertisements (advergames), for educational purposes and for electoral propaganda. space invadersHow did videogames become such a central element of the mediascape? During the second half of the nineties, major entertainment corporations extended their activities in this sector and extinguished or absorbed small producers.
Now videogames are an integral part of the global cultural industry, and they are in a strategic position in the ongoing processes of media convergence. These developments inhibit the political and artistic emancipation of this medium: every code line is written for the profit of a big corporation. 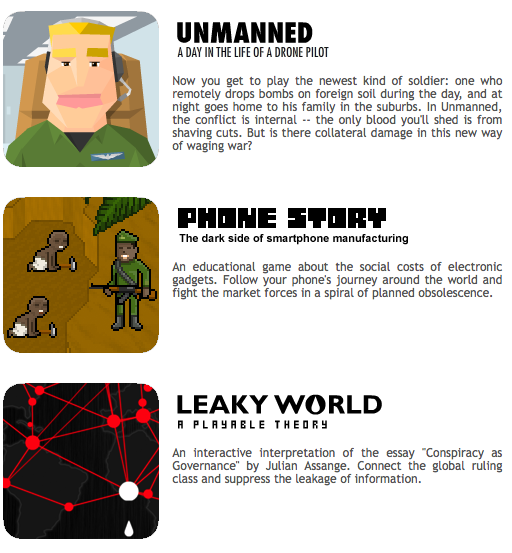 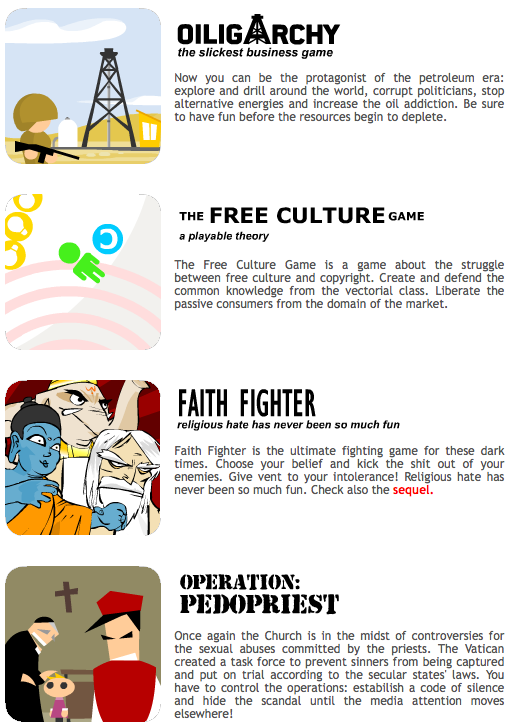 Pikup is a new platform that remunerates artists based on subscribers’ listening habits.

The UK startup is currently offering free software to Mac, iPhone and iPad users — although it intends to include other operating systems in the future. Once installed, it works in the background and keeps a private record of all media accessed by the user, creating a digital diary of music, video, podcast and e-book consumption held on Pikup’s servers. Those using the service can then pay a small monthly subscription to support the arts, with the twist being that their money will be split between the artists whose work they have been playing. Pikup analyses the collective listening and viewing habits of all of its users and allocates subscription funds appropriately. Media creators, meanwhile, will be able to create accounts in order to claim their income. Pikup also has plans to allow bands and filmmakers to have a say in regards to how much of the site’s funds goes to them and how much is used to monetize the company’s operations.
Pikup has taken the model of popular sites such as last.fm and discovered a way to fund artists based on how often their media is accessed by each individual, rather than relying on a one-off initial payment. Does this signal a shift towards fairer allocation of profit for artists?

Text and Image via Springwise

Music crowdfunding pops up in France 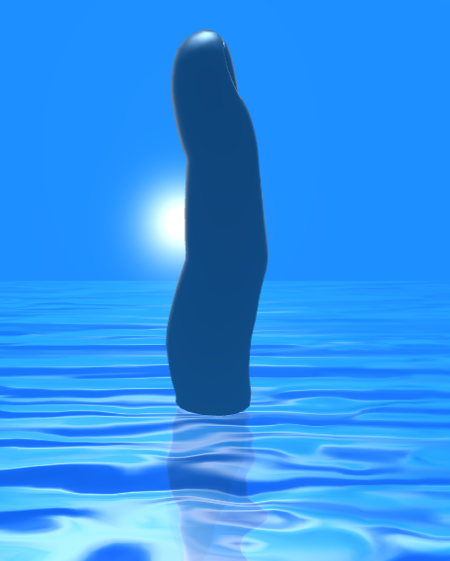 The Digit is a giant chrome double-finger that looms over unwitting passers-by in Union Square, NYC. More precisely, it is a double-sided finger, with a second appendage extending out of where the rest of the hand would be. The two fingertips methodically double-tap and swipe, while reflecting the surrounding architecture on their bulbous surface.

The Digit is a virtual (augmented-reality) sculpture that can be viewed with an iPhone application available for free at the App Store. Simply launch the app when you are on the southern tip of Union Square and look up through the iPhone’s camera.

The sculpture is a response to two public art works located in Union Square – the statue of George Washington (one of the first public sculptures in New York) and Metronome – a recent installation about time that occupies 3 building facades just south of the square. Incidentally, Metronome includes an enlarged replica of GW statue’s hand (located just above the smoking hole). The Digit follows this trajectory by isolating the index digit of George Washington and appropriating it as an emblem of the digital condition.

The Digit also exist as an interactive web experience and in the form of physical souvenirs. WebGL compatible Browser Required (Firefox 4 or Chrome 9 and up) or you may need to update your graphics card driver.

Project designed by Slava Balasanov
All text via The Digit 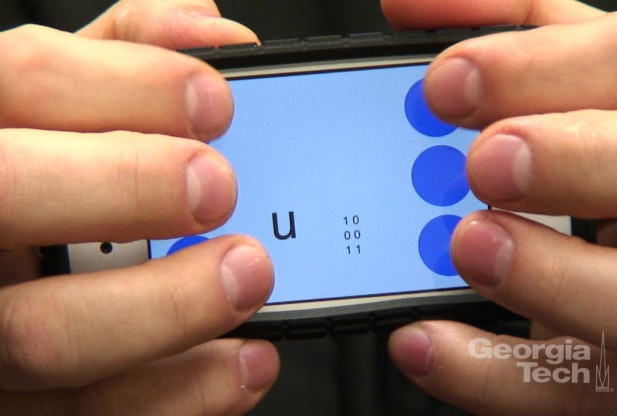 Georgia Tech researchers have built a prototype app for touch-screen mobile devices that is vying to be a complete solution for texting without the need to look at a mobile gadget’s screen.

“Research has shown that chorded, or gesture-based, texting is a viable solution for eyes-free written communication in the future, making obsolete the need for users to look at their devices while inputting text on them,” said Mario Romero, Postdoctoral Fellow in the School of Interactive Computing (IC) and the project’s principal investigator.

The free open-source app, called BrailleTouch, incorporates the Braille writing system used by the visually impaired. It has been conceived as a texting tool for any of the millions of smartphone phone users worldwide.

Early studies with visually impaired participants proficient in Braille typing have demonstrated that users can input at least six times the number of words per minute when compared to other research prototypes for eyes-free texting on a touch screen. Users reach up to 32 words per minute with 92 percent accuracy with the prototype app for the iPhone.

“We are currently designing a study to formally evaluate BrailleTouch through both quantitative and qualitative methods,” said Caleb Southern, an IC graduate student. “We will measure the typing speed and accuracy of visually impaired users and capture the feedback from study participants in areas such as comfort, ease of use and perceived value.”

Oterp is a mobile phone game project using a GPS sensor to manipulate music in real time, depending on the player’s position on Earth. It generates new melodies when traveling. The objective of Oterp is to mix the reality of our everyday environment with a video game. This is a new way to imagine our movements in a society increasingly on the move and dependent on mobile interfaces.