Isabelle Stengers is, without a doubt, one of the most interesting figures in the panorama of contemporary philosophy. A mobilized scientist who chose desertion, a free electron of thought, she has finally found refuge in the philosophy department at the Université Libre de Bruxelles, where she initiates students into the abstract charms of Alfred North Whitehead’s speculative philosophy on the one hand, and the political practices of neo-pagan witches borne from the anti-globalization movement on the other. Her prolific theoretical output is both open and original. One dimension of her thought has initiated a renewal of the relationship between the sciences and philosophy, particularly in The New Alliance (1979), written with Nobel Prize wining chemist Ilya Prygogine, and in The Invention of Modern Science (1993), winner of the Prix Quinquennal de L’essai (1996). A second key aspect of Stengers’ philosophy has developed into a constructivist-inspired cosmopolitical reflection around the concept of an ecology of practices, as in Cosmopolitics I and II (1997/2003), Capitalist Sorcery (2005), and Au temps des catastrophes (2009). Between these two poles, there is one question that cuts across all of her work: “What has rendered us so vulnerable, so ready to justify the destruction committed in the name of progress?” This decisive problematic is animated by a vital exigency long ago articulated by William James and relayed by Gilles Deleuze: To believe in the world. It is with remarkable generosity that she agreed to this interview, which took place in July 2010, at her ULB office. —Erik Bordeleau

If humans were able to hear light and parse the poetry of the spectrum, then perhaps there would be no need for Brian Eno, who seems to do it effortlessly. While the rest of us are generally content to hear sound, Eno can clearly see it. How else to explain the elaborate sonic color fields and glowing soundscapes that he creates, which feel as much like floating shapes and waves of light as they do music? And how else to make sense of a body of work that has been by turns challenging and definitive and spread across an expanse of disparate worlds and genres, from his early work with Roxy Music, to his ever-evolving solo oeuvre, to the colossal swoosh of his frequent collaborations with U2, to his numerous art projects, compositional gambits, and multimedia installations—not to mention the three ambient-music-generating apps, Scape, Bloom, and Trope, that he has created with musician and software designer Peter Chilvers.

ANDERSON: You know, when we were working in New York, we had this thing about, “If it goes with the river, then it goes on the record.” I always think of that. How would you describe your criteria for that? I could think of mine, but when you looked at the river, what would you say the music had to do or not do?

Adhocracy: Organizational philosophy or style characterized by adaptive, creative, integrative behavior which (in contrast to a bureaucratic style) is flexible and non-permanent and which, therefore, can respond faster to a changing environment.

Ethel Baraona Pohl develops her professional work through links to numerous architectural and design publications. She has collaborated with blogs and magazines, including Domus, Quaderns and MAS Context, among others. She has been invited to present work at events like Postopolis! DF and the international architecture festival eme3. She was co-founder, with Cesar Reyes Najera, of the independent publishing company dpr-barcelona, whose projects, both digital and printed, subvert the limits of conventional publications, and approach the architecture and design publications of the future. Currently, Ethel serves as associate curator of Adhocracy one of the two exhibitions of the first Istanbul Design Biennial, that opened on October 13th, 2012 and runs through December 12, 2012. 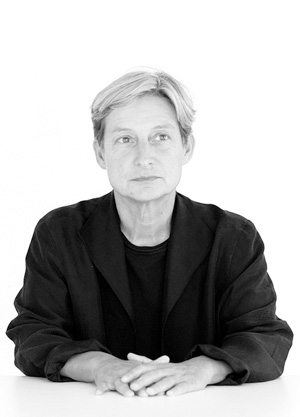 Judith Butler’s philosophy is an assault on common sense, on the atrophy of thinking. It untangles not only how ideas compel us to action, but how unexamined action leaves us with unexamined ideas—and, then, disastrous politics. Her work over the last few years has been devoted to challenging the Bush/Cheney-era torpor that came over would-be dissenters in the face of two wars and an acquiescent electorate. She does so not with policy prescriptions or electoral tactics, but with an analysis of the habits of thinking and doing that stand behind them. It is in response to the suffering of others, she insists, of innocent victims in particular, that we must come to terms with the world as it is and act in it.

Butler is, at University of California at Berkeley, Maxine Elliot Professor in the Departments of Rhetoric and Comparative Literature. Her reputation is secure as the most important theorist of gender in the last quarter century, thanks to books like Bodies That Matter: On the Discursive Limits of Sex (1993). The thrust of her contribution is to destabilize—to queer—identity by disentangling the fragile performances that give rise to it. Whether in gender politics or geopolitics, her analysis shows how failing to grasp these sources of identity blinds us to the common humanity of others. 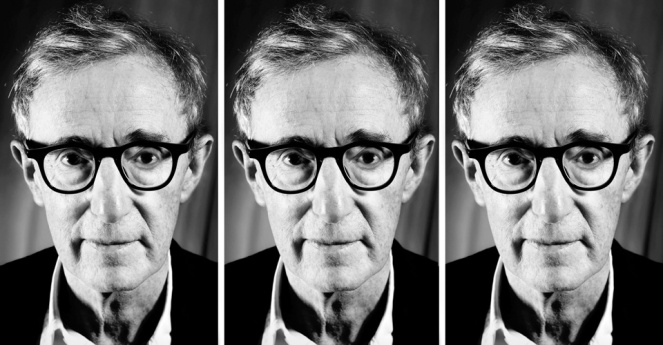 Mr. Allen, do you truly believe that happiness in life is impossible?

This is my perspective and has always been my perspective on life. I have a very grim, pessimistic view of it. I always have since I was a little boy; it hasn’t gotten worse with age or anything. I do feel that’s it’s a grim, painful, nightmarish, meaningless experience and that the only way that you can be happy is if you tell yourself some lies and deceive yourself.

Continue at The Talks

In an interview with Nicola Twilley and Geoff Manaugh, photographer Edward Burtynsky talks about his use of film and drones, his current big project photographing water, and the challenges of finding ways to photograph the ubiquitous.