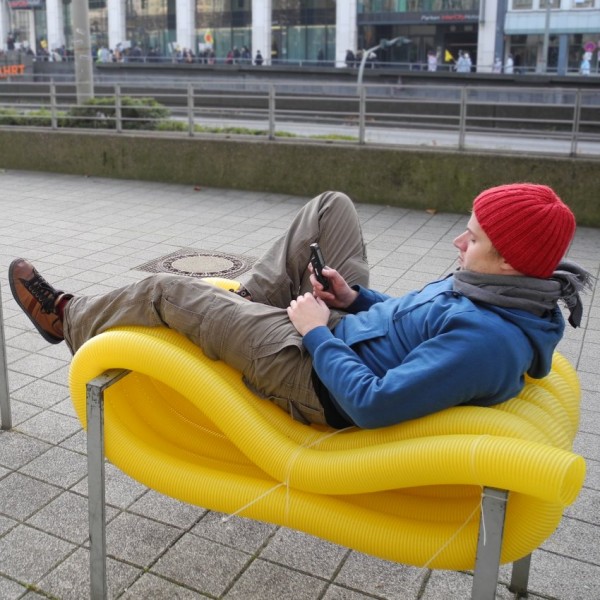 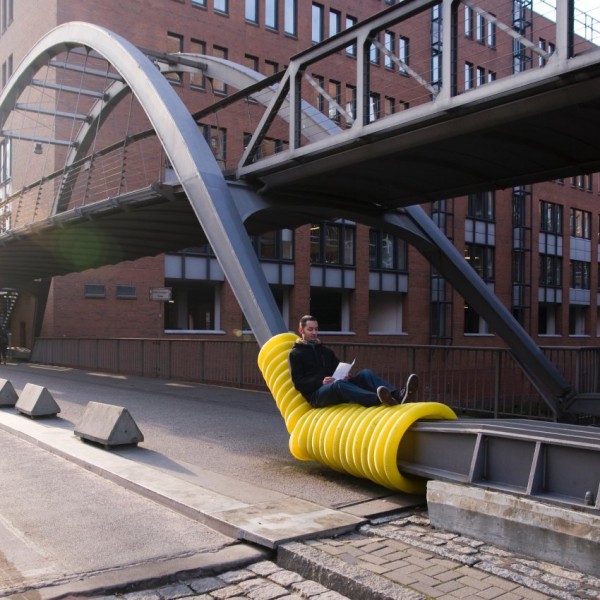 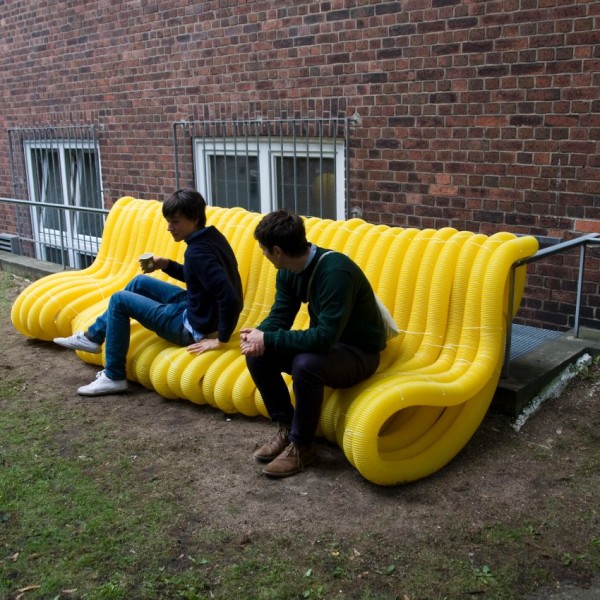 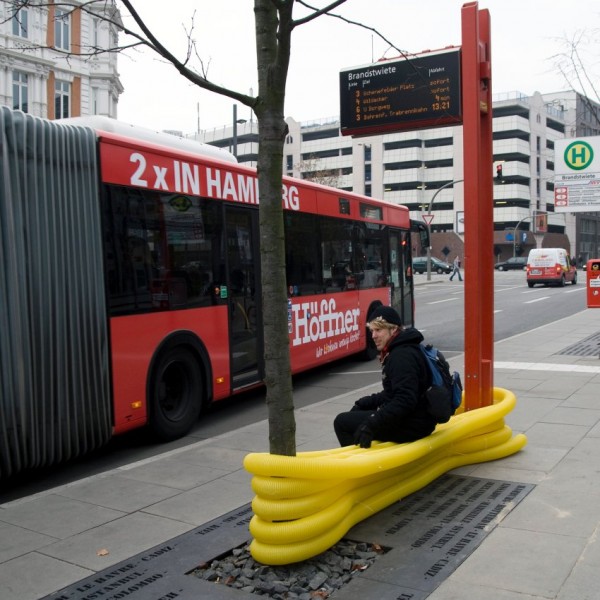 Wanting to draw attention to the commercialization of public space, Oliver Show made seating a little more comfortable and accessible to his fellow citizens in Hamburg, Germany. He says: “The interventionist and experimental approach to me is more important than the quest for a ‘perfect’ product.” 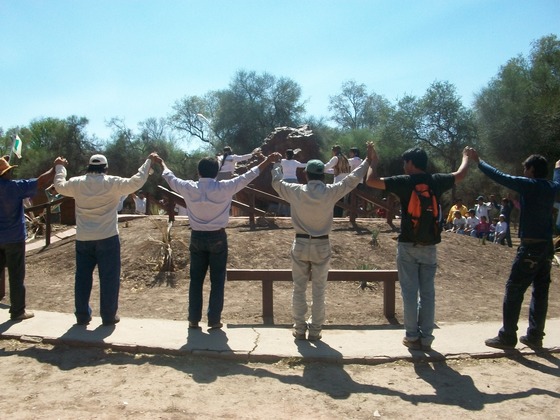 In recent weeks it has become public in Argentina, the project initiated by two artists from Buenos Aires, Guillermo Faivovich and Nicholas Goldberg, consisting of a loan moving the meteorite “El Chaco” to Kassel, Germany, during the international art contemporary art exhibition Documenta 13.

“In Argentina, a rich and complex debate has recently arisen about the loan of this object. dOCUMENTA (13) therefore suspended its loan request on January 16 in respect of the positions stated by experts and local communities. Furthermore, dOCUMENTA (13) would like to state that no loan of the El Chaco meteorite will be further requested without a full endorsement by the peoples of the land of Chaco, by the local community as a whole, and in careful consideration of the beliefs and principles of the traditional custodians today. The artists are currently meeting with all concerned parties to discuss the matter together.”

Could this be one of those tactical, post-colonial, and anti-paradigmatic works of conceptual art banning?

Cultural astronomer Alejandro López, among his colleagues, promoted the opposition to this project, which seriously violates the rights of Aboriginal Chaco. The writings of ancient chroniclers and investigations carried up from the Aboriginal worldview, clearly show that for these people meteors scattered on Campo del Cielo, are very important milestones in its territory.

Since the project was announced to move the meteorite Chaco aborigines have voiced opposition to it and want to work to make their voices heard. Click HERE to read and sign the petition. The petition is written in Spanish. However, you don’t read Spanish to sign it. 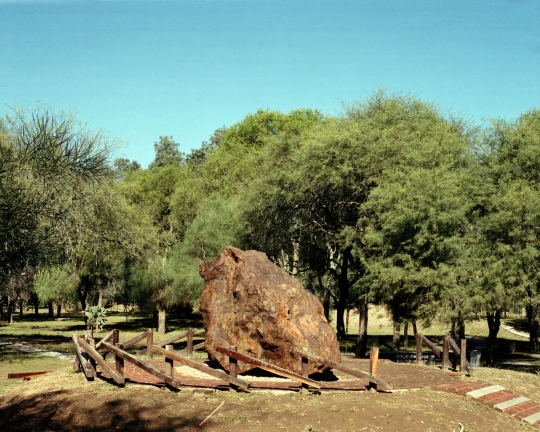 Click HERE to read the statement written by Documenta 13 suspending their request for the exhibition.

Interview with Guillermo Faivovich in La Voz, an Argentine publication. 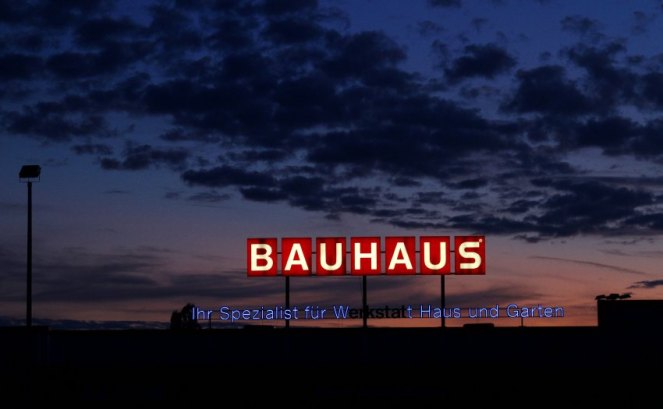 Germany’s famous Bauhaus school from 1919 to 1933 forged new boundaries in the art and design world and remains highly influential today. But its brand and legacy has been under threat for five decades from a large German-Swiss home goods retailer that took the title and trademark “Bauhaus” in 1960 and now has 190 stores around Europe.

Architect Walter Gropius and his group of communal craftsmen put a radical stamp on architecture, design and art education during Germany’s Weimar Period between the two world wars. He even claims he coined the term “Bauhaus” as the name for his atypical art school.

Along the way, though, he forgot an important thing: to protect the name.

As a result, up to 40 companies in Germany and myriad others abroad have taken the word “Bauhaus” as a brand or title. The imitators include a furniture label in the United States, a rumored bordello in Japan, a chocolate variety that touts its form and function, a real estate company and the early British gothic band led by Peter Murphy.

“Bauhaus sells,” says Dr. Annemarie Jaeggi, director of the Bauhaus Archive Museum in Berlin. “That’s the point.” When someone is copying you or your name in a corporate context, she says, “then you see that you really have a brand.”

But the greatest squatter of the moniker is a do-it-yourself retailer based in Mannheim, which trademarked the Bauhaus during postwar divided Germany. It happened before Gropius and others moved to established archives and museums — in Dessau and Weimar (in the former east) and Berlin — to explain and protect the historical Bauhaus and its legacy. Now, it’s causing confusion to the general public and frustration to Bauhaus design aficionados.

Written by Paul Glader at the Spiegel. Continue HERE 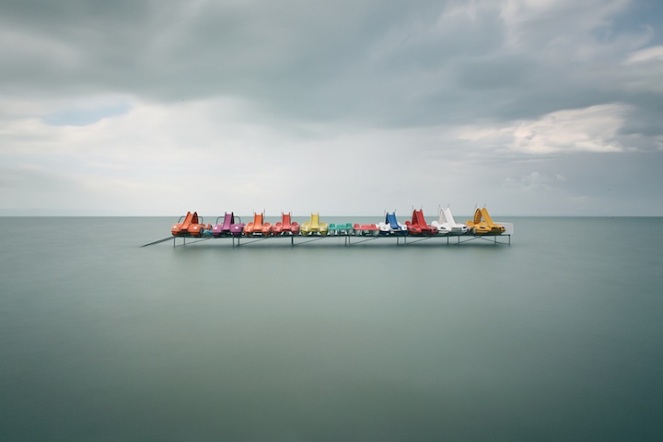 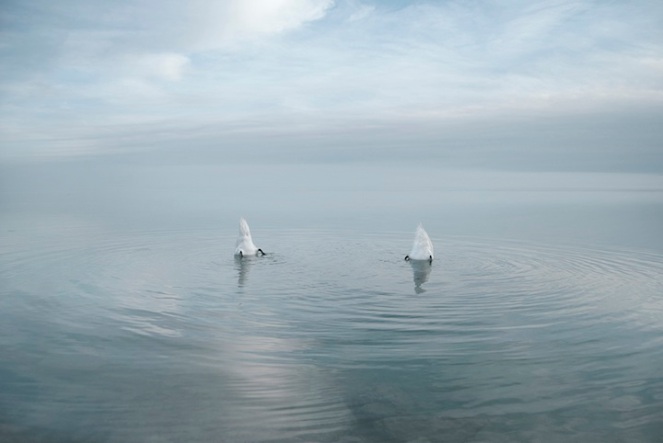 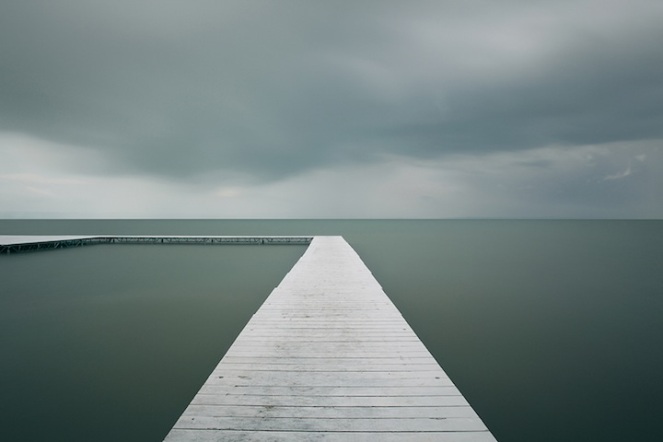 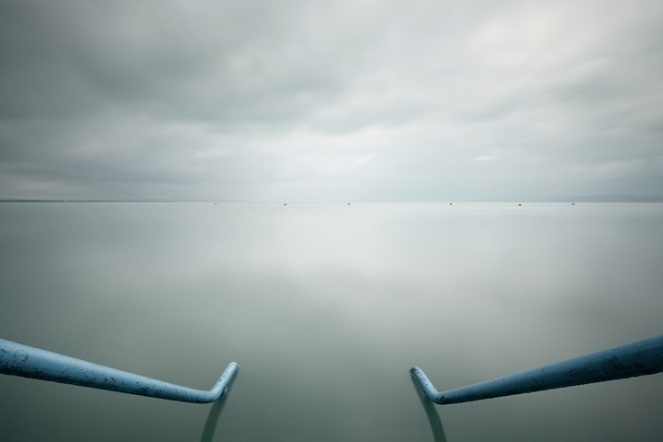 Originally from Hungary, Ákos Major currently lives in Vienna. There he works as a freelance photographer and graphic designer. The series ‘Waterscapes’ was taken during his travels in Iceland, Austria, Germany, France, and Scotland,