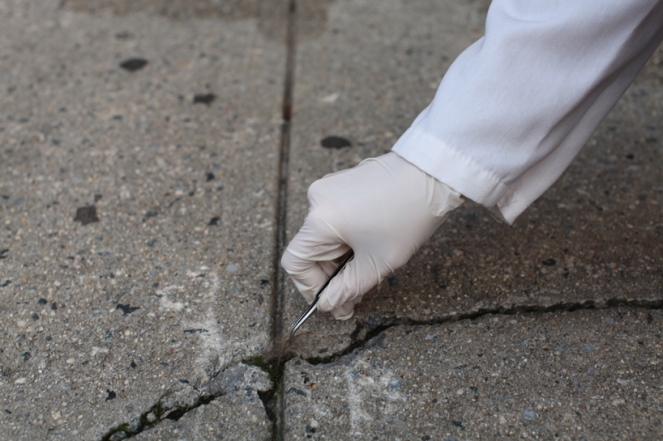 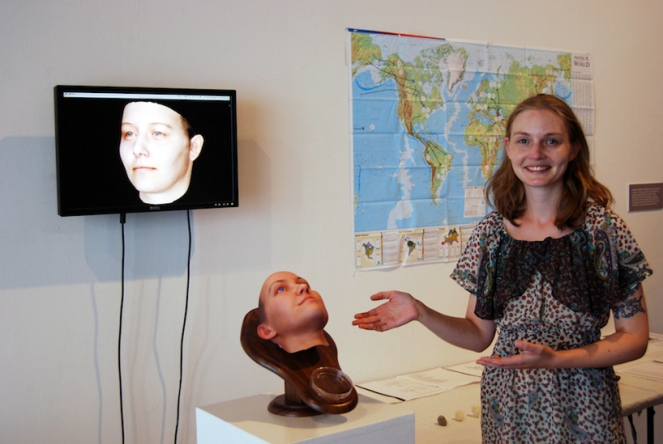 Through an un-usual DNA collection method, American artist Heather Dewey-Hagborg creates portrait sculptures from the analyses of genetic material collected in public places. From cigarette butts to hair samples, she works using random traces left behind from un-suspecting strangers. In a statement by Dewey-Hagborg, ‘Stranger Visions’ calls attention to the impulse toward genetic determinism and the potential for a culture of genetic surveillance. Using DNA facial modeling software and a 3D printer, physical models are conceived – reconstructed from ethnic profiles, eye color and hair color.

Text and Images via DesignBoom

As life has evolved, its complexity has increased exponentially, just like Moore’s law. Now geneticists have extrapolated this trend backwards and found that by this measure, life is older than the Earth itself. Here’s an interesting idea. Moore’s Law states that the number of transistors on an integrated circuit doubles every two years or so. That has produced an exponential increase in the number of transistors on microchips and continues to do so.

But if an observer today was to measure this rate of increase, it would be straightforward to extrapolate backwards and work out when the number of transistors on a chip was zero. In other words, the date when microchips were first developed in the 1960s.

Siberia may not be everyone’s idea of a tourist destination, but it has been home to humans for tens of thousands of years. Now a new study of indigenous Siberian peoples presented here earlier this month at a meeting on human evolution reveals how natural selection helped people adapt to the frigid north. The findings also show that different living populations adapted in somewhat different ways.

Siberia occupies nearly 10% of Earth’s land mass, but today it’s home to only about 0.5% of the world’s population. This is perhaps not surprising, since January temperatures average as low as -25°C. Geneticists have sampled only a few of the region’s nearly one dozen indigenous groups; some, such as the 2000-member Teleuts, descendants of a once powerful group of horse and cattle breeders also known for their skill in making leather goods, are in danger of disappearing.

Previous research on cold adaptation included two Siberian populations and implicated a couple of related genes. For example, genes called UCP1 and UCP3 tend to be found in more active forms in populations that live in colder climes, according to work published in 2010 by University of Chicago geneticist Anna Di Rienzo and her colleagues. These genes help the body’s fat stores directly produce heat rather than producing chemical energy for muscle movements or brain functions, a process called “nonshivering thermogenesis.”

Excerpt from an article written by Michael Balter on Science NOW. Continue HERE

Using genetic analyses, scientists have discovered that Northern European populations—including British, Scandinavians, French, and some Eastern Europeans—descend from a mixture of two very different ancestral populations, and one of these populations is related to Native Americans. This discovery helps fill gaps in scientific understanding of both Native American and Northern European ancestry, while providing an explanation for some genetic similarities among what would otherwise seem to be very divergent groups. This research was published in the November 2012 issue of the Genetics Society of America’s journal Genetics.

Earlier this week, in questioning the significance of a “scientists find internet-addiction gene” story, I conceded that the scientific study in question did find something interesting: A gene that seems to be (very modestly) correlated with internet addiction also plays a role in nicotine addiction.

Maybe this nicotine connection is what prompted the German scientist who was the lead author of the study to declare that, thanks to his work, we now know that “internet addiction is not a figment of our imagination.” After all, if a gene involved in a manifestly chemical addiction, like nicotine addiction, is also involved in something people doubt is literally an addiction, then that should remove the doubt, no?

No. Whether heavy internet use deserves to be called an addiction or just a hard-to-break habit is a question about a behavior pattern and its attendant psychological states. To answer it we ask such things as how strong the cravings for the internet are, what lengths a person will go to in order to satisfy them, and so on. But even if we decide, after answering such questions, that a given person’s internet dependence amounts only to a habit, and doesn’t warrant the “addiction” label, it still makes sense that genes which mediate chemical addictions–nicotine, cocaine, whatever–would be involved.

Excerpt of an article written by Robert Wright, The Atlantic. Continue HERE

A team of geneticists has announced that they have successfully bred fruit flies with the capacity to count.

After repeatedly subjecting fruit flies to a stimulus designed to teach numerical skills, the evolutionary geneticists finally hit on a generation of flies that could count — it took 40 tries before the species’ evolution occurred. The findings, announced at the First Joint Congress on Evolutionary Biology in Canada, could lead to a better understanding of how we process numbers and the genetics behind dyscalculia — a learning disability that affects a person’s ability to count and do basic arithmetic.

One of the touchiest subjects in human evolutionary biology—or human biology in general—is the question of whether there are human races. Back in the bad old days, it was taken for granted that the answer was not only “yes,” but that there was a ranking of races (invariably done by white biologists), with Caucasians on top, Asians a bit lower, and blacks invariably on the bottom. The sad history of biologically based racism has been documented in many places, including Steve Gould’s book The Mismeasure of Man (yes, I know it’s flawed).

But from that sordid scientific past has come a backlash: the subject of human races, or even the idea that they exist, has become taboo. And this despite the palpable morphological differences between human groups—differences that must be based on genetic differences and would, if seen in other species, lead to their classification as either races or subspecies (the terms are pretty interchangeable in biology). Racial delimitation could, critics say, lead to a resurgence of racism, racial profiling, or even eugenics.

Excerpt of a text via Why Evolution is True. Continue HERE

Previously on Wanderlust: What is Race? Bodies with Histories: The New Search for the Biology of Race 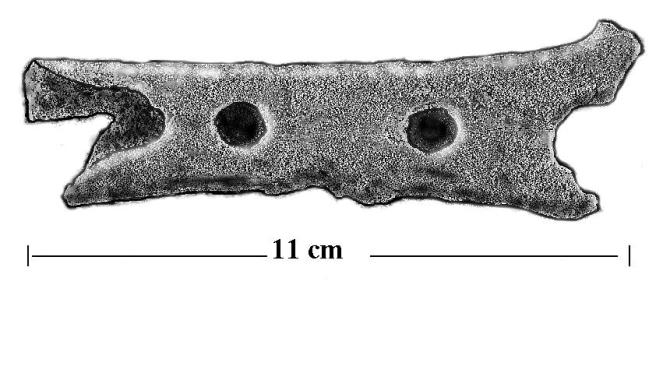 Did Neanderthals sing? Is there a “music gene”? Two scientists debate whether our capacity to make and enjoy songs comes from biological evolution or from the advent of civilization.

Music is everywhere, but it remains an evolutionary enigma. In recent years, archaeologists have dug up prehistoric instruments, neuroscientists have uncovered brain areas that are involved in improvisation, and geneticists have identified genes that might help in the learning of music. Yet basic questions persist: Is music a deep biological adaptation in its own right, or is it a cultural invention based mostly on our other capacities for language, learning, and emotion? And if music is an adaptation, did it really evolve to promote mating success as Darwin thought, or other for benefits such as group cooperation or mother-infant bonding?

Excerpt of an article written by Gary Marcus and Geoffrey Miller, at The Atlantic. Continue HERE

Image above: A neanderthal instrument. A 40,000 year old flute at Divje Babe, Slovenia. Via Glen Morton.

Accounts of development and evolution typically involve complementary notions of prespecification–organismic and environmental ‘labeling,’ if you will. In the case of development these can take the form of genetic programs or instructions and the like, while descriptions of evolution often invoke preexisting environmental demands or problems that organisms must meet.
The traditions of thought informing The Embodied Mind and Developmental Systems Theory (DST) both challenge such ways of conceiving life processes. Yet these traditions sprang from different grounds, and they bring distinctive sensibilities to their overlapping projects. I describe the systemic contingencies of self-organizing systems in DST, pointing out the importance of alternative pathways, both in biological processes and the theorizing they inspire.

Jan Sapp: Few concepts are as emotionally charged as that of race. The word conjures up a mixture of associations—culture, ethnicity, genetics, subjugation, exclusion and persecution. But is the tragic history of efforts to define groups of people by race really a matter of the misuse of science, the abuse of a valid biological concept? Is race nevertheless a fundamental reality of human nature? Or is the notion of human “races” in fact a folkloric myth? Although biologists and cultural anthropologists long supposed that human races—genetically distinct populations within the same species—have a true existence in nature, many social scientists and geneticists maintain today that there simply is no valid biological basis for the concept.

The consensus among Western researchers today is that human races are sociocultural constructs. Still, the concept of human race as an objective biological reality persists in science and in society. It is high time that policy makers, educators and those in the medical-industrial complex rid themselves of the misconception of race as type or as genetic population. This is the message of two recent books: Race?: Debunking a Scientific Myth, by Ian Tattersall and Rob DeSalle, and Race and the Genetic Revolution: Science, Myth, and Culture, edited by Sheldon Krimsky and Kathleen Sloan. Both volumes are important and timely. Both put race in the context of the history of science and society, relating how the ill-defined word has been given different meanings by different people to refer to groups they deem to be inferior or superior in some way.

The claim by Ion Torrent on Tuesday that a reasonably affordable machine capable of mapping an individual’s complete genetic makeup for $1,000 will be ready by the end of the year has technology geeks in a tizzy.

The $1,000 genome has been hotly sought ever since a crude map of the human genome was first published in 2001. The Carlsbad, Calif. biotech company, part of Life Technologies, will sell its device to research labs and medical clinics for $99,000 to $149,000, compared to the current price of about $750,000 for existing sequencers, Reuters reported on its website Tuesday. According to Reuters, a doctor will be able to sequence a patient’s entire genome for $1,000, compared to the current rate of $3,000 just to test for breast cancer gene mutations, for example. And the company says its new machine can complete the genome analysis within a day, rather than the two months previously needed.

It’s widely believed this type of genetic analysis will revolutionize medicine, that patients will learn their risk profile for potential diseases by having their DNA read right in the doctor’s office. Drugs and vaccines will be designed to fit our genes, in order to maximize efficacy and minimize any side-effects. Newborn babies would have someone peek at their genes so parents could take steps to prevent genetic risks from becoming realities. 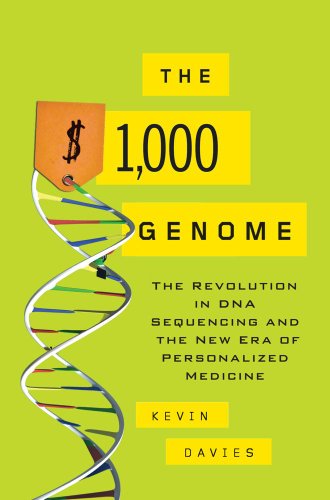