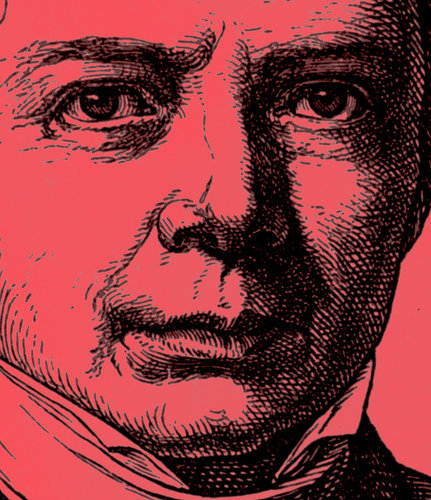 Most works in philosophy enter the world quietly, but not Thomas Nagel’s recent “Mind and Cosmos.” With its chin-leading subtitle, “Why the Materialist Neo-Darwinian Conception of Nature Is Almost Certainly False,” the slim volume met with a firestorm of indignation from critics who thought Nagel had lost his mind or, worse, had thrown in with intelligent design theory. (Steven Pinker tweeted: “What has gotten into Thomas Nagel? . . . a once-great thinker.”) What incited the reaction was Nagel’s questioning whether advances in neuroscience are on the verge of resolving the mysteries of consciousness, and with it issues that have fueled philosophical speculation for centuries, from subjectivity to free will.

Rather like Nagel, but angrier, is the novelist and critic Curtis White. Though neither a research scientist nor a trained philosopher, he is infuriated by the sunny confidence of neuroscience, arguing that it is not just a product of ambitious overreach but, more, a willful act of arrogance. In his rambling book “The Science Delusion,” he writes that the coming battle in this neo-Darwinian culture war will be an all-out assault against imagination by scientists and popular science journalists: “Freed at last from the limits imposed by religion, science has extended its ambitions beyond the debunking of Christian dogma. It has now turned its attention to another old competitor, the secular world of the humanities and the arts.” This may come as news to some of White’s would-be shock troops, who generally haven’t announced their hostile intentions to art and the imagination, but White sees their pernicious effects spreading across contemporary American life.

Excerpt from an article written by ERIC BANKS at NYT. Continue THERE

Free will has long been a fraught concept among philosophers and theologians. Now neuroscience is entering the fray.

For centuries, the idea that we are the authors of our own actions, beliefs, and desires has remained central to our sense of self. We choose whom to love, what thoughts to think, which impulses to resist. Or do we?

Neuroscience suggests something else. We are biochemical puppets, swayed by forces beyond our conscious control. So says Sam Harris, author of the new book, Free Will (Simon & Schuster), a broadside against the notion that we are in control of our own thoughts and actions. Harris’s polemic arrives on the heels of Michael S. Gazzaniga’s Who’s In Charge? Free Will and the Science of the Brain (HarperCollins), and David Eagleman’s Incognito: The Secret Lives of the Brain (Pantheon), both provocative forays into a debate that has in recent months spilled out onto op-ed and magazine pages, and countless blogs.

What’s at stake? Just about everything: morality, law, religion, our understanding of accountability and personal accomplishment, even what it means to be human. Harris predicts that a declaration by the scientific community that free will is an illusion would set off “a culture war far more belligerent than the one that has been waged on the subject of evolution.”

The Chronicle Review brought together some key thinkers to discuss what science can and cannot tell us about free will, and where our conclusions might take us.

You Don’t Have Free Will
Jerry A. Coyne

Free Will Is an Illusion, but You’re Still Responsible for Your Actions
Michael S. Gazzaniga

The End of (Discussing) Free Will
Owen D. Jones

Free Will Does Not Exist. So What?
Paul Bloom