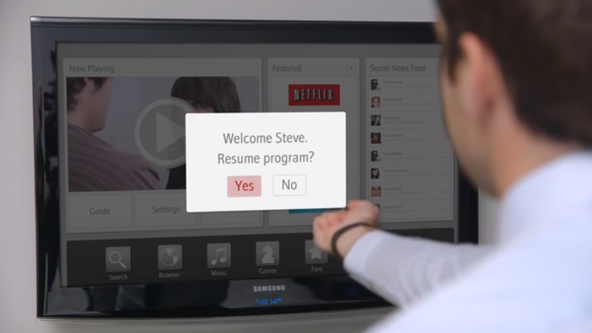 How does a machine verify the identity of a human being? Irises, heartbeats, fingertips and voices, for starters.

Authentication has been a tough nut to crack since the early days of the Web. Now comes a batch of high-tech alternatives, some straight from science fiction, as worries grow about the security risks associated with traditional user name and password systems.

Apple on Tuesday introduced two new iPhones, including for the first time a model with a fingerprint sensor that can be used instead of a passcode to open the phone and buy products. The new feature is part of a trove of authentication tools being developed for consumers, and not just for phones.

Some of these, like the fingerprint sensor, involve the immutable properties humans are encoded with, while others turn our phones into verification devices.

Excerpt from an article written by SOMINI SENGUPTA at NYT. Continue THERE

“The advent of the Internet, with sophisticated algorithmic search engines, has made accessing information as easy as lifting a finger. No longer do we have to make costly efforts to find the things we want. We can “Google” the old classmate, find articles online, or look up the actor who was on the tip of our tongue. The results of four studies suggest that when faced with difficult questions, people are primed to think about computers and that when people expect to have future access to information, they have lower rates of recall of the information itself and enhanced recall instead for where to access it. The Internet has become a primary form of external or transactive memory, where information is stored collectively outside ourselves.”