Science fiction is a genre that uses strange worlds and inventions to illuminate our reality — sort of the opposite of a lot of other writing, which uses the familiar to build a portrait that cumulatively shows how insane our world actually is. People, especially early twenty-first century people, live in a world where strangeness lurks just beyond our frame of vision — but we can’t see it by looking straight at it. When we try to turn and confront the weird and unthinkable that’s always in the corner of our eye, it vanishes. In a sense, science fiction is like a prosthetic sense of peripheral vision.

Excerpt from an article written by Charlie Jane Anders at io9. Continue HERE

Decades of research in biological anthropology have led to one simple conclusion: Race is a biological fiction; human variation is real. People do indeed vary in their biology all around the world. That variation just does not fall into the simple slots imagined by government forms, discussed in locker rooms, and shown on television. Humans are more complex than white, black, red, and yellow.

Decades of research in cultural anthropology have led to one simple conclusion: Race as a social construction is real, and this social reality shapes people’s everyday lives, including their bodies. Some societies do indeed divide up people by color, and those divisions make a difference in people’s lives. The way those divisions make a difference is not just through stereotypes and race-based thinking, but also through how “races” have divided people in economic and historical terms. People’s lives were not and are not the same because of race as a social phenomenon.

Race as a social phenomenon has real biological effects. We understand now from human development that people’s experiences, from being marginalized to expecting discrimination, have definite, often unhealthy outcomes. The converse of this point is also true: race as white is as embodied as race as black or any other color. In the case of white privilege in the United States, this embodied space often has positive biological effects: better nutrition, less stress, less fear, and so forth. This lack of equality because of race also has another name: injustice.

How can you tell if an ancient story is completely fictional or based on reality? One method, says a team of physicists, is to map out the social network of the characters and test whether it looks like a real social network. When they used that method for three ancient myths, they found that the characters have surprisingly realistic relationships.

Ancient stories are called myths for a reason. No one believes that Beowulf, the hero of the Anglo-Saxon epic, slew a talking monster named Grendel. Or that the Greek gods described in The Iliad actually appeared on Earth to intervene in the Trojan War. But historians and archaeologists agree that much of those ancient narratives was based on real people and events. The supernatural features of the narrative were then layered onto reality. 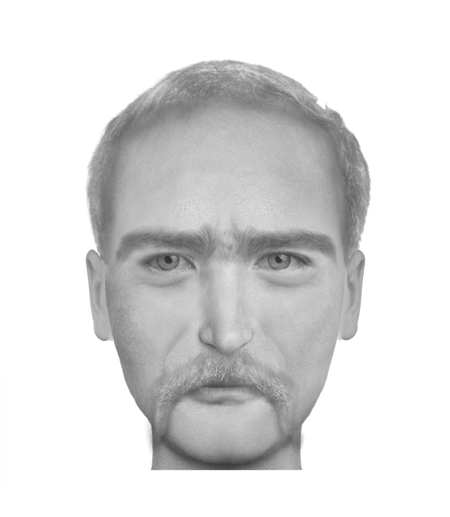 Brian Joseph Davis collects faces. Specifically, he collects the faces of fictional characters on The Composites, his blog of police sketches driven by reader suggestions. We talked with Brian about his motivations and process, and we followed him through the creation of one of our own favorite faces.

The Automatypewriter is a typewriter that can type on its own, as well as detect what you type on it. By reading what it types to you and responding, it can be used interactively to play a game or participate in a story (in this case, Zork).

Text via Up, not North

The key passage in John D’Agata and Jim Fingal’s “The Lifespan of a Fact” (W.W. Norton: 124 pp., $17.95 paper) comes late in the book, during an exchange on the role of fact in the amorphous genre known as literary nonfiction, or creative nonfiction, or literary journalism, or, in D’Agata’s usage, “the essay.” D’Agata and Fingal are arguing about intent, and the extent to which, or whether, invention ought to be allowed.

It’s an essential question, albeit one that’s been boiled down to sound-bite status in recent years, after mini-tempests over James Frey, Margaret Seltzer and other memoirists who embellish, or falsify, their memories, and D’Agata, for one, has had enough. “I’m not calling this ‘nonfiction,'” he writes, “and neither do I tend to call anything that I write ‘nonfiction,’ because I don’t accept that term as a useful description of anything that I value in literature. The only reason this is being labeled ‘nonfiction’ by your editors is because that is one of the two binary categories that editors allow in prose.”

“The Lifespan of a Fact” offers an extended debate on that issue between D’Agata, author of the searingly good book “About a Mountain” and editor of “The Next American Essay,” and Fingal, a former fact-checker at McSweeney’s and the Believer. At the heart of their discussion is an essay D’Agata wrote, which later helped inspire “About A Mountain,” about the suicide of 16-year-old Levi Presley, who jumped from the tower observation deck of Las Vegas’ Stratosphere hotel in 2002. Commissioned by Harper’s, the piece was rejected and picked up by the Believer after many of its details could not be verified.