Sure, at this point we just continue with Facebook because it is interesting to see the collapse of a city, we were brought into, from within.

“It is very unnerving to be proven wrong, particularly when you are really right and the person who is really wrong is proving you wrong and proving himself, wrongly, right.”
― Lemony Snicket, The Blank Book

“Wrong does not cease to be wrong because the majority share in it.”
― Leo Tolstoy, A Confession

“It is not truth that matters, but victory.”
― Adolf Hitler 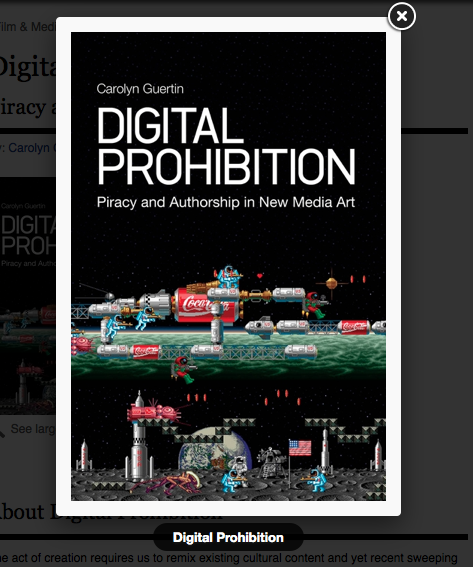 The act of creation requires us to remix existing cultural content and yet recent sweeping changes to copyright laws have criminalized the creative act as a violation of corporate rights in a commodified world. Copyright was originally designed to protect publishers, not authors, and has now gained a stranglehold on our ability to transport, read, write, teach and publish digital materials.

Contrasting Western models with issues of piracy as practiced in Asia, Digital Prohibition explores the concept of authorship as a capitalist institution and posits the Marxist idea of the multitude (à la Antonio Negri and Michael Hardt, and Paulo Virno) as a new collaborative model for creation in the digital age. Looking at how digital culture has transformed unitary authorship from its book-bound parameters into a collective and dispersed endeavor, Dr. Guertin examines process-based forms as diverse as blogs, Facebook, Twitter, performance art, immersive environments, smart mobs, hacktivism, tactical media, machinima, generative computer games (like Spore and The Sims) and augmented reality.

Text and Image via Bloomsbury 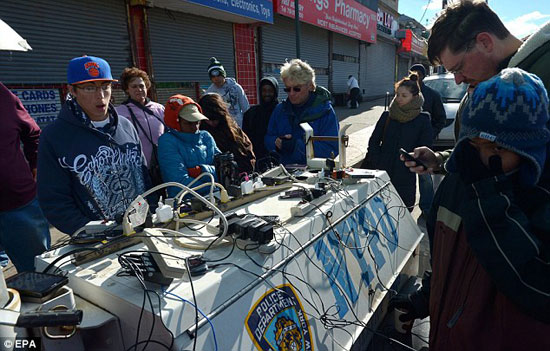 New York city police supply a generator so that victims of hurricane Sandy can charge their cell phones.

Headlines, 2012: “Next time you’re hiring, forget personality tests, just check out the applicant’s Facebook profile instead.” – “Stephanie Watanabe spent nearly four hours Thursday night unfriending about 700 of her Facebook friends—and she isn’t done yet” – “Facebook apology or jail time: Ohio man gets to choose” – “Study: Facebook users getting less friendly” – “Women tend to have stronger feelings regarding who has access to their personal information” (Mary Madden) – “All dressed up and no place to go” (Wall Street Journal) – “I’m making more of an effort to be social these days, because I don’t want to be alone, and I want to meet people” (Cindy Sherman) – “30 percent posted updates that met the American Psychiatric Association’s criteria for a symptom of depression, reporting feelings of worthlessness or hopelessness, insomnia or sleeping too much, and difficulty concentrating” – Control your patients: “Do you hire someone in the clinic to look at Facebook all day?” Dr. Moreno asked. “That’s not practical and borders on creepy.” – “Hunt for Berlin police officer pictured giving Nazi salute on Facebook” – “15-year-old takes to Facebook to curse and complain about her parents. The disgusted father later blasts her laptop with a gun.”

The use of the word “social” in the context of information technology goes back to the very beginnings of cybernetics. It later pops up in the 1980s context of “groupware.” The recent materialist school of Friedrich Kittler and others dismissed the use of the word “social” as irrelevant fluff—what computers do is calculate, they do not interfere in human relations. Holistic hippies, on the other hand, have ignored this cynical machine knowledge and have advanced a positive, humanistic view that emphasizes computers as tools for personal liberation. This individualistic emphasis on interface design, usability, and so on was initially matched with an interest in the community aspect of computer networking. Before the “dot-com” venture capitalist takeover of the field in the second half of the 1990s, progressive computing was primarily seen as a tool for collaboration among people. 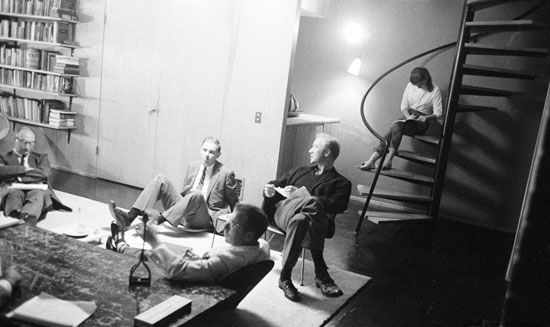 How can you tell if an ancient story is completely fictional or based on reality? One method, says a team of physicists, is to map out the social network of the characters and test whether it looks like a real social network. When they used that method for three ancient myths, they found that the characters have surprisingly realistic relationships.

Ancient stories are called myths for a reason. No one believes that Beowulf, the hero of the Anglo-Saxon epic, slew a talking monster named Grendel. Or that the Greek gods described in The Iliad actually appeared on Earth to intervene in the Trojan War. But historians and archaeologists agree that much of those ancient narratives was based on real people and events. The supernatural features of the narrative were then layered onto reality. 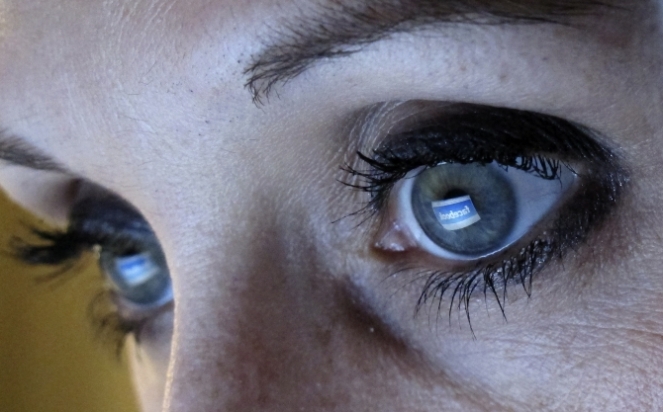 Many people constantly update about their lives on social networking sites like Facebook and Twitter mainly because of the “kicks” that self-disclosure offers, according to a new Harvard study.

The study found that sharing personal information is as good as eating food or even having sex. The nucleus accumbens (NAcc) and the ventral tegmental area (VTA), regions that are associated with reward, were active when people talked about themselves. 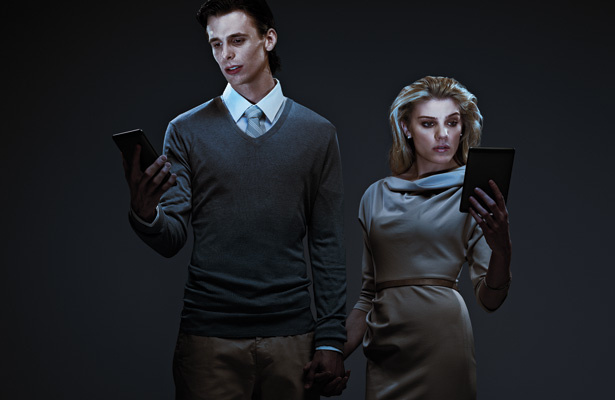 Social media—from Facebook to Twitter—have made us more densely networked than ever. Yet for all this connectivity, new research suggests that we have never been lonelier (or more narcissistic)—and that this loneliness is making us mentally and physically ill. A report on what the epidemic of loneliness is doing to our souls and our society.

Yvette Vickers, a former Playboy playmate and B-movie star, best known for her role in Attack of the 50 Foot Woman, would have been 83 last August, but nobody knows exactly how old she was when she died. According to the Los Angeles coroner’s report, she lay dead for the better part of a year before a neighbor and fellow actress, a woman named Susan Savage, noticed cobwebs and yellowing letters in her mailbox, reached through a broken window to unlock the door, and pushed her way through the piles of junk mail and mounds of clothing that barricaded the house. Upstairs, she found Vickers’s body, mummified, near a heater that was still running. Her computer was on too, its glow permeating the empty space.

The Los Angeles Times posted a story headlined “Mummified Body of Former Playboy Playmate Yvette Vickers Found in Her Benedict Canyon Home,” which quickly went viral. Within two weeks, by Technorati’s count, Vickers’s lonesome death was already the subject of 16,057 Facebook posts and 881 tweets. She had long been a horror-movie icon, a symbol of Hollywood’s capacity to exploit our most basic fears in the silliest ways; now she was an icon of a new and different kind of horror: our growing fear of loneliness. Certainly she received much more attention in death than she did in the final years of her life. With no children, no religious group, and no immediate social circle of any kind, she had begun, as an elderly woman, to look elsewhere for companionship. Savage later told Los Angeles magazine that she had searched Vickers’s phone bills for clues about the life that led to such an end. In the months before her grotesque death, Vickers had made calls not to friends or family but to distant fans who had found her through fan conventions and Internet sites.

Excerpt of an article written by Stephen Marche, The Atlantic. Continue HERE
Above Image: Phillip Toledano.
Title of this post by Katie Fahey.