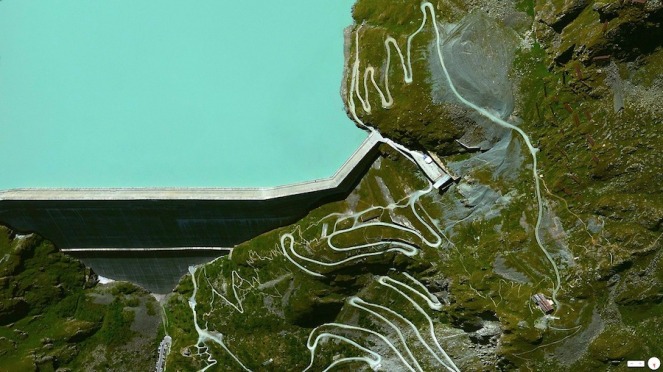 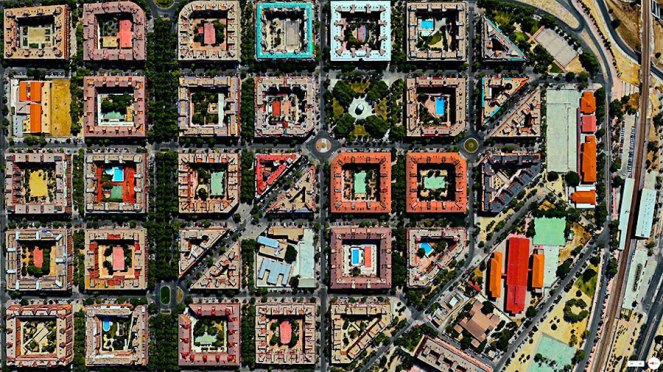 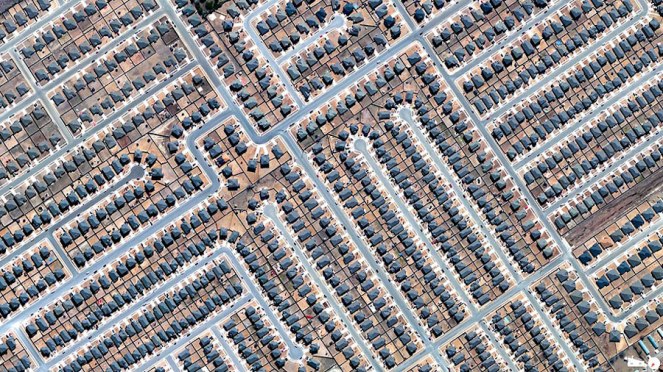 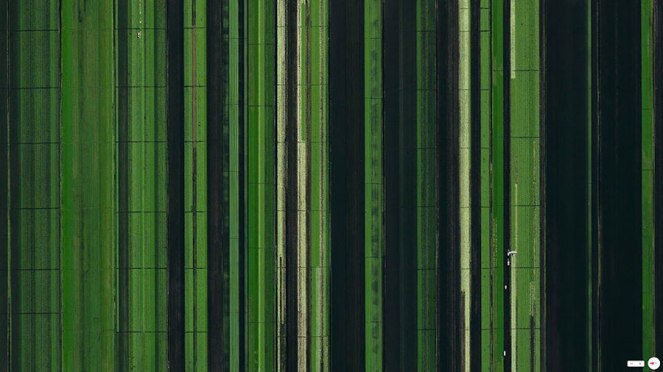 Daily Overview is a project that shares one satellite photo from Digital Globes a day in an attempt to change the way we see our planet Earth.

The project was inspired by the Overview Effect, which first described by author Frank White in 1987 as an experience that transforms astronauts’ perspective of Earth and mankind’s place upon it. They’re having a feeling of awe for the planet, a profound understanding of the interconnection of all life, and a renewed sense of responsibility for taking care of the environment.

A group led by Dr. Robert Costanza has calculated the value of the world’s ecosystems…the group’s most recent estimate puts the yearly value at $142.7 trillion.

“I think this is a very important piece of science,” said Douglas J. McCauley of the University of California, Santa Barbara. That’s particularly high praise coming from Dr. McCauley, who has been a scathing critic of Dr. Costanza’s attempt to put price tags on ecosystem services.

“This paper reads to me like an annual financial report for Planet Earth,” Dr. McCauley said. “We learn whether the dollar value of Earth’s major assets have gone up or down.”

The group last calculated this value back in 1997 and it rose sharply over the past 17 years, even as those natural habitats are disappearing. Dr. Costanza and his colleagues estimate that the world’s reefs shrank from 240,000 square miles in 1997 to 108,000 in 2011.

Read Full Article at the NYTimes

Anarchic eco-charity Fuck for Forest wants you to get horny, get naked and save the world. Dedicated to the belief that personal sexual liberation can radically alter humanity’s relationship to the earth, Fuck for Forest’s modus operandi is to mix the serious business of survival with pleasure—they sell self-produced erotica online to benefit the environment. Despite enormous success (with over 400,000 euro in the bank) the members live a largely frugal existence, wandering through Germany without a cent in their pockets, playing music, converting passersby and exuberantly staging public sexual demonstrations. But the Western privilege that enables the group’s excess and devil-may-care optimism is precisely what throws their project into turmoil when the time comes to turn beliefs into actions. Fuck for Forest is a barely believable real-world story from director Michał Marczak (winner of the Emerging Artist Award at Hot Docs 2011) detailing a calamitous meeting of optimism and reality.

Written by Eli Horwatt. Via HotDocs

On the 40th anniversary of the famous ‘Blue Marble’ photograph taken of Earth from space, Planetary Collective presents a short film documenting astronauts’ life-changing stories of seeing the Earth from the outside – a perspective-altering experience often described as the Overview Effect.

The Overview Effect, first described by author Frank White in 1987, is an experience that transforms astronauts’ perspective of the planet and mankind’s place upon it. Common features of the experience are a feeling of awe for the planet, a profound understanding of the interconnection of all life, and a renewed sense of responsibility for taking care of the environment.

“When we look down at the Earth from space we see this amazing, indescribably beautiful planet – it looks like a living, breathing organism. But it also, at the same time, looks extremely fragile.”

– Ron Garan (quote from the film)

‘Overview’ is a short film that explores this phenomenon through interviews with five astronauts who have experienced the Overview Effect. The film also features insights from commentators and thinkers on the wider implications and importance of this understanding for society, and our relationship to the environment.

Only two bodies in the Solar System are known to have persistent surface liquid: Earth and Saturn’s moon Titan. Unlike Earth, Titan’s liquid is methane rather than water, and most of the methane is in the moon’s thick atmosphere instead of on the surface. Therefore, instead of large oceans, Titan possesses smaller, shallower seas in the polar regions. The equatorial region is marked by sand dunes, similar to fields found on Earth. Studies of Titan’s atmosphere show the tropics to be free of precipitation, making it drier than the driest desert on Earth.

However, analysis of Cassini space probe data from 2004 through 2008 may have found as many as five tropical lakes on Titan. Spectral analysis by Caitlin A. Griffith et al. revealed an oval region that absorbs infrared light, an effect consistent with a small lake of liquid methane at least 2 meters deep. They also identified four other candidate lakes, but the data was far less clear. In the absence of rain, the authors suggest the most likely source for these lakes is subsurface—making them desert oases.

Excerpt of an article written by Matthew Francis at Ars Technica. Continue HERE 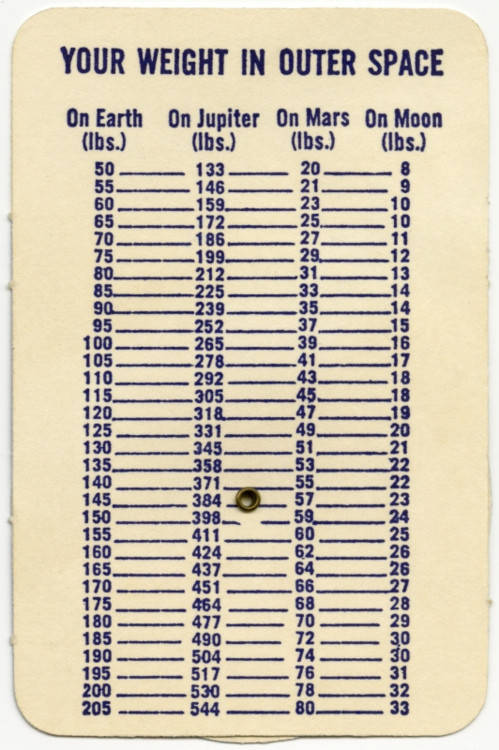 Unthinkable as it may be, humanity, every last person, could someday be wiped from the face of the Earth. We have learned to worry about asteroids and supervolcanoes, but the more-likely scenario, according to Nick Bostrom, a professor of philosophy at Oxford, is that we humans will destroy ourselves.

Bostrom, who directs Oxford’s Future of Humanity Institute, has argued over the course of several papers that human extinction risks are poorly understood and, worse still, severely underestimated by society. Some of these existential risks are fairly well known, especially the natural ones. But others are obscure or even exotic. Most worrying to Bostrom is the subset of existential risks that arise from human technology, a subset that he expects to grow in number and potency over the next century.

Despite his concerns about the risks posed to humans by technological progress, Bostrom is no luddite. In fact, he is a longtime advocate of transhumanism—the effort to improve the human condition, and even human nature itself, through technological means. In the long run he sees technology as a bridge, a bridge we humans must cross with great care, in order to reach new and better modes of being. In his work, Bostrom uses the tools of philosophy and mathematics, in particular probability theory, to try and determine how we as a species might achieve this safe passage. What follows is my conversation with Bostrom about some of the most interesting and worrying existential risks that humanity might encounter in the decades and centuries to come, and about what we can do to make sure we outlast them.

Excerpt of an article by Ross Andersen at The Atlantic. Continue HERE

Gravity varies slightly, wherever you go. So can we measure this phenomenon with a set of Kern scales and our traveling assistant? Watch the film or explore the results so far.

If Earth was a perfect sphere of uniform density, then gravity would be consistent. But it’s not, which means gravity varies wherever you go. So can we chart those discrepancies using just a basic-range Kern scale?

We’re shipping our Gnome Kit from scientist to scientist around the world. Join the experiment and you’ll receive:

1x Kern Gnome
The perfect test-subject for two good reasons: Gnomes are already accustomed to traveling the world. They also originate from our homeland, Germany.

1x Lab gloves & 1 x Air duster
Important because dust or grease will reduce the accuracy of the results.

A scale model of our solar system in twelve 500 page volumes printed-on-demand. On page 1 the Sun, on page 6,000 Pluto. The width of each page equals one million kilometers.

This film takes us through the first volume where we encounter the Sun, Mercury, Venus, Earth, Mars and the Asteroid Belt.

Order the set from mishkahenner.com

Paul Scott Anderson at Universe Today: As “we” continue to explore farther out into our solar system and beyond, the question of habitation or colonization inevitably comes up. Manned bases on the Moon or Mars for example, have long been a dream of many. There is a natural desire to explore as far as we can go, and also to extend humanity’s presence on a permanent or at least semi-permanent basis. In order to do this, however, it is necessary to adapt to different extreme environments. On the Moon for example, a colony must be self-sustaining and protect its inhabitants from the airless, harsh environment outside.

Mars, though, is different. While future bases could adapt to the Martian environment as well, there is also the possibility of modifying the surrounding environment instead of just co-existing with it. This is the process of terraforming – essentially trying to tinker with Mars’ atmosphere and environment to make it more Earth-like. Although still a long ways off technologically, terraforming the Red Planet is seen as a future possibility. Perhaps the bigger question is, should we? Continue HERE