The Tasveer Journal is an online magazine for photography in India. New articles are added each week showcasing work from the 19th century to today – contributed and contextualised by our network of critics, writers and curators. 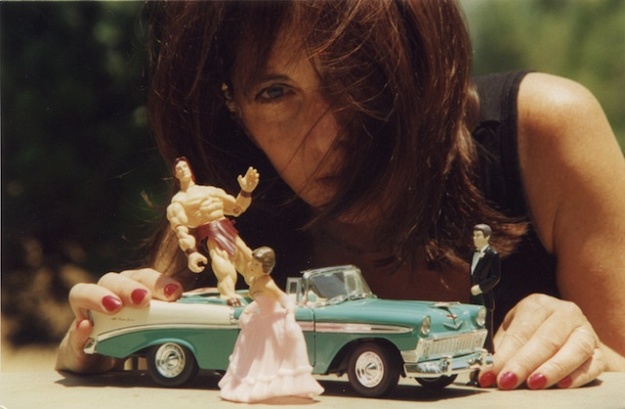 Where Art Belongs, the title of Chris Kraus’s latest collection of essays, sounds corrective. As if, instead of in its proper place, art is elsewhere. It has been mislaid, like a cell phone. Or perhaps, like a vase, not so much lost as thoughtlessly positioned. Where is art, and who put it there?

Anyone who has read Kraus’s earlier work can guess who she’ll bring in for questioning. “Until recently,” Kraus wrote in her previous essay collection, 2004’s Video Green: Los Angeles Art and the Triumph of Nothingness, “there was absolutely no chance of developing an art career in Los Angeles without attending one of several high-profile MFA studio programs,” including ones at institutions where Kraus herself has taught. (Since the late 1990s, she has held teaching positions at a number of schools in California, including UC San Diego, UC Irvine, and Pasadena’s Art Center College of Design.) The MFA is a “two-year hazing process” “essential to the development of value in the by-nature elusive parameters of neoconceptual art. Without it, who would know which cibachrome photos of urban signage, which videotapes of socks tossing around a dryer, which neominimalist monochrome paintings are negligible, and which are destined to be art?”

Duly initiated in sock videos, artists graduate to a handful of galleries, where their advanced degrees reassure collectors intending to get their money’s worth. The MFA is a quality assurance stamp, certifying that no matter what a piece looks like on the surface, it is guaranteed to be full of art-historical references. Alternative exhibition spaces are “dead-end ghettos, where no one, least of all ambitious students, from the art world goes.” While curators and professors consider the continuum between MFAs and galleries a “plus”—“what makes LA so great,” chirps one gallery owner, “is that the school program is actually a vital part of the community”—Kraus had her doubts. What “community” were these people talking about? “It is bizarre,” she observed, “that here, in America’s second largest city, contemporary art should have come to be so isolated and estranged from the experience of the city as a whole.”

Synopsis: This conference aims to reflect on the relevance of the concept of dissidence for architectural practice today. Although dissidence has been primarily associated with architectural practices in the Eastern Bloc at the end of the Cold War period, contemporary architectural and other aesthetic practices have in recent years developed a host of new methodologies and techniques for articulating their distance from and critique of dominant political and financial structures. Architecture and the Paradox of Dissidence asks how we can conceive of the contemporary political problems and paradoxes of architecture in relation to their precedents? Devoid of the agency of action, Cold War dissidents articulated their positions in drawings of fantasy-like paper architecture, while contemporary forms of architectural practice seem to gravitate towards activism and direct-action in the world. The political issues – from interventions in charged areas worldwide to research in conflict zones and areas undergoing transformations – currently stimulate a field of abundant invention in contemporary architecture. Both, Cold War dissidents and contemporary activists encounter problems and paradoxes and must navigate complex political force fields within which possible complicities are inherent risks.

New forms of critical practice, and political and spatial dissent are manifold, appearing in stark contrast to contemporary architectural practice in which professional courage seems to have been translated into structural “virtuosity” of surfaces. This conference seeks to map out and expand on the methodologies of architectural action and reinvigorate the concept of dissent within the architectural/spatial field of the possible. A more historical thread that runs through the programme will seek to weave the genealogy of political/spatial practices from the Cold War dissidents of the Soviet Bloc to the activists of South American favelas.

Dissidents in the former communist countries used a specific set of codes to question the ideological doctrine of the state party. Architects who were otherwise employed in state run architectural collectives, or as staff in architecture schools met to produce writings, private lectures, secret installations and architectural articulations of allegories and legends – activities that challenged the ’stifling’ standardized language of Soviet architecture. Many of these ‘paper architects’ questioned the relationship between art, architecture and politics, but also, and significantly so, the ideological, and thus also ethical function of various forms of ‘creative practices’. The political melt-down of the Soviet Bloc reconfigured this complex field of political codes, architectural gestures and references. The withdrawal of the architect from large ideological concepts regarding social utopias mirrored that fragmentation and dissemination of (neo)liberal market structures. Large ideological battles were replaced with a multiplicity of local, or issue-specific conflicts within which forms of activism have been integrated. Dissent against large integrated and complex networks is no longer possible. All that is left is to navigate the complex fields of forces in a reflective and innovative manner. But can the assemblage of gestures and techniques of past struggles and ‘dilemmas’ of working in politically suppressive regimes help to inform those of today?

The conference thus seeks to attract contemporary spatial practitioners, architects, urbanists, journalists, activists, filmmakers and curators, asking them to reflect upon contemporary forms and conditions of dissent and their potential problems and inevitable paradoxes. It welcomes, too, the reflections of architects and architectural historians to reflect upon previous articulations of political dissent through architectural practice.