If consciousness is just the workings of neurons and synapses, how do we explain the phenomenon of near-death experience? By some accounts, about 3% of the U.S. population has had one: an out-of-body experience often characterized by remarkable visions and feelings of peace and joy, all while the physical body is close to death. To skeptics, there are more plausible, natural explanations, like oxygen deprivation. Is the prospect of an existence after death “real” and provable by science, or a construct of wishful thinking about our own mortality?

Most works in philosophy enter the world quietly, but not Thomas Nagel’s recent “Mind and Cosmos.” With its chin-leading subtitle, “Why the Materialist Neo-Darwinian Conception of Nature Is Almost Certainly False,” the slim volume met with a firestorm of indignation from critics who thought Nagel had lost his mind or, worse, had thrown in with intelligent design theory. (Steven Pinker tweeted: “What has gotten into Thomas Nagel? . . . a once-great thinker.”) What incited the reaction was Nagel’s questioning whether advances in neuroscience are on the verge of resolving the mysteries of consciousness, and with it issues that have fueled philosophical speculation for centuries, from subjectivity to free will.

Rather like Nagel, but angrier, is the novelist and critic Curtis White. Though neither a research scientist nor a trained philosopher, he is infuriated by the sunny confidence of neuroscience, arguing that it is not just a product of ambitious overreach but, more, a willful act of arrogance. In his rambling book “The Science Delusion,” he writes that the coming battle in this neo-Darwinian culture war will be an all-out assault against imagination by scientists and popular science journalists: “Freed at last from the limits imposed by religion, science has extended its ambitions beyond the debunking of Christian dogma. It has now turned its attention to another old competitor, the secular world of the humanities and the arts.” This may come as news to some of White’s would-be shock troops, who generally haven’t announced their hostile intentions to art and the imagination, but White sees their pernicious effects spreading across contemporary American life.

Excerpt from an article written by ERIC BANKS at NYT. Continue THERE

These are stimulating times for anyone interested in questions of animal consciousness. On what seems like a monthly basis, scientific teams announce the results of new experiments, adding to a preponderance of evidence that we’ve been underestimating animal minds, even those of us who have rated them fairly highly. New animal behaviors and capacities are observed in the wild, often involving tool use—or at least object manipulation—the very kinds of activity that led the distinguished zoologist Donald R. Griffin to found the field of cognitive ethology (animal thinking) in 1978: octopuses piling stones in front of their hideyholes, to name one recent example; or dolphins fitting marine sponges to their beaks in order to dig for food on the seabed; or wasps using small stones to smooth the sand around their egg chambers, concealing them from predators. At the same time neurobiologists have been finding that the physical structures in our own brains most commonly held responsible for consciousness are not as rare in the animal kingdom as had been assumed. Indeed they are common. All of this work and discovery appeared to reach a kind of crescendo last summer, when an international group of prominent neuroscientists meeting at the University of Cambridge issued “The Cambridge Declaration on Consciousness in Non-Human Animals,” a document stating that “humans are not unique in possessing the neurological substrates that generate consciousness.” It goes further to conclude that numerous documented animal behaviors must be considered “consistent with experienced feeling states.”

The Cambridge Declaration on Consciousness in Non-Human Animals

Benjamin Betts’ Geometrical Psychology, from 1887, contains a sequence of delicately toned geometric figures intended to represent no less than ‘the evolution of human consciousness from the animal, zero, or starting point, through to the culmination of human possibilities – the transcendental’. Originally educated as an architect, Bett’s resolved to to end his career determined to visualize the internal through his idiosyncratic topological models.

Text and Images via PDR

Where is the experience of red in your brain? The question was put to me by Deepak Chopra at his Sages and Scientists Symposium in Carlsbad, Calif., on March 3. A posse of presenters argued that the lack of a complete theory by neuroscientists regarding how neural activity translates into conscious experiences (such as redness) means that a physicalist approach is inadequate or wrong. The idea that subjective experience is a result of electrochemical activity remains a hypothesis, Chopra elaborated in an e-mail. It is as much of a speculation as the idea that consciousness is fundamental and that it causes brain activity and creates the properties and objects of the material world. 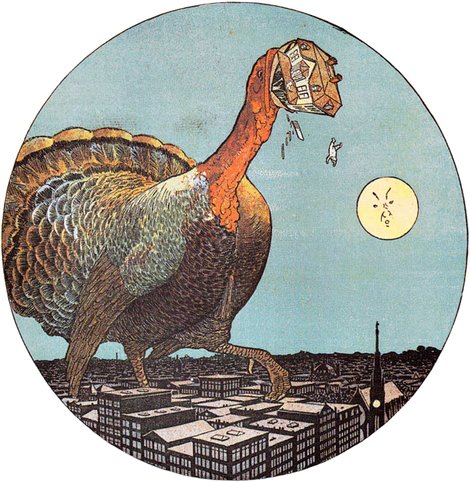 “I hate dreams. Dreams are the Sea Monkeys of consciousness: in the back pages of sleep they promise us teeming submarine palaces but leave us, on waking, with a hermetic residue of freeze-dried dust. The wisdom of dreams is a fortune on paper that you can’t cash out, an oasis of shimmering water that turns, when you wake up, to a mouthful of sand. I hate them for their absurdities and deferrals, their endlessly broken promise to amount to something, by and by. I hate them for the way they ransack memory, jumbling treasure and trash. I hate them for their tedium, how they drag on, peter out, wander off.

Pretty much the only thing I hate more than my own dreams are yours. “I was flying over Lake Michigan in a pink Cessna,” you begin, “only it wasn’t really Lake Michigan…,” and I sink, cobwebbed, beneath a drifting dust of boredom.”

Excerpt of a text written by Michael Chabon, at NYR. Continue HERE
Image from Winsor McCay’s Little Nemo in Slumberland.

Researchers in Spain have found that at least some of the individuals claiming to see the so-called aura of people actually have the neuropsychological phenomenon known as “synesthesia” (specifically, “emotional synesthesia”). This might be a scientific explanation of their alleged ability.

In synesthetes, the brain regions responsible for the processing of each type of sensory stimuli are intensely interconnected. Synesthetes can see or taste a sound, feel a taste, or associate people or letters with a particular color.

The study was conducted by the University of Granada Department of Experimental Psychology Óscar Iborra, Luis Pastor and Emilio Gómez Milán, and has been published in the journal Consciousness and Cognition. This is the first time that a scientific explanation has been provided for the esoteric phenomenon of the aura, a supposed energy field of luminous radiation surrounding a person as a halo, which is imperceptible to most human beings.

Excerpt of an article via Science Daily. Continue HERE

Neuroscientist James Fallon is a self-styled “hobbit scientist.” The rules are simple: Don’t talk to the press and don’t go out of your area of expertise. But when a fascinating new brain scanner enters the lab, Fallon can’t resist. He ends up breaking both rules, and learns a lot more about himself than he bargained for.