One cannot see the nuclear-explosives production facilities built during the Manhattan Project without experiencing a sense of awe at what was accomplished. The scientific, engineering, managerial, labor, and logistical challenges that were met and overcome are separately impressive but, taken together, simply astonishing. It is all the more incredible that this was done in the context of a desperate and bitter war that had already strained the nation’s manpower and resources as never before. Yet appreciation of the monumental achievements of the Manhattan Project cannot be considered without a pang of regret at what it unleashed into the world. It is an enduring paradox and essential human tragedy that so much selfless devotion to cause, so much creative intellectual energy, and so many good intentions gave birth to such a monstrous reality. It is a reality that would threaten the survival of the very civilization that made it possible. Although the end of the Cold War significantly lessened that threat, humankind may never again be free of its shadow.

Words and images via Martin Miller

When the Cold War ended, the work of America’s intelligence analysts suddenly became vastly more difficult. In the past, they had known who the nation’s main adversaries were and what bits of information they needed to acquire about them: the number of SS-9 missiles Moscow could deploy, for example, or the number of warheads each missile could carry. The U.S. intelligence community had been in search of secrets—facts that exist but are hidden by one government from another. After the Soviet Union’s collapse, as Bruce Berkowitz and Allan Goodman observe in Best Truth: Intelligence in the Information Age (2002), it found a new role thrust upon it: the untangling of mysteries.

Computer security expert Susan Landau identifies the 1979 Islamic Revolution in Iran as one of the first indicators that the intelligence community needed to shift its focus from secrets to mysteries. On its surface, Iran was a strong, stable ally of the United States, an “island of stability” in the region, according to President Jimmy Carter. The rapid ouster of the shah and a referendum that turned a monarchy into a theocracy led by a formerly exiled religious scholar left governments around the world shocked and baffled.

Excerpt of an article written by Ethan Zuckerman, at The Wilson Quarterly. Continue HERE
Image via

We live in a time when almost everything can be bought and sold. Over the past three decades, markets—and market values—have come to govern our lives as never before. We did not arrive at this condition through any deliberate choice. It is almost as if it came upon us.

As the Cold War ended, markets and market thinking enjoyed unrivaled prestige, and understandably so. No other mechanism for organizing the production and distribution of goods had proved as successful at generating affluence and prosperity. And yet even as growing numbers of countries around the world embraced market mechanisms in the operation of their economies, something else was happening. Market values were coming to play a greater and greater role in social life. Economics was becoming an imperial domain. Today, the logic of buying and selling no longer applies to material goods alone. It increasingly governs the whole of life.

The years leading up to the financial crisis of 2008 were a heady time of market faith and deregulation—an era of market triumphalism. The era began in the early 1980s, when Ronald Reagan and Margaret Thatcher proclaimed their conviction that markets, not government, held the key to prosperity and freedom. And it continued into the 1990s with the market-friendly liberalism of Bill Clinton and Tony Blair, who moderated but consolidated the faith that markets are the primary means for achieving the public good.

Excerpt of an article written by Michael J. Sandel at The Atlantic. Read it HERE 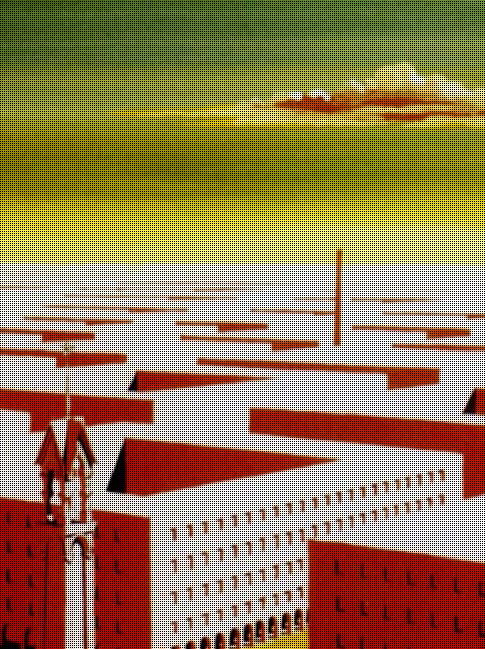 Synopsis: This conference aims to reflect on the relevance of the concept of dissidence for architectural practice today. Although dissidence has been primarily associated with architectural practices in the Eastern Bloc at the end of the Cold War period, contemporary architectural and other aesthetic practices have in recent years developed a host of new methodologies and techniques for articulating their distance from and critique of dominant political and financial structures. Architecture and the Paradox of Dissidence asks how we can conceive of the contemporary political problems and paradoxes of architecture in relation to their precedents? Devoid of the agency of action, Cold War dissidents articulated their positions in drawings of fantasy-like paper architecture, while contemporary forms of architectural practice seem to gravitate towards activism and direct-action in the world. The political issues – from interventions in charged areas worldwide to research in conflict zones and areas undergoing transformations – currently stimulate a field of abundant invention in contemporary architecture. Both, Cold War dissidents and contemporary activists encounter problems and paradoxes and must navigate complex political force fields within which possible complicities are inherent risks.

New forms of critical practice, and political and spatial dissent are manifold, appearing in stark contrast to contemporary architectural practice in which professional courage seems to have been translated into structural “virtuosity” of surfaces. This conference seeks to map out and expand on the methodologies of architectural action and reinvigorate the concept of dissent within the architectural/spatial field of the possible. A more historical thread that runs through the programme will seek to weave the genealogy of political/spatial practices from the Cold War dissidents of the Soviet Bloc to the activists of South American favelas.

Dissidents in the former communist countries used a specific set of codes to question the ideological doctrine of the state party. Architects who were otherwise employed in state run architectural collectives, or as staff in architecture schools met to produce writings, private lectures, secret installations and architectural articulations of allegories and legends – activities that challenged the ’stifling’ standardized language of Soviet architecture. Many of these ‘paper architects’ questioned the relationship between art, architecture and politics, but also, and significantly so, the ideological, and thus also ethical function of various forms of ‘creative practices’. The political melt-down of the Soviet Bloc reconfigured this complex field of political codes, architectural gestures and references. The withdrawal of the architect from large ideological concepts regarding social utopias mirrored that fragmentation and dissemination of (neo)liberal market structures. Large ideological battles were replaced with a multiplicity of local, or issue-specific conflicts within which forms of activism have been integrated. Dissent against large integrated and complex networks is no longer possible. All that is left is to navigate the complex fields of forces in a reflective and innovative manner. But can the assemblage of gestures and techniques of past struggles and ‘dilemmas’ of working in politically suppressive regimes help to inform those of today?

The conference thus seeks to attract contemporary spatial practitioners, architects, urbanists, journalists, activists, filmmakers and curators, asking them to reflect upon contemporary forms and conditions of dissent and their potential problems and inevitable paradoxes. It welcomes, too, the reflections of architects and architectural historians to reflect upon previous articulations of political dissent through architectural practice.