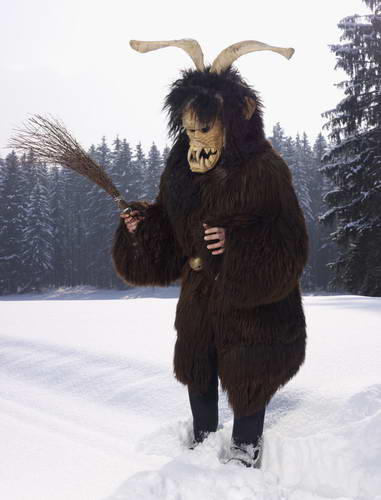 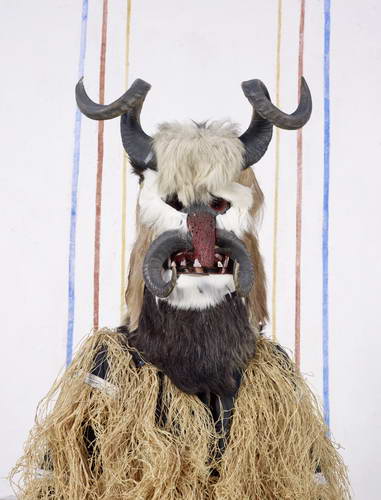 Charles Fréger’s photograph series Wilder Mann compiles a long tradition of European masquerades of outstanding liminal zones at the edge between civilization and wilderness. As he explains, the anthropomorphic figures can be divided into two categories: those who belong to another world and represent a different kind of state or moment of change and transition (the devil, strangers, beggars, madmen, dead men), and those that need to be supplemented by an additional figure and create atypical couples because they represent only half a reality (the beauty and the beast, the human and the animal). Meanwhile, the zoomorphic masks use the most powerful beasts of the area in order to be grateful to the fertility of the soil, fecundity of women or the benignity of weather.

Savage, beautiful and surviving: photos from the wild side

One cannot see the nuclear-explosives production facilities built during the Manhattan Project without experiencing a sense of awe at what was accomplished. The scientific, engineering, managerial, labor, and logistical challenges that were met and overcome are separately impressive but, taken together, simply astonishing. It is all the more incredible that this was done in the context of a desperate and bitter war that had already strained the nation’s manpower and resources as never before. Yet appreciation of the monumental achievements of the Manhattan Project cannot be considered without a pang of regret at what it unleashed into the world. It is an enduring paradox and essential human tragedy that so much selfless devotion to cause, so much creative intellectual energy, and so many good intentions gave birth to such a monstrous reality. It is a reality that would threaten the survival of the very civilization that made it possible. Although the end of the Cold War significantly lessened that threat, humankind may never again be free of its shadow.

Words and images via Martin Miller

Bendito Machine is an animation show which reflects on the innocence of a small, naive and clumsy species that cannot live without their machines, and which is guided by small, enlightened greedy bastards, who believe they have the answers to everything. In fact, this project would not be possible without the brainlessness of this greedy 1%. Let’s be thankful to them. The show covers many topics and contains situations recognizable in every corner of the world, displayed in a primitive way without dialogs. The ebb and flow of this clumsy species, which lives adrift in a vast and mysterious universe, might look pretty familiar to you. “In this beautifully illustrated work, Pietro Laureano shares with us the fruits of more than a quarter of a century of careful observation of traditional knowledge and techniques applied to urban settlements and landscape resources management in all regions of the world. The book introduces us to very sophisticated, thousand-year-old, capacities developed by local communities and civilizations around the world, amongst which water harvesting techniques, recycling of organic wastes and used waters for soil fertility conservation or, in more general terms, the ecosystemic approach to town planning, are anything but new! The volume is also the most convincing illustration of the fact that, whereas modern technological solutions rely on separation and specialization and for most of the time imply the mobilization of external resources, traditional knowledge, which by its very nature applies the principle of integration and uses internal renewable inputs, has proved over time to be effective in the daily struggle of civilizations against adverse environments and, more recently, against desertification.”–Howard Moore, Director Unesco Regional Bureau for
Science in Europe (ROSTE)

Evolution of Water Supply Through the Millennia 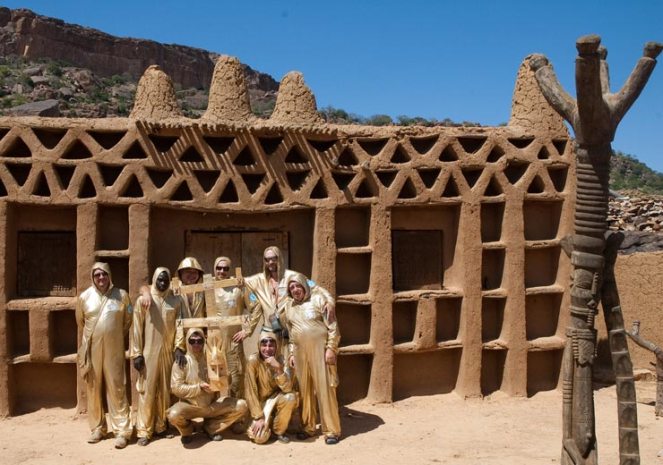 Superpower: Africa in Science Fiction surveys the recent tendency for artists and filmmakers to apply the forms and concerns of science fiction to narratives situated in the African continent. It considers the complex undercurrents for this occurrence in art today, and posits other and possible realities existing simultaneously, via careful re-orientations of tense; elevating the need for vigilance towards the present and future over a concern for the past.

Africa has had a rare yet distinct place in popular science-fiction, from the opening scenes of Stanley Kubrick’s iconic 2001: A Space Odyssey, depicting the mysterious appearance of a black monolith in the cradle of civilization, to the recent success of Neill Blomkamp’s debut movie District 9, a multi-layered allegory on South Africa’s recent internal and external tensions. Imagining a new space-time to the typical “third worldist” representations of the African continent, caught in a perpetual state of crisis, the works in Superpower project an alternative landscape of possibilities.

Text via Arnolfini. More Info HERE. Images via This is Tomorrow 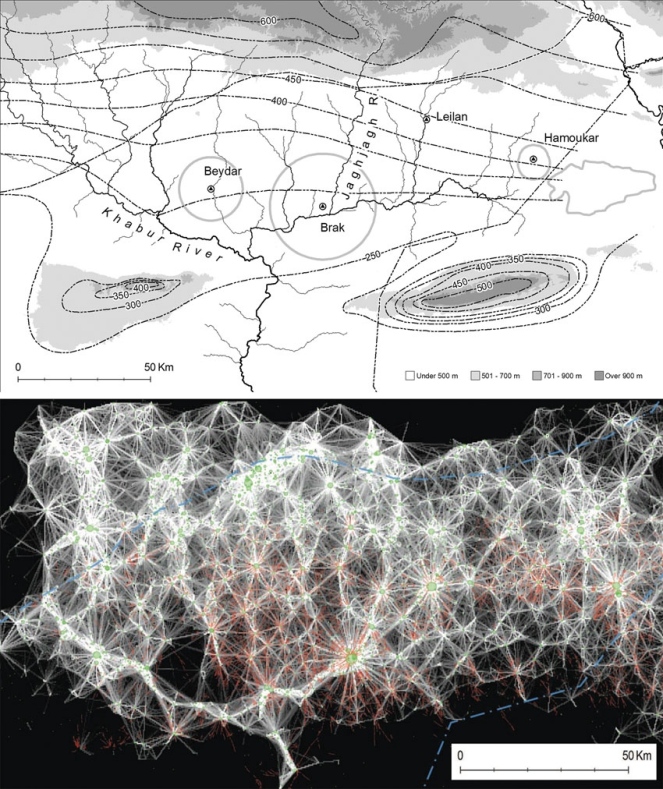 Hidden in the landscape of the fertile crescent of the Middle East, scientists say, lurk overlooked networks of small settlements that hold vital clues to ancient civilizations.

Beyond the impressive mounds of earth, known as tells in Arabic, that mark lost cities, researchers have found a way to give archaeologists a broader perspective of the ancient landscape. By combining spy-satellite photos obtained in the 1960s with modern multispectral images and digital maps of Earth’s surface, the researchers have created a new method for mapping large-scale patterns of human settlement. The approach, used to map some 14,000 settlement sites spanning eight millennia in 23,000 square kilometres of northeastern Syria, is published today in the Proceedings of the National Academy of Sciences.

“Traditional archaeology goes straight to the biggest features — the palaces or cities — but we tend to ignore the settlements at the other end of the social spectrum,” says Jason Ur, an archaeologist at Harvard University in Cambridge, Massachusetts, who is co-author of the study. “The people who migrated to cities came from somewhere; we have to put these people back on the map.”

Such comprehensive maps promise to uncover long-term trends in urban activity. “This kind of innovative large-scale application is what remote sensing has been promising archaeology for some years now; it will certainly help us to focus our attention on the big picture,” says Graham Philip, an archaeologist at Durham University, UK.

Excerpt of an article written by Virginia Gewin at Nature. Continue HERE

Kyle Munkittrick: Mass Effect is epic. It’s the product of the best parts of Star Trek, Star Wars, Battlestar Galactica and more with a protagonist who could be the love-child of Picard, Skywalker, and Starbuck. It’s one of the most important pieces of science fiction narrative of our generation. Mass Effect goes so far beyond other fictional universes in ways that you may not have yet realized. It is cosmic in scope and scale.

Sci-fi nerds have long debated over which fictional universe is the best. The Star Trek vs Star Wars contest is infamous into banality, with lesser skirmishes among fans of shows and books like Battlestar Galactica, Enders Game, Xenogenesis, Farscape, Dune, Firefly, Stargate, and others fleshing out the field. Don’t mistake this piece as another pointless kerfuffle among obsessive basement dwellers. Mass Effect matters because of its ability to reflect on our society as a whole.

Science fiction is one of the best forms of social satire and critique. Want to sneak in some absolutely scandalous social more, like, say, oh, I don’t know, a black woman into a position of power in the ‘60s? Put her on a starship command deck.

Most science fiction, even the epic universes in Star Wars and Star Trek, pick only two or three issues to investigate in depth. Sure, an episode here or a character there might nod to other concepts worthy of investigation, but the scope of the series often prevents the narrative from mining the idea for what it’s worth.

Mass Effect can and does take ideas to a new plane of existence. Think of the Big Issues in your favorite series. Whether it is realistic science explaining humanoid life throughout the galaxy, or dealing with FTL travel, or the ethical ambiguity of progress, or even the very purpose of the human race in our universe, Mass Effect has got it. By virtue of three simple traits – its medium, its message, and its philosophy – Mass Effect eclipses and engulfs all of science fiction’s greatest universes. Let me show you how. 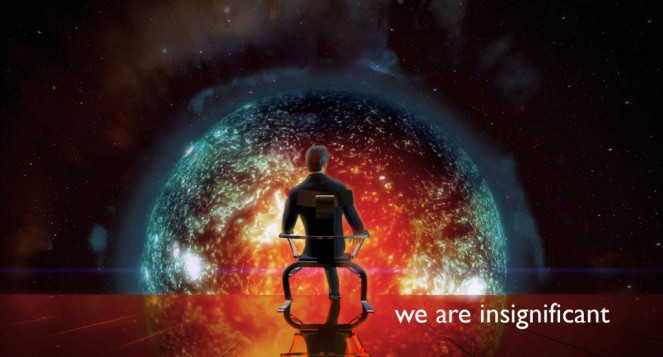