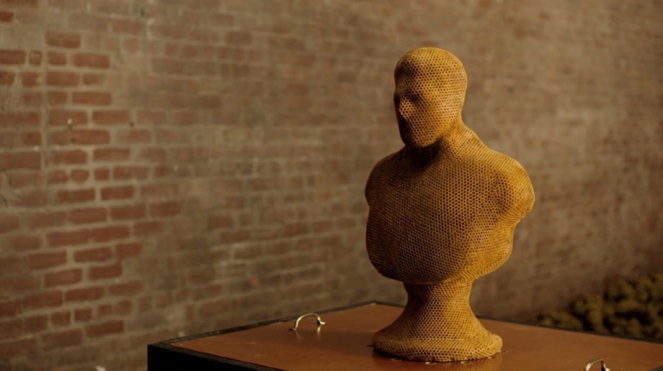 Since 3-D printing technology has become more accessible, the magic of manifesting an object before your eyes has yet to lose its luster. When Dewar’s decided to create a sculpture to mark the launch of its Highlander Honey whiskey, however, it took the concept of 3-D printing to a whole new level, employing the services of nature’s original three- dimensional crafters: bees.

Via Fast CoCreate. Continue THERE

Scientists have built a digital camera inspired by the compound eyes of insects like bees and flies. The camera’s hemispherical array of 180 microlenses gives it a 160 degree field of view and the ability to focus simultaneously on objects at different depths.

Human eyes, and virtually all cameras, use a single lens to focus light onto a light-sensitive tissue or material. That arrangement can produce high-resolution images, but compound eyes offer different advantages. They can provide a more panoramic view, for example, and remarkable depth perception.

The new artificial version, created by by John Rogers and colleagues at the University of Illinois at Urbana-Champaign and described in Nature, could potentially be developed for use in security cameras or surgical endoscopes.

“The resolution is roughly equivalent to that of a fire ant or a bark beetle,” Rogers wrote in an email to Wired. “With manufacturing systems more like those in industry, and less like the academic, research setups that we are currently using, we feel that it is possible to get to the level of a dragonfly or beyond.”

In an accompanying editorial, Alexander Borst and Johannes Plett of the Max-Planck-Institute of Neurobiology in Martinsried, Germany suggest the cameras could also provide visual capabilities for tiny aircraft called micro aerial vehicles. “One major application is disaster relief,” they wrote. “Picture the following: a palm-sized MAV uses an artificial faceted eye to navigate autonomously through a collapsed building while other sensors on board scan the environment for smoke, radioactivity or even people trapped beneath rubble and debris.”

Presumably the engineers who build these future rescue MAVs will come up with a way to make sure the people they’re trying to help don’t mistake them for flies and swat them down.

Text and Images via WIRED and Nature 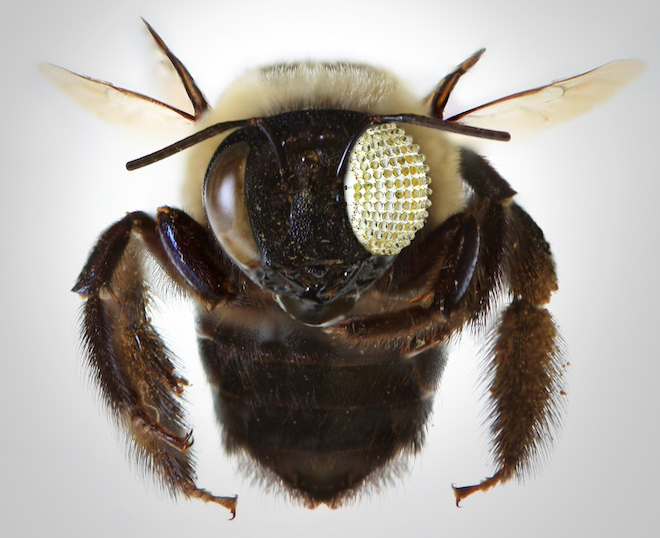 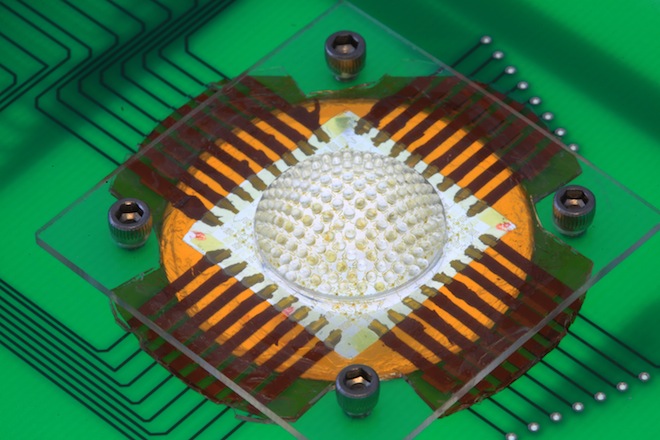 Representative imaging results for four different line art images captured with a hemispherical, apposition compound eye camera and rendered on a hemispherical surface that matches the shape of the device. 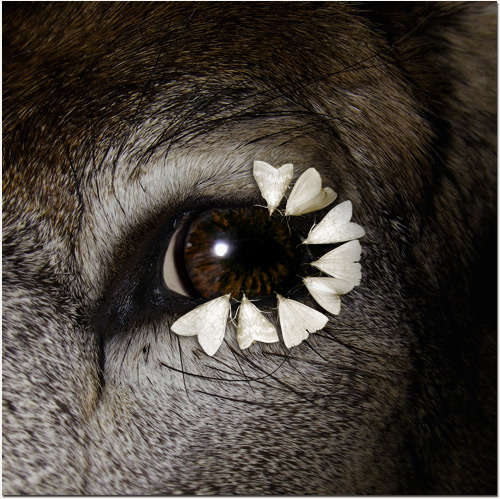 If you ever were told by someone not to cry or that crying is useless, that person was far away from the truth. Besides being perfectly natural, therapeutic, and necessary, crying produces nutritious food for moths, bees, and probably many other herbivores. This is definitely one of my favorites examples of mutualism out there. However, these “lachryphages” are picky when choosing their ocular bars and sweet pools.

If this awakens your hidden entomologist or simply your hidden fetishes, here I have a group of articles deepening on this curious fact:

Moths with a taste for tears: Insects that live off the tears of mammals

The image above is a fabricated image fount at The Nonist’s wonderful text: Romancing the Lachryphage