Vacuum Days was a year-long project by the artist Tim Etchells announcing a rolling programme of absurd and unsettling imaginary events responding to, reworking and distorting those of the year.

This site comprises an archive of the completed work which ran live, with new entries added daily, throughout 2011. You can still access and enjoy all of the entries through the calendar interface to the right.

There will be a limited edition publication of Vacuum Days available sometime mid-2012. More info will be posted here when the details are confirmed.

You can find more about Tim Etchells and his other projects at timetchells.com.

As well as his work in the context of visual arts Tim is the artistic director of the Sheffield-based performance group Forced Entertainment.

The complete archive of Synapse Magazine , a 1970s publication about the nascent electronic music scene.

The “Archive of Years to Come” is a book-ageing machine, a chrono-chamber. Inside the machine, a book lives an accelerated history, a synthetic timeline.

Spending four hours inside is the equivalent of one real year.

Having no documented history, records or past catalogues, the library, was given a “time machine”, enabling it to age its present – thus producing a new past for a humble, unevaluated, functional community library.

The project was originally designed for the “South Lambeth” library in London (one of the Tate’s free libraries that is currently under threat of closure). 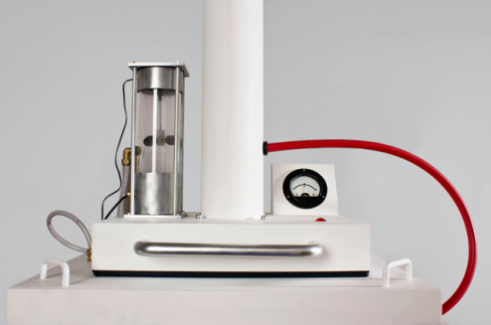 This page is dedicated to cassette tapes. Project C-90

At the end of WWII, 60 minutes of raw film, having sat undisturbed in an East German archive, was discovered. Shot by the Nazis in Warsaw in May 1942, and labeled simply “Ghetto,” this footage quickly became a resource for historians seeking an authentic record of the Warsaw Ghetto. However, the later discovery of a long-missing reel, inclusive of multiple takes and cameraman staging scenes, complicated earlier readings of the footage.

A FILM UNFINISHED presents the raw footage in its entirety, carefully noting fictionalized sequences (including a staged dinner party) falsely showing “the good life” enjoyed by Jewish urbanites, and probes deep into the making of a now-infamous Nazi propaganda film.

A FILM UNFINISHED is a film of enormous import, documenting some of the worst horrors of our time and exposing the efforts of its perpetrators to propel their agenda and cast it in a favorable light.

“A Film Unfinished first emerged out of my theoretical preoccupation with the notion of the “archive”, and the unique nature of the witnessing it bears.” – Yael Hersonski

The Holocaust confronted humanity not only with inconceivable horrors, but also for the first time, with their systematic documentation. More than anything else, it is the photographic documentation of these horrors that has changed forever the way in which the past is archived. Atrocities committed by the Nazis were photographed more extensively than any evils, before or after. Yet since the war, these images, created by the perpetrators have been subjected to mistreatments: in the best of cases they were crudely used as illustrations of the many stories; in the worst, they were presented as straightforward historical truth.

Via A Film Unfinished