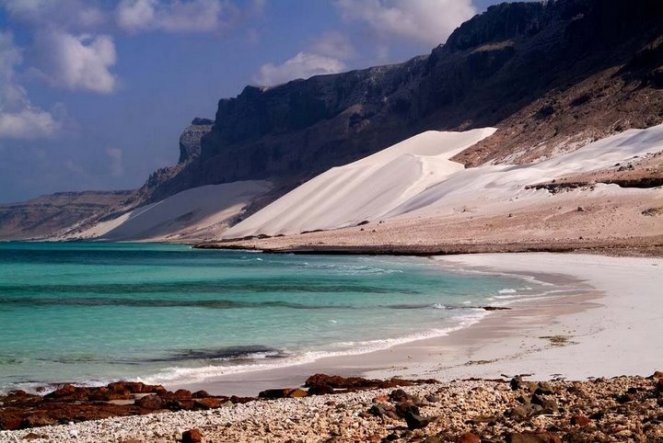 Socotra or Soqotra (Arabic سقطرى ; Suquṭra) is a small archipelago of four islands and islets in the Indian Ocean off the coast of the Horn of Africa some 190 nautical miles (220 mi/350 km) south of the Arabian peninsula, belonging to the Republic of Yemen. It has long been a part of the ‘Adan Governorate, but in 2004 became attached to the Hadhramaut Governorate, which is much closer to the island than ‘Adan (although the closest governorate would be Al Mahrah). 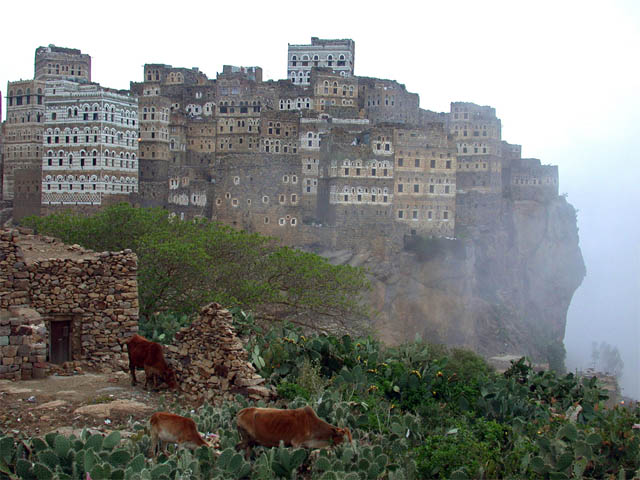 Socotra is considered the “jewel” of biodiversity in the Arabian sea. The long geological isolation of the Socotra archipelago and its fierce heat and drought have combined to create a unique and spectacular endemic flora (which may, therefore, be vulnerable to introduced species such as goats and to climate change). Surveys have revealed that more than a third of the 800 or so plant species of Socotra are found nowhere else. Botanists rank the flora of Socotra among the ten most endangered island flora in the world. The archipelago is a site of global importance for biodiversity conservation and a possible center for ecotourism.

One of the most striking of Socotra’s plants is the dragon’s blood tree (Dracaena cinnabari), which is a strange-looking, umbrella-shaped tree. Its red sap was the dragon’s blood of the ancients, sought after as a medicine and a dye. Another unusual plant is Dorstenia gigas.

As with many isolated island systems, bats are the only mammals native to Socotra. In contrast, the marine biodiversity around Socotra is rich, characterized by a unique mixture of species that have originated in farflung biogeographic regions: the western Indian Ocean, the Red Sea, Arabia, East Africa and the wider Indo-Pacific. 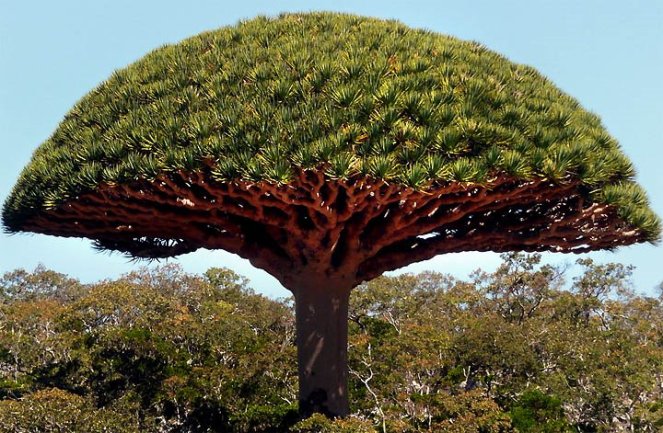 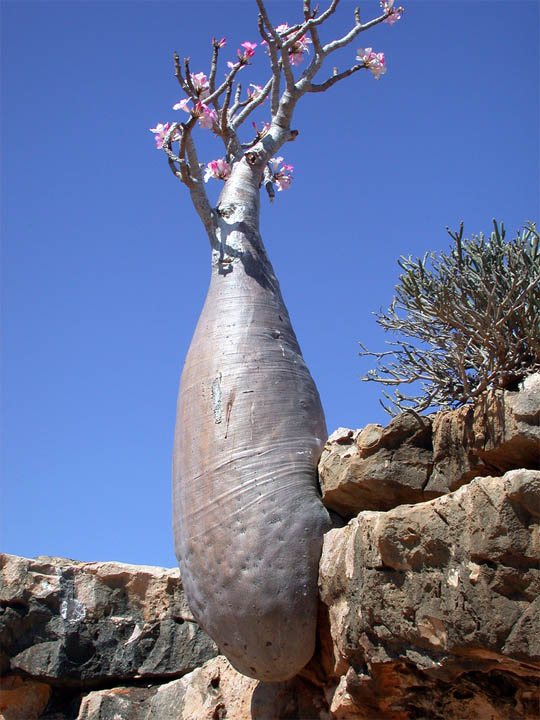 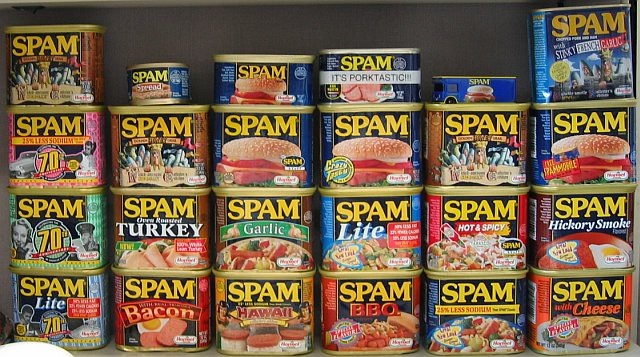 An impostor or imposter is a person who pretends to be somebody else, often to try to gain financial or social advantages through social engineering, but just as often for purposes of espionage or law enforcement.(wikipedia)

A splog (spam blog) is a fake blog created solely to promote affiliated Web sites, with the intent of skewing search results and artificially boosting traffic. Some splogs are written like long-winded ads for the Web sites they promote; others have no original content, featuring either nonsense or content stolen from authentic Web sites. Splogs include huge numbers of links to the Web sites in question to fool Web crawler s (programs that search the Web for sites to index). The sploggers associate popular search keywords with their pages so that the splog links turn up in blog search results and are sent out as search subscription notifications through e-mail and RSS feeds. (info source)

I recently found out someone “sploging” me and I decided to inform myself about it.

Hacking has been part of our lifestyles for many year now. We all hack to a certain degree. The term hackingis used for different purposes and is commonly used to refer to illegal activity performed by computer experts. However, hacking can take different forms and approaches. It can go from furniture and architecture to toys and other electronic devices. Hacking basically refers to the act of customizing of modifying everyday products to improve their functionality, re-purpose them for conceptual reasons, pure entertainment or a clever fusion of all the previously mentioned. Today, hacking practice and theories are used in different fields as a tool to reveal how systems are built and learning how they operate. Something that should become mandatory in our societies.

Just in case you are new to this subject (i don’t thinks so), I am going to bombard you with a selection of links that can inform you in more specific ways or take you through the different hacking avenues.

‘laptop desk’ by adam – a simple saw turns a stool into a lapdesk. (http://ikeahacker.blogspot.com)