Surrealist and Sociologist Roger Caillois was known for his writings on biomimicry, especially within the insect world, pareidolia and lithic scrying. His latter interest provided us with The Writing of Stones, a book in which he unravels the ‘unfathomable graphic madness’ etched onto the rocks contained within the ‘archives of geology’. Each chapter of the book is dedicated to a species of rock – in each he channels ever increasingly dense, extravagant, and at times morbid tales from the authorless inscriptions each stone contains. 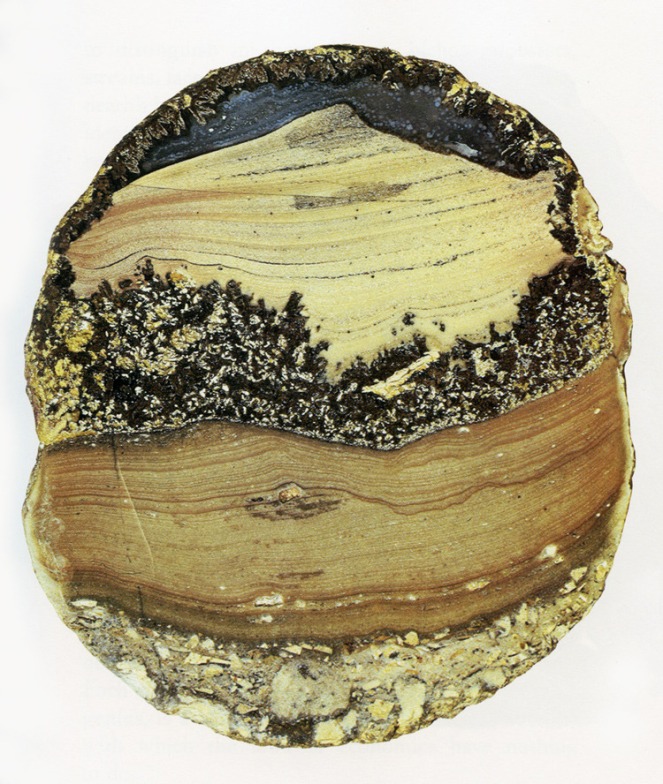 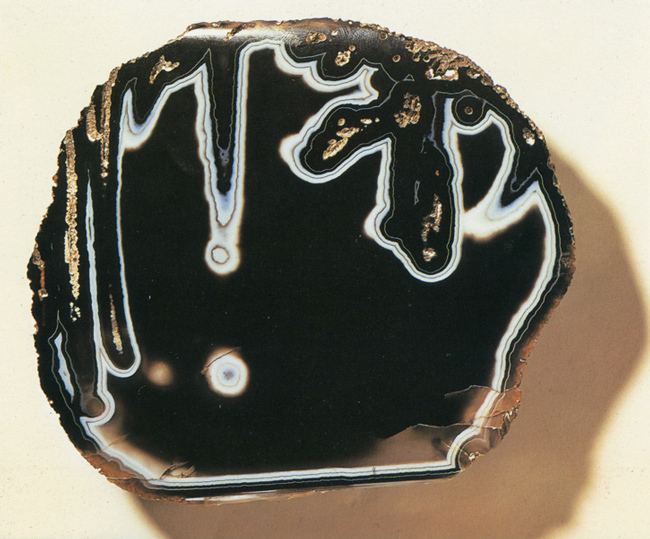 “Life appears: a complex dampness, destined to an intricate future and charged with secret virtues, capable of challenge and creation. A kind of precarious slime, of surface mildew, in which a ferment is already working. A turbulent, spasmodic sap, a presage and expectation of a new way of being, breaking with mineral perpetuity and boldly exchanging it for the doubtful privilege of being able to tremble, decay, and multiply.”

About the book, from the flaps:

The Writing of Stones is a fascinating meditation on the human imagination contemplating the interior of stones. Caillois examines patterns that are revealed by polishing sections of minerals such as agate, jasper, and onyx. He considers the impact these configurations have had upon the human imagination throughout history and he reviews man’s attempt to categorize and explain them.

Marguerite Yourcenar [in her introduction] points out that “there had taken place in [his] intellect the equivalent of the Copernican revolution: man was no longer the center of the universe, except in the sense that the center is everywhere; man, like all the rest, was a cog in the whole system of turning wheels. Quite early on, having entered ‘the forbidden laboratories,’ Caillois applied himself to the study of diagonals which link the species, of the recurrent phenomena that act, so to speak as a matrix of forms.” Caillois found the presence throughout the universe of a sensibility and a consciousness analogous to our own. One way which this consciousness expresses itself is in a “natural fantasy” that is evident in the pictures found in stones. Man’s own aesthetic may then be no more than one of many manifestations of an all-pervasive aesthetic that reveals itself in the natural world.

The Writing of Stones PDF