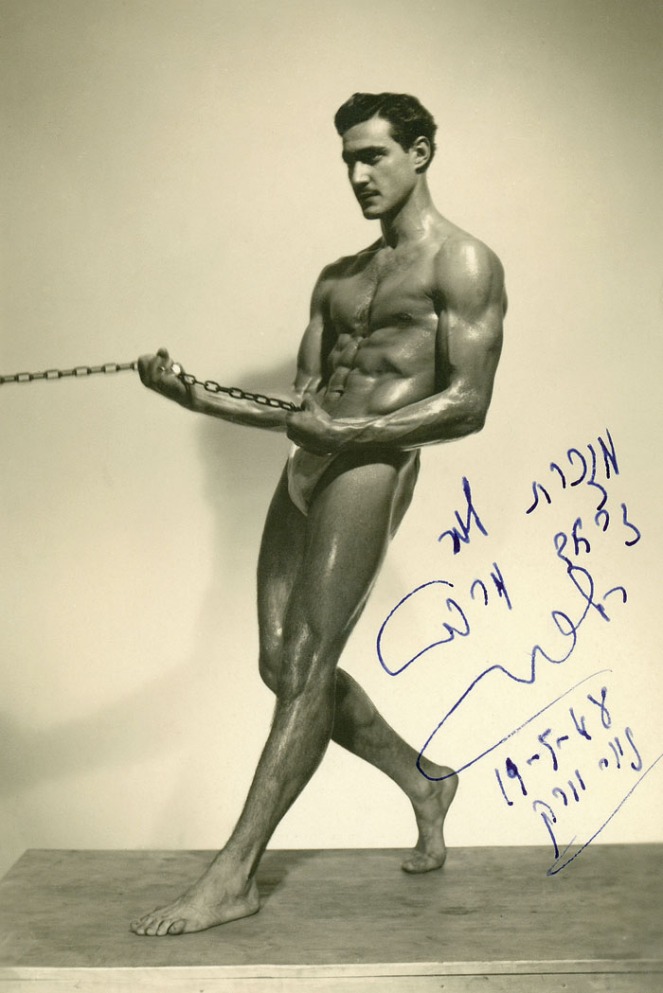 Not all purveyors of art think the male form gets enough attention. Exhibitions like Sascha Schneider’s show at the Leslie Lohman Museum of Gay and Lesbian Art have highlighted the importance of the male nude and its relationship to history; but others, including the recent “Masculine/Masculine” retrospective at the Musée d’Orsay, have prompted the question: “Why had there never been an exhibition dedicated the male nude until … last year?” The answer: Unlike female bodies, which are supposedly mysterious and full of secrets, male bodies are boring—or at least they’re presented that way. A new book, Universal Hunks: A Pictoral History of Muscular Men Around the World, 1895-1975, provides a little more perspective.

In Hunks, authors David L. Chapman and Douglas Brown trace the origins of the sculpted, nearly nude, or totally bare male silhouette across the globe. Their journey begins in Europe with Anglo-German “physical culturalist” Eugen Sandow and ends in South America with a snapshot of Hercules Cement—not because the West is the fount of all masculine identity or idealization, but because it was a tremendous exporter of those concepts at the time. The “male body factored prominently in the construction of modern national identities,” write Chapman and Brown, and as the imperial powers of the day disseminated their own religious and sociopolitical standards, they also strove to shape the actual bodies of the people they encountered.

Still, the exchange (or replacement) isn’t so cut and dry.

Text and Images via The Atlantic. COntinue THERE

One thought on “Hunks: How Ripped Became an Ideal. A historic look at images of masculinity”