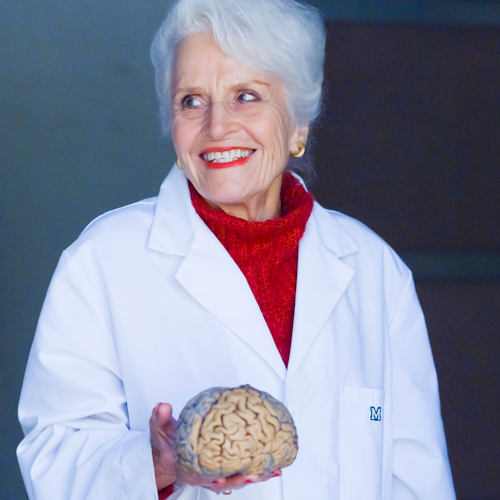 Marian Diamond began her graduate work in 1948 and was the first female student in the department of anatomy at UC Berkeley. The first thing she was asked to do when she got there was sew a cover for a large magnifying machine (?!?!?!?!).

Such challenges were not uncommon. Years later she requested tissue samples of Albert Einstein’s brain from a pathologist in Missouri. He didn’t trust her.

“He wasn’t sure that I was a scientist. This is one thing that you have to face being a woman. He didn’t think that I should be the one to be looking at Einstein’s brain.”

Marian persisted for three years, calling him once every six months, and received four blocks of the physicist’s brain tissue (about the size of a sugar cube).

Her research found that Einstein had twice as many glial cells as normal males — the discovery caused an international sensation as well as scientific criticism.

What are glial cells? Previously, scientists believe that neurons were responsible for thinking and glial cells were support cells in the brain. Now Researchers believe the glial cells play a critical role in brain development, learning, memory, aging and disease.

All text and Images via UC Research 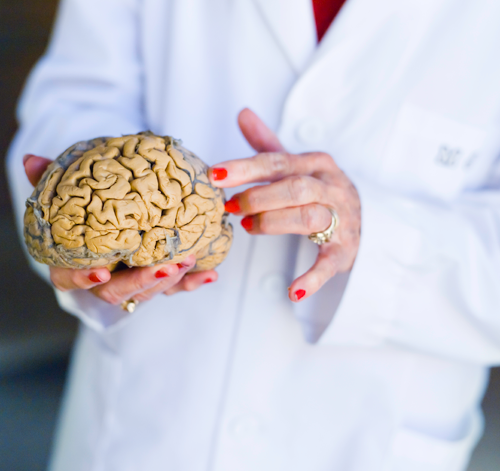