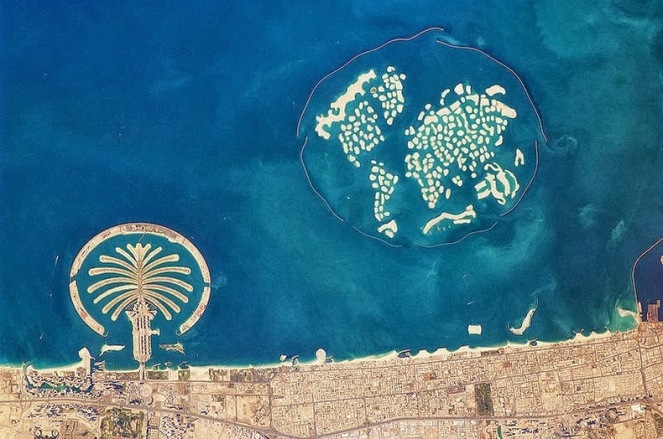 The World Islands is an artificial archipelago consisting of about 300 small islands constructed in the rough shape of a world map, located 4.0 kilometers off the coast of Dubai, United Arab Emirates. The islands are composed mainly of sand dredged from Dubai’s shallow coastal waters. 321 million cubic meters of sand and 31 million tons of rock were used to build the islands that cover an area roughly 6 by 9 kilometers, and is surrounded by an oval-shaped breakwater island. The islands, which are named after countries such as Great Britain, Germany, Switzerland, etc., themselves range from 14,000 to 42,000 square meters in area and located roughly 100 meters from each other.

The project debuted nearly 10 years ago, but work has been stalled periodically ever since due to the global recession. Two years ago, the entire project came very near to derailment when Penguine Marine, the company contracted to provide ferrying services to and from the shore, alleged that the islands were sinking into the shallow sea. Nakheel Properties Group, the property’s developer, denied these reports.

Text and Images via Amusing Planet