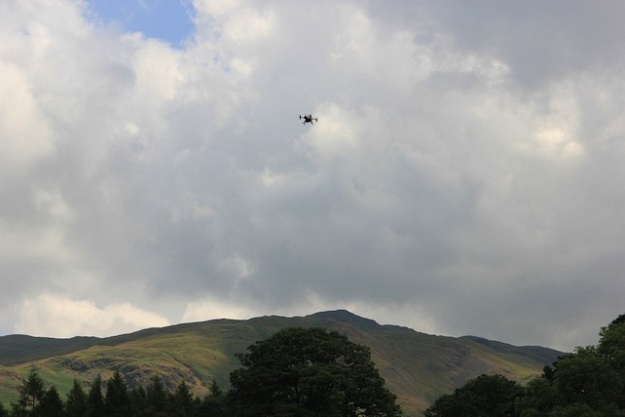 From the thumbnail headshot accompanying his essay in the Times, “the drone philosopher,” as I’ve begun to think of him, appears to be in his late twenties, or a boyish 30. In an oddly confessional-style first paragraph, he recalls what it was like to watch the second Iraq War from his college dorm television. He has clean-shaven Ken-doll looks and a prominent squarish jaw, recalling the former Republican vice-presidential candidate and representative from Wisconsin’s First Congressional District, Paul Ryan. I doubt the drone philosopher would be flattered by the comparison. The tone of his article makes him out to be a thoughtful liberal, more interested in weighing complexities than in easy solutions, simultaneously attracted by and wary of power, not unlike the commander in chief he hopes will one day read his papers.

I can make out a bit of wide-striped collegiate tie, a white collar, and the padded shoulders of a suit jacket in the photograph. I know I’m being unfair, but I don’t trust his looks. Since Republicans have become so successful at branding themselves the party of white men, I now suspect that any white guy in a suit may harbor right-wing nationalist tendencies, much as the CIA’s rules governing drone strikes have determined that groups of “military age” men in certain regions of Pakistan and Yemen may be profiled as terrorists. Even more unkindly, I catch myself thinking the drone philosopher’s portrait looks like it was taken for the high school debate club he surely belonged to. Maybe that was where — for competitions in dim auditoria from state to regional to national level, prepping in a series of carbon-copy cheap motels, four to a room — he first learned to be rewarded for making audacious arguments. It was like a job or a sport. Maybe there was one particularly formative debate, “Resolved: The United States was right to use the atomic bomb against Japanese civilians.” He would have parsed this proposition into a value, such as “Right Action” or “Justice,” made up of a checklist of criteria: saving American lives, the primary but not sole duty of the deciders; weighing potential lives lost or saved on both sides when contrasted with the alternative policy of full-scale invasion of Japan.

Excerpt from an article written by MARCO ROTH at n+1. Continue THERE