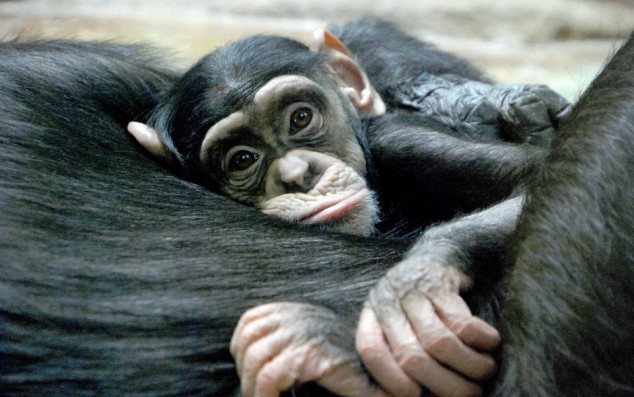 Kindness and patience seem to have a clear moral dimension. They are forms of what we might call ‘concern’ — emotional states that have as their focus the wellbeing of another — and concern for the welfare of others lies at the heart of morality. If Nina and Tess were concerned for the welfare of my son then, perhaps, they were acting morally: their behaviour had, at least in part, a moral motivation. And so, in those foggy, sleepless nights of early fatherhood, a puzzle was born inside of me, one that has been gnawing away at me ever since. If there is one thing on which most philosophers and scientists have always been in agreement it is the subject of human moral exceptionalism: humans, and humans alone, are capable of acting morally. Yet, this didn’t seem to tally with the way I came to think of Nina and Tess.

Many scientists (and more than a few philosophers) would have no hesitation in accusing perhaps several billion people of such delusional anthropomorphism. A growing number of animal scientists, however, are going over to the dark side, and at least flirting with the idea that animals can act morally. In his book Primates and Philosophers (2006), the Dutch primatologist Frans de Waal has argued that animals are at least capable of proto-moral behaviour: they possess the rudiments of morality even if they are not moral beings in precisely the way that we are. This was, in fact, Charles Darwin’s view, as developed in The Descent of Man. In a similar vein, the American biologist Marc Bekoff has being arguing for years that animals can act morally, and his book Wild Justice (2009) provides a useful summary of the evidence for this claim. Perhaps scientists such as Darwin, de Waal and Bekoff are also guilty of anthropomorphism? The evidence, however, would suggest otherwise.

Excerpt from an article written by Mark Rowlands at AEON. Read it THERE