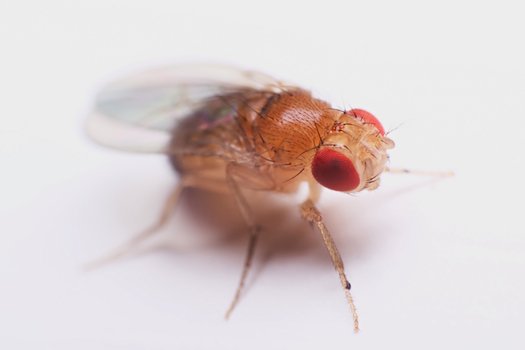 In the past few decades, scientists studying the eating habits of Earth’s creatures have noticed something strange: the babies of several species, from tiger sand sharks to fruit flies, are eating each other.

Thing is, they aren’t freaks of nature. And in fact, the mechanisms behind animal cannibalism are helping scientists ask–and answer–some important evolutionary questions. These three recent studies provide a glimpse into this gruesome diet and what it means for evolution.

Sand tiger sharks have been known to have cannibalistic embryos since the 1980s, when detailed autopsies revealed embryos in the stomachs of other shark embryos. But a new study published in Biological Letters could give some clues as to why.

Female sand tiger sharks aren’t the most faithful–they tend to mate with multiple male partners. And if you’re a male sand tiger shark trying to further your lineage, it’s not just about the speed and strength of sperm. The competition continues even after the eggs turn to embryos. After about five months of gestation, the embryo to first hatch from its egg in utero (the female sand tiger shark has two uteri) begins to feed on its smaller siblings–specifically those fathered by a different male. Some litters may start at 12 but this alpha embryo will eat all but one, leaving its brother or sister from the same mister alive. So despite the litters starting out with various fathers, the offspring that make it through the gestational massacre tend to be from the same father–and they’re large and strong enough to survive potential predators after birth. “It’s exactly the same sort of DNA testing that you might see on Maury Povich to figure out how many dads there are,” Stony Brook University marine biologist and study author Demian Chapman told LiveScience.

Text and Image via POPSci. Continue THERE