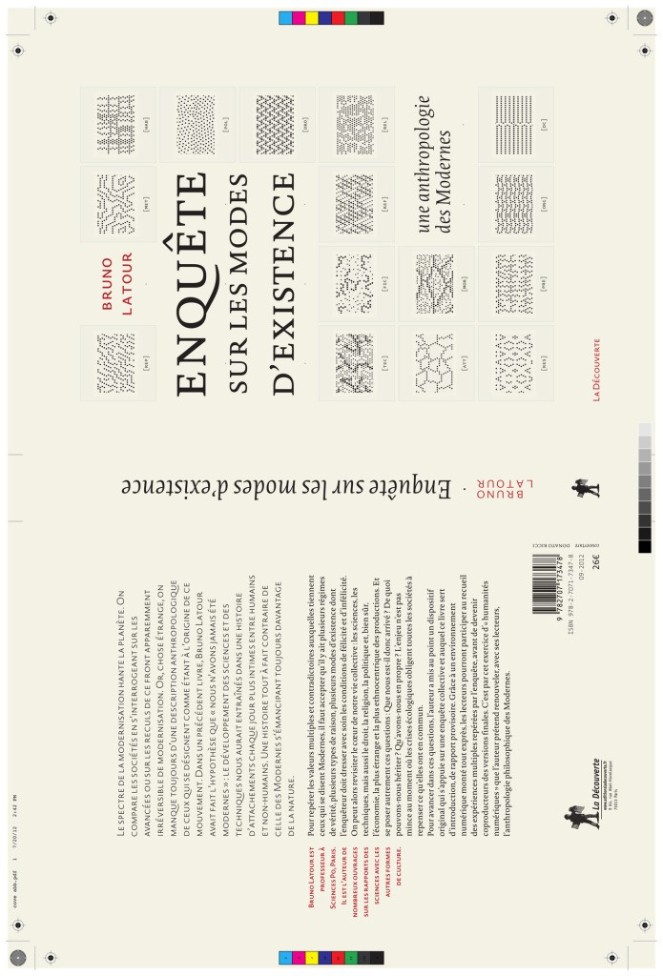 Bruno Latour’s forthcoming book, An Inquiry into Modes of Existence. We discuss his intellectual trajectory leading up to actor–network theory and the pluralistic philosophy underlying his new, ‘positive’ anthropology of modernity.

Bruno Latour’s work on actor–network theory (ANT) put him at the forefront of a wave of ethnographic research on scientists ‘in action’ in their laboratories and in the wider world. Starting with 1979’s Laboratory Life, his many books, written independently and in collaboration, have traced the chains of reference that connect instrumental inscriptions in labs to factual statements in journals and, eventually, to the laws of nature found in textbooks. Along the way, he has shown, facts take on increasing ontological weight, growing increasingly ‘universal’ through extensions of the scale and reach of networks and alliances between humans and nonhumans. His work has also contributed to rethinkings of modernity, leading scholars to study how scientists, engineers, and their heterogeneous allies have redefined and transformed both nature and society. Compelling, controversial, and constantly on the move, Latour’s arguments and collective projects have helped orient many research perspectives in Science and Technology Studies (STS) over the past three decades, creating bridges between science studies and anthropology, history, literary studies, art history, and environmental studies; philosophers have also increasingly engaged with his ideas (e.g. Bennett, 2010; Harman, 2009; Rouse, 1987; as well as Latour, 2010).