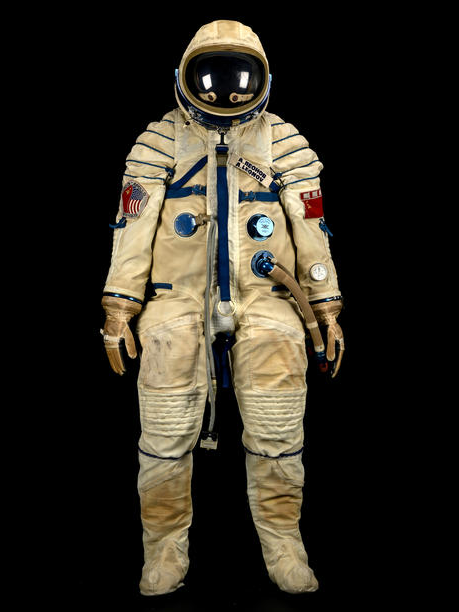 Space History auctions focus on space exploration from the early days of Project Mercury and Vostok through the Gemini missions, the historic Apollo moon landings, Soyuz, Skylab, ASTP, and beyond.

The auctions feature photographs, flight plan sheets, Robbins medallions, models, patches, emblems, flags, lunar surface equipment and other hardware, much of it flown and often signed and inscribed by astronauts and cosmonauts such as Neil Armstrong, Buzz Aldrin, and Yuri Gagarin. 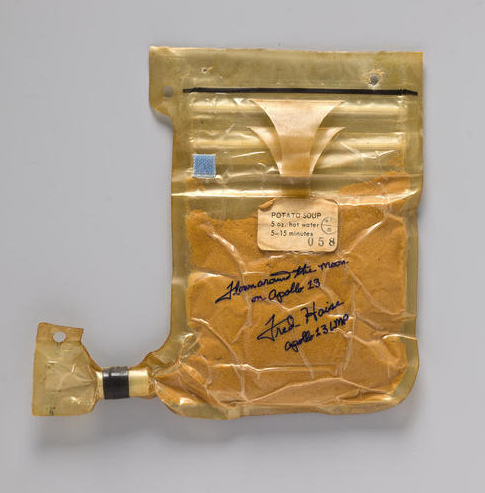 Sold for US$ 8,125 inc. premium: Flown packet of dehydrated Potato Soup, 7 x 8 inches. An attached identification label reads: “POTATO SOUP, 5 oz. hot water, 5 – 15 minutes, 058” with an inspection stamp. On the reverse side an additional tag reads: “SERIAL NO. FAU 473.” Included is a Typed Letter Signed by FRED HAISE. Potato Soup carried on the Apollo 13 flight but not consumed.