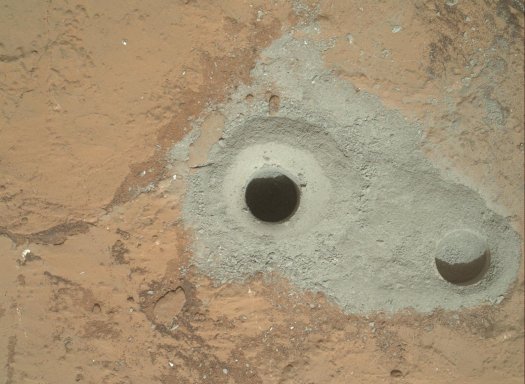 NASA’s Curiosity rover has found what it went to Mars to look for: evidence of an environment that could have once supported life.

Chemical analyses show that a greyish powder taken from the rover’s first drilled rock sample contains clay minerals formed in water that was slightly salty, and neither too acidic nor too alkaline for life.

“If this water was around and you had been on the planet, you would have been able to drink it,” says Curiosity project scientist John Grotzinger, a planetary geologist at the California Institute of Technology in Pasadena. He and other NASA researchers announced the findings today at a news briefing in Washington DC.

Previous missions to Mars have spotted clay minerals. And Curiosity itself had already found signs that liquid water once flowed across the surface. But the pinch of powder tested by Curiosity, from a rock nicknamed John Klein, is the first hard evidence of water-borne clays in a benign pH environment. “This is the only definitive habitable environment that we’ve described and recorded,” says David Blake, principal investigator for the rover’s Chemistry and Mineralogy instrument (CheMin) at NASA’s Ames Research Center in Moffett Field, California.

Excerpt from an article written by Alexandra Witze and Nature magazine. Continue THERE