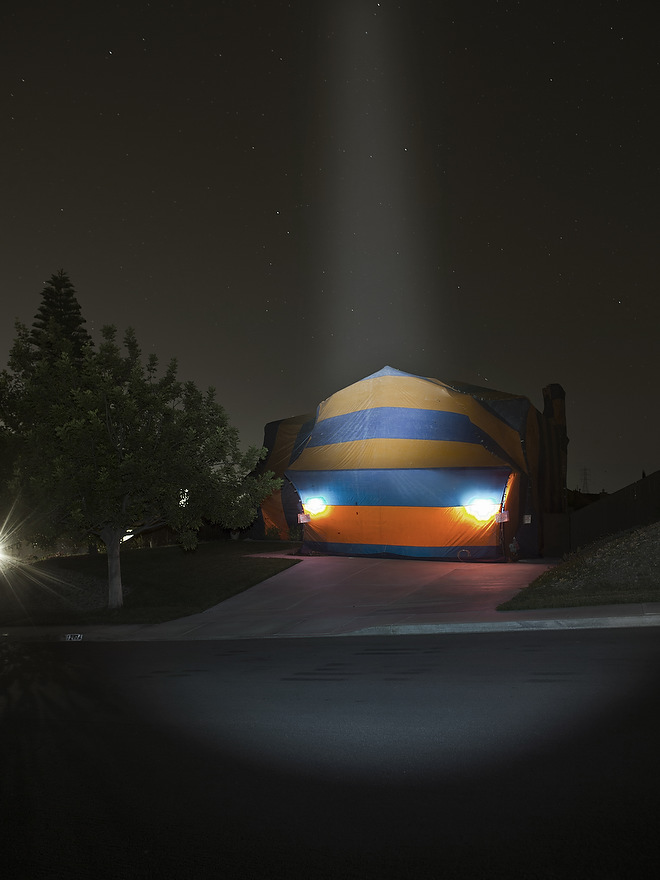 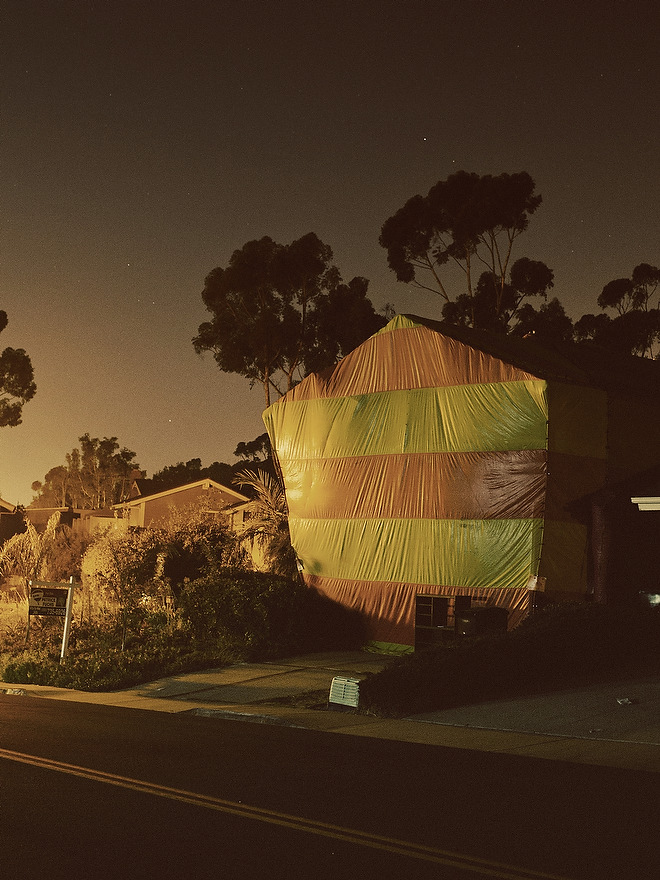 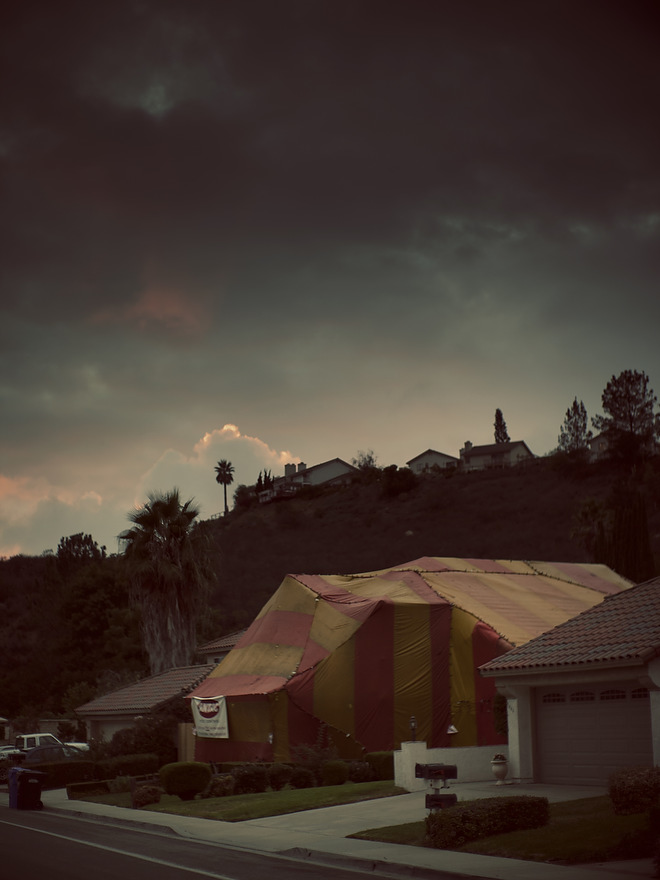 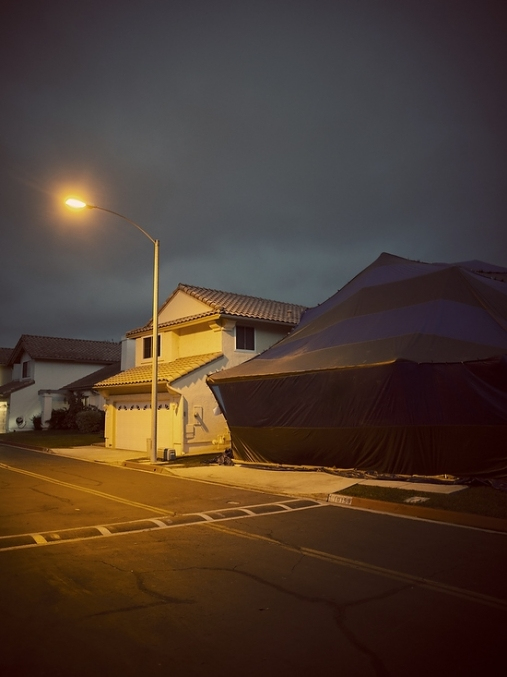 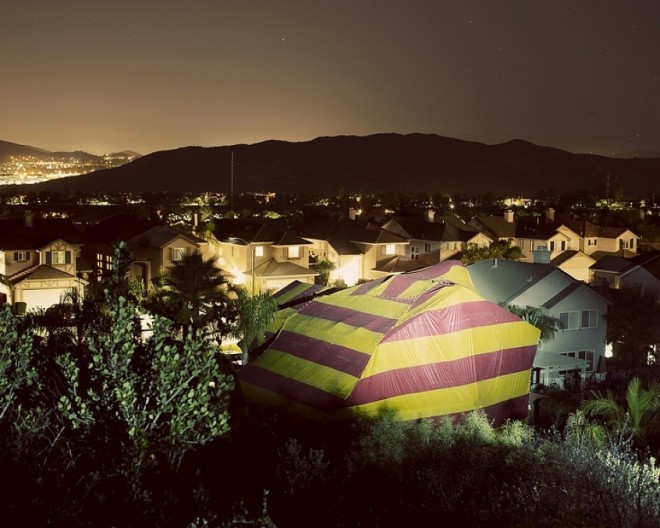 There’s something eerie about a clown-striped fumigation tent on a dark, residential street. Perhaps, in addition to its incongruous looks, it’s the knowledge that the house underneath is abandoned, its air rich with aerosoled death, necessitated by an infestation of parasitic insects. It evokes a sense of the uncanny – a mood that photographer Robert Benson went to great lengths to capture in his new photo series.

“I was never arrested and always stood on public property or had permission, but I definitely got some weird looks,” says Benson, who by day is an editorial and commercial photographer.

For several months Benson scoured San Diego (where he lives) for tented houses. At first he tried shooting the project by day with a film camera, but the photos were flat. By shooting at night with a digital camera, he found an added contrast and a tone that makes the photos so evocative, almost menacing.

Excerpt from an article written by Jakob Schiller at WIRED. Continue HERE
See more of this series at Robert Benson’s site HERE