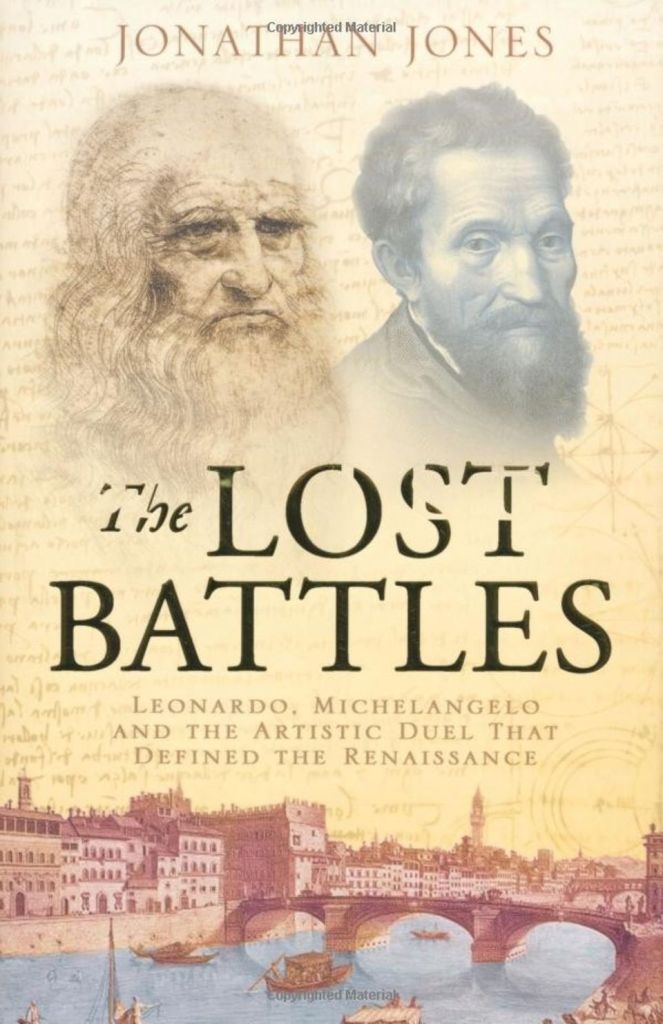 WHEN TWO OF THE GREATEST artistic talents of all time, living in the same urban hothouse, are enticed into intense rivalry by leaders and patrons of their community, the consequence is a consummate competition exacerbated by the politics of pride and instability. The ego-driven desire to surpass a rival can uncover suns of genius casting long-term shadows. In this particular instance, the artists happen to be the middle-aged Leonardo da Vinci and the zealous, energetic Michelangelo, a generation younger.

The place is republican Florence; the focal time is 1503 to 1506, with many implications far beyond, when the Medici family, tossed from power late in the 15th century, successfully schemed to regain firm control (they ultimately did in 1530). By then Leonardo had died in France as a self-imposed exile and court painter to the king, and Michelangelo had gone to Rome, first to build a mausoleum for the Pope and later to labor on his masterwork, the ceiling of the Sistine Chapel. Court painter to the Pope and hardly alone, he was one of the architects who figured out the math needed to raise Bramante’s immense dome over St. Peter’s.

Excerpt from a review by Michael Kammen on The Lost Battles. Continue HERE