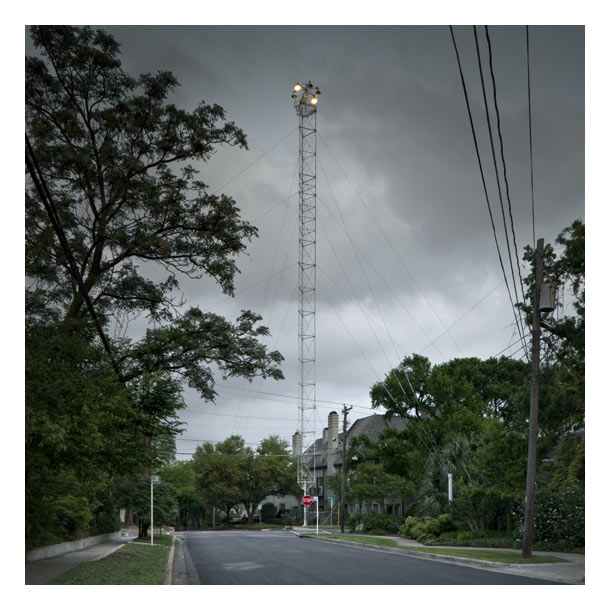 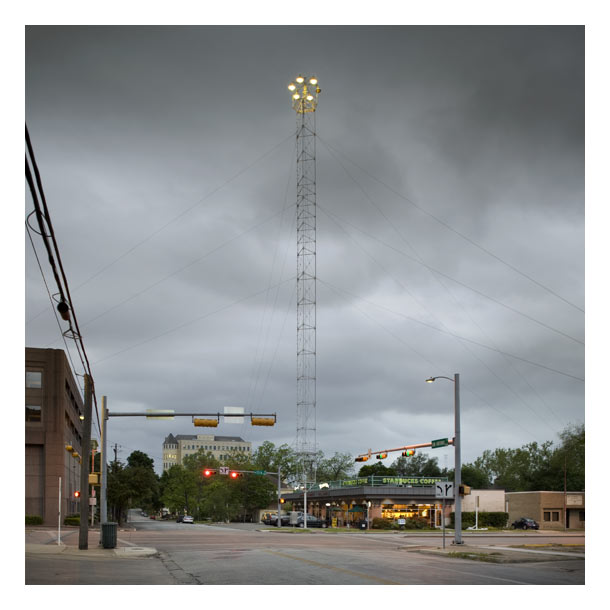 In 1895, the City of Austin acquired a novel street-lighting system from Detroit consisting of thirty-one 165-foot tower lights. Their cool glow and looming height earned them the popular moniker “Moonlight Towers.” In the 1930s, however, the towers were all but obsolete due to the advent of newer, brighter street lamps that were closer to the ground. Over the years for a variety of reasons including public safety and urban growth, more than half of the original towers have been removed. This series preserves the remaining towers at their most visible moment just after they turn on at dusk.

In 1995, the then seventeen Moonlight Towers were added to the National Register of Historic Places and were celebrated with a $1.3 million restoration effort. However, only fifteen towers still stand today; two of the seventeen officially recognized towers have been removed due to new construction downtown. It is unclear if they will be reinstalled.