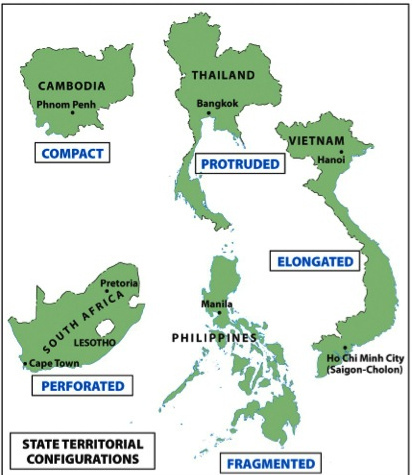 Do Norwegians feel curiously at home in Chile, and vice versa? Do South Africans have a strange affinity with Italians? And Filipinos with Maldivians? They should, at least if they’re map nerds: each lives in a country with a territorial morphology that closely resembles the other’s.

Although they’re on opposite sides of the globe Chile and Norway are each other’s type, morphologically speaking: elongated to the extreme.

From east to west, Chile on average is just 150 miles (240 km) wide, which is the distance from London to Manchester, or New York to Baltimore. But from north to south, it measures 2,700 miles (4,300 km), which takes you from London to Tehran; or New York to Los Angeles. This makes Chile the world’s most stretched-out country – 18 times longer than it is narrow.

The Five Types of Territorial Morphology sounds like a fun parlour game, at least in cartophile circles (is Portugal compact or elongated? Is or isn’t Somalia prorupt? Does New Zealand qualify as fragmented?) But there is a serious, geopolitical concern behind this attempt at classification. For a country’s shape has a profound impact on its economic success, and even its political viability.

Excerpts from an article written by Frank Jacobs. Continue HERE 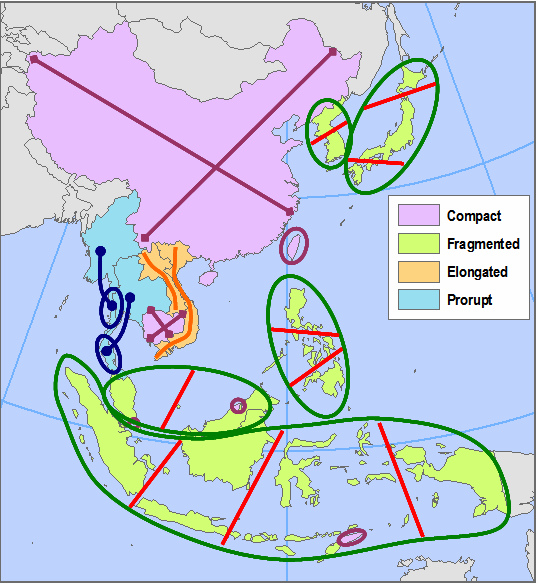