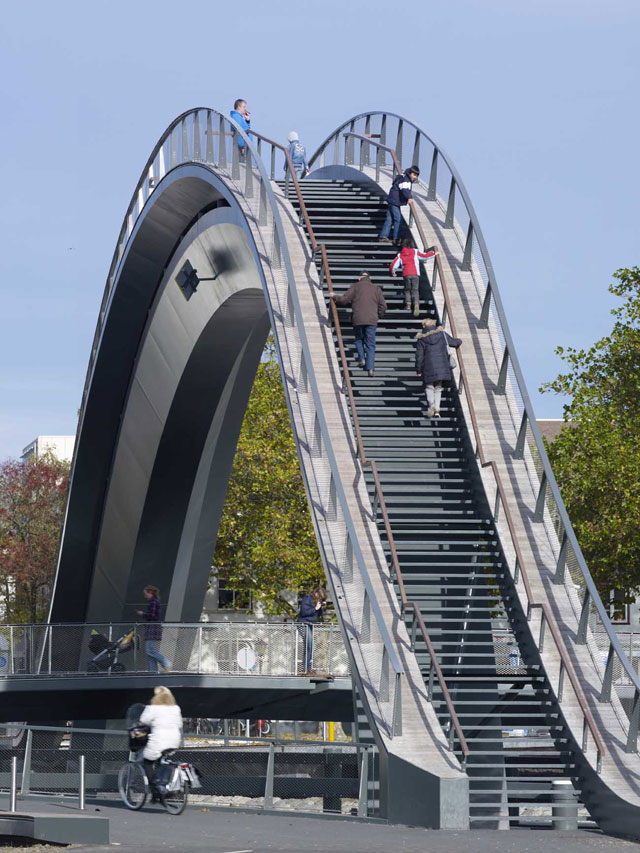 NEXT Architects on the Melkwegbridge: The Melkwegbridge is located in Purmerend, the Netherlands. The bridge is part of the masterplan ‘De Kanaalsprong’ and connects the historic city center with the towns’ new district. The most striking part of the bridge, designed by NEXT architects, is a massive arch which reaches the height of 12m above water level and stands in a continuous line with the Melkweg-road, thus offering an incredible view over the city. The high lookout is an attraction in itself and lets pedestrians fully experience the relation between the new and historic center of Purmerend.

Bicycles and remainder traffic cross the bridge using the 100m long bicycle deck. This deck was designed as a pendulum over the water, so that the slope could be limited to a minimum. Because pedestrian traffic was separated from cyclists, the direct line between the Melkweg-road and city centre could remain. Furthermore the 48m arch remains the fastest possible way to cross the water.

The pedestrian bridge weighs 85 tons, consists of 130 steps and is supported by a steel arch. The design makes it able to retain the spatial openness of the channel and its surroundings. Both bridge sections flow smoothly into each other and form one whole. This unity is enhanced by the continuity of materials and colors. In the edges of the bridge LED lines are applied that follow the contour of the bridge and guarantees a spectacular view on the bridge even after sunset. 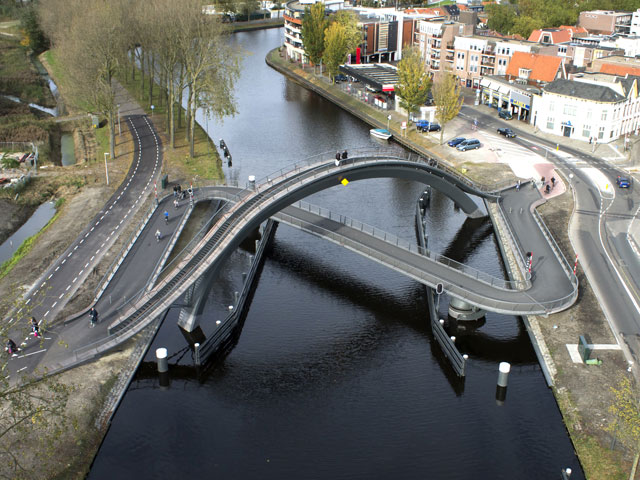 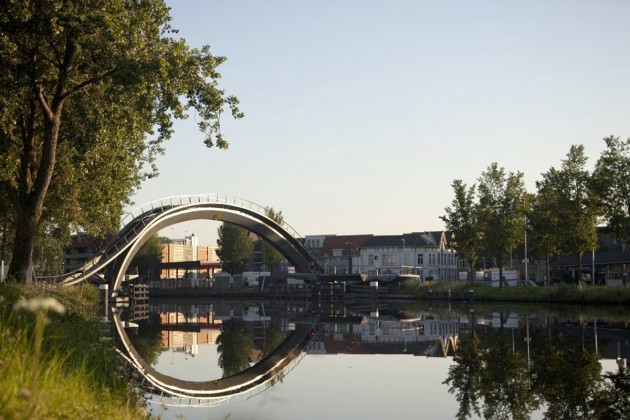 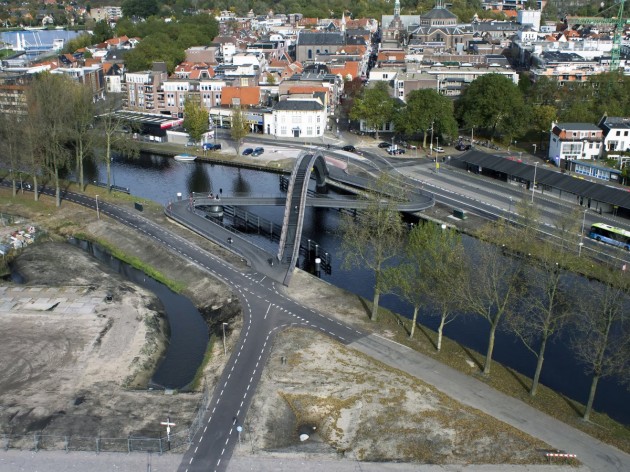