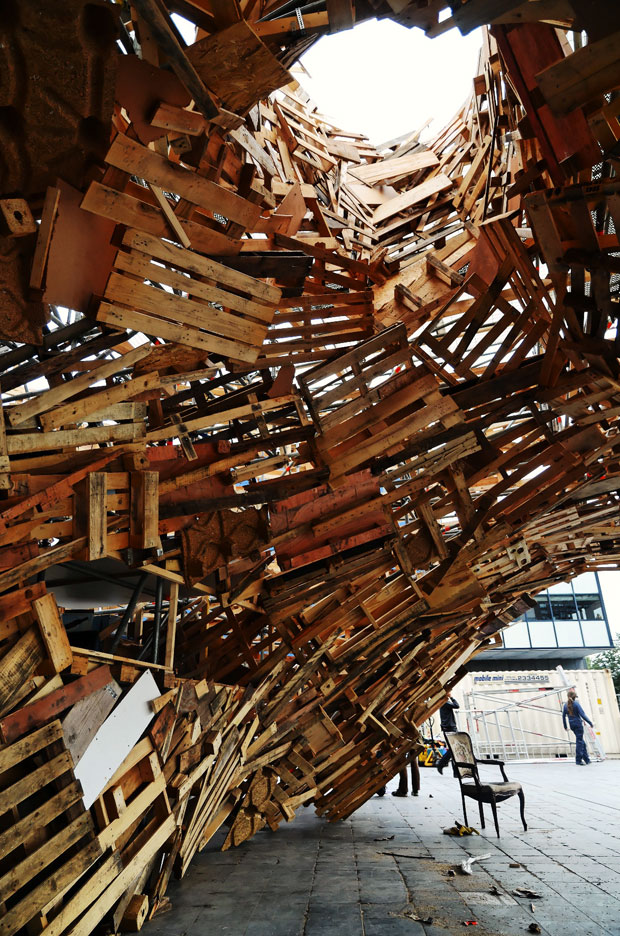 We live in times of great turbulence. Movements that normally cannot be seen are now taking shape and happening unexpectedly. Things that appeared to be clear now become unclear. In the absence of external forces, friction within flows will self organize into a collection of so called irrotational vortices. 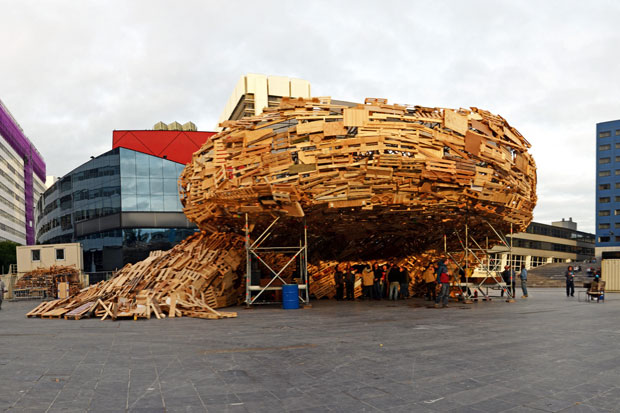 The Todays Art Festival in The Hague occurs in a critical moment in the political and cultural life of The Hague where multi-million-euro architectural projects are being approved alongside dramatic budget cuts to smaller cultural institutions. Following previous experiments, this contradiction led us to propose a structure for the festival entirely made out of discarded materials, a vortex structure expressing this idea of a natural force that sucks everything in its path. This space would serve as a meeting point/festival center on the Spuiplein, the major public square in the center of The Hague and heart of the festival. 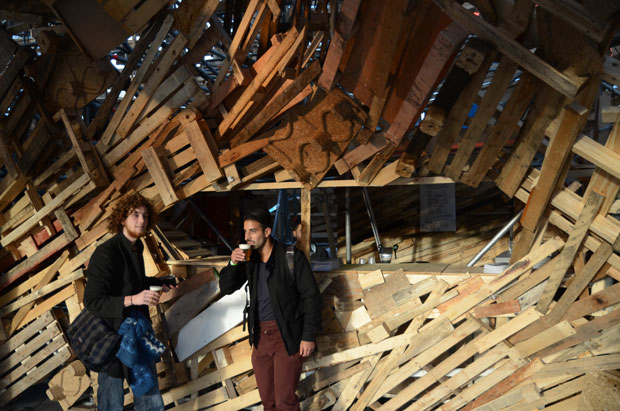 Raumlaborberlin joined forces with local garbage architects Refunc in organizing materials and building the structure. By tapping in to The Hague’s material flows we managed to obtain 3 containers of pallets, which were temporarily diverted to our working site for six days before returning back into their own life cycle. These 3 containers are the equivalent of what the supplier collects each day. The vortex thus becomes a materialization and temporary solidification of the local material flows.

All text and Images via Raumlabor, a network of 8 trained architects who have come together in a collaborative work-structure developing an experimental architectural practice . See More HERE