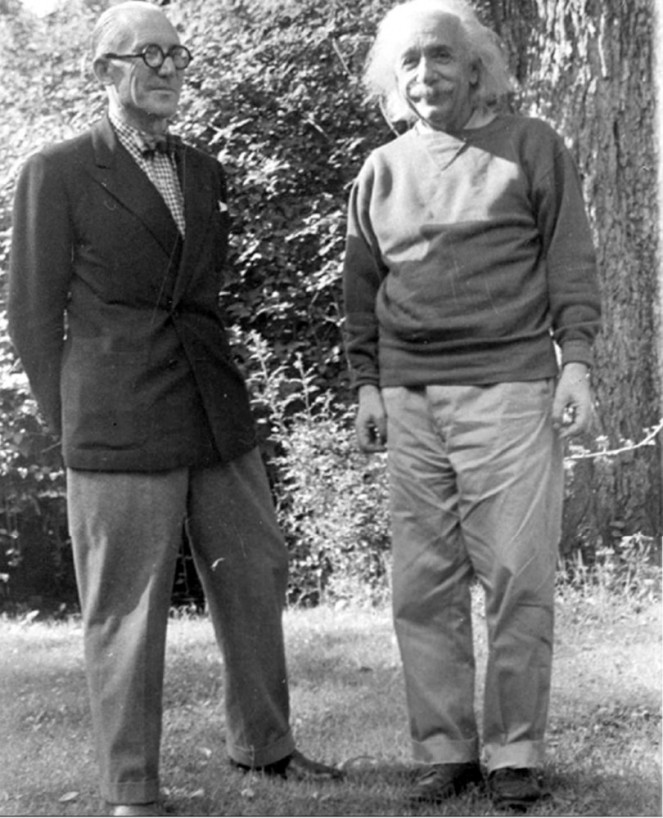 In 1946, Le Corbusier met Albert Einstein at Princeton after traveling to New York to present at the United Nations his project for the UN Headquarters.

I had the pleasure of discussing the “Modulor” at some length with Professor Albert Einstein at Princeton. I was then passing through a period of great uncertainty and stress; I expressed myself badly, I explained the “Modulor” badly, I got bogged down in the morass of “cause and effect”… At one point, Einstein took a pencil and began to calculate. Stupidly, I interrupted him, the conversation turned to other things, the calculation remained unfinished. The friend who had brought me was in the depths of despair. In a letter written to me the same evening, Einstein had the kindness to say this of the “Modulor”: “It is a scale of proportions which makes the bad difficult and the good easy.” There are some who think this judgement is unscientific. For my part, I think it is extraordinarily clear-sighted. It is a gesture of friendship made by a great scientist towards us who are not scientists but soldiers on the field of battle. The scientist tells us: “This weapon shoots straight: in the matter of dimensioning, i.e. of proportions, it makes tour task more certain.”