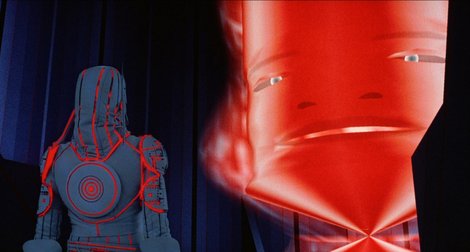 Can we speak of a twenty-first-century cinema? And if so, on what basis?

In the immediate aftermath of World War II, the French film critic André Bazin characterized cinema as an idealistic phenomenon and cinema-making as an intrinsically irrational enterprise. “There was not a single inventor who did not try to combine sound and relief with animation of the image,” Bazin maintained in “The Myth of Total Cinema.” Each and every new technological development—synchronous sound, full-color, stereoscopic or 3-D movies, Smell-O-Vision—served to take the cinema nearer to its imagined essence, which is to say that “cinema has not yet been invented!” Moreover, once true cinema was achieved, the medium itself would disappear—just like the state under true communism. Writing in 1946, Bazin believed that this could happen by 2000.

In fact, something else occurred: the development of digital computer-generated imagery (CGI). Bazin had imagined cinema as the objective “recreation of the world.” Yet digital image-making precludes the necessity of having the world, or even a really existing subject, before the camera—let alone the need for a camera. Photography had been superseded, if not the desire to produce images that moved. Chaplin was perhaps but a footnote to Mickey Mouse; what were The Birth of a Nation and Battleship Potemkin compared to Toy Story 3?

Excerpt from an article written by J. Hoberman at NYR. Continue HERE

One thought on “Trapped in the Total Cinema”