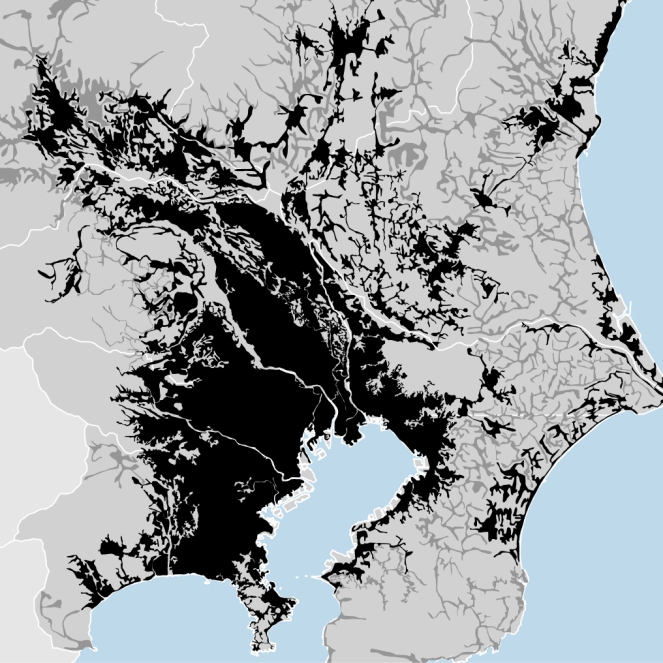 Following on from the analysis of urban well-being, the data on these pages shows the result of a new mapping exercise that covers the same 129 ‘extended metropolitan regions’ across the world, with a total population of 1.2 billion people, representing 35 per cent of the world’s urban population in 2010. From Cotonou in Benin, with just more than 1.5 million people, to the Tokyo metropolitan region, with more than 42 million inhabitants, our study both measures and illustrates density patterns in urban regions across all five continents, expanding LSE Cities’ longstanding interest in the links between physical and social form. Using Google Earth satellite imagery, we captured a ‘snapshot’ of where people live and estimated ‘net densities’ by systematically tracing the built-up area of each metropolitan region – including central zones, satellite towns and the peripheral areas (a detailed methodology can be found online). The fact that 23 million people in Manila occupy a space one eighth the size of the same number of New Yorkers, or that Atlanta in the USA is 25 times larger than Hong Kong with roughly the same population, says something about the capacity and resilience of urban form as well as physical and geographical constraints.

Excerpt from a study by Antoine Paccoud, at LSECities. Continue HERE