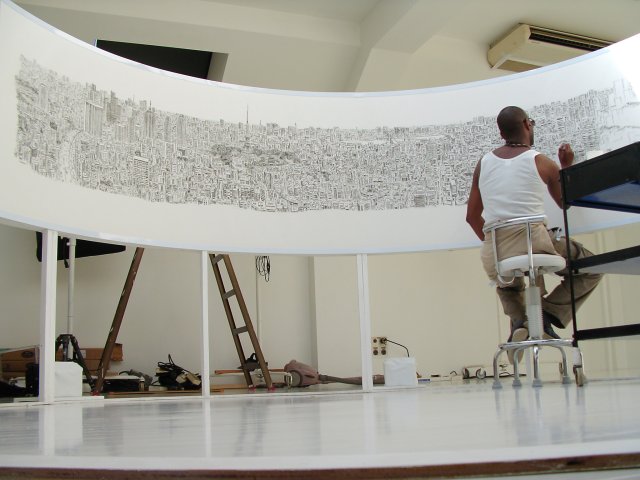 Director/DP Noah David Smith recently teamed up with humble and Publicis to shoot a touching film for UBS featuring artist, Stephen Wiltshire. After spending the early years of his life as a mute Stephen found his voice through drawing. Later diagnosed with autism, drawing began to be the way he communicated with the world. At age nine he began to speak and his art continued to flourish.

Stephen Wiltshire has the amazing talent of drawing city skylines from memory. Having spent only a few hours in a helicopter flying from Brooklyn to the tip of Manhattan, he memorized the city skyline and headed back to a studio to begin his drawing. Stephen then spent the next 3 days sketching the skyline. The panoramic drawing will be featured on a billboard that will be displayed at JFK airport terminal.

One thought on “Drawing city skylines from memory”