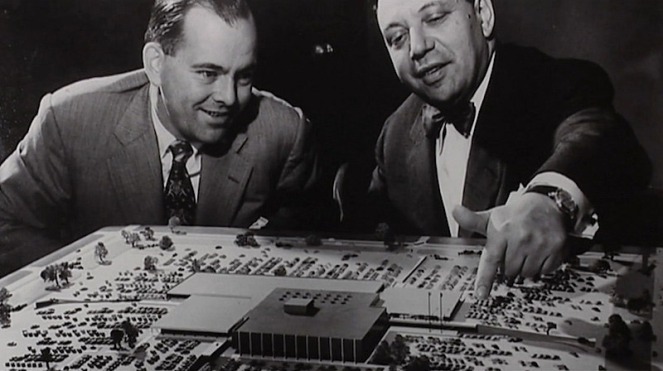 Victor Gruen was maybe the most influential architect of the twentieth century: He is regarded as the father of the shopping mall. How fundamentally his concept would change the world was something that not even this immigrant from Vienna, who was noted for thinking big, could have foreseen. In the nineteen fifties, Gruen built large-scale “shopping towns” in the suburban sprawl of the United States. Based on the model of European city centers they were not only to facilitate shopping but also to strengthen social ties in the isolated suburbia with a mix of commercial and social spaces. However, in the context of an increasingly consumption- and speculation-driven economy the polyfunctional shopping center turned into a gigantic sales machine, which had a formative impact on the development of cities all around the globe. Thus, in architecture, the Gruen Effect describes the maelstrom introduced by seductively designed sales spaces that makes us give up purposeful shopping and get lost in the shopping experience. Since the principles of the shopping mall have little by little been transferred to downtown areas, today this phenomenon produces the city as the place of commercialism, the staging of lifestyle, distinction and event; it outlines the creation of a type of downtown, which serves the gods of consumer culture and defines consumption as the prime principle of urban planning. Text via.

A documentary directed by Anette Baldauf and Katharina Weingartner.

Via The Fox is Black

One thought on “The Gruen Effect: The birth of the shopping mall and how a displaced architect accidentally changed American cities”