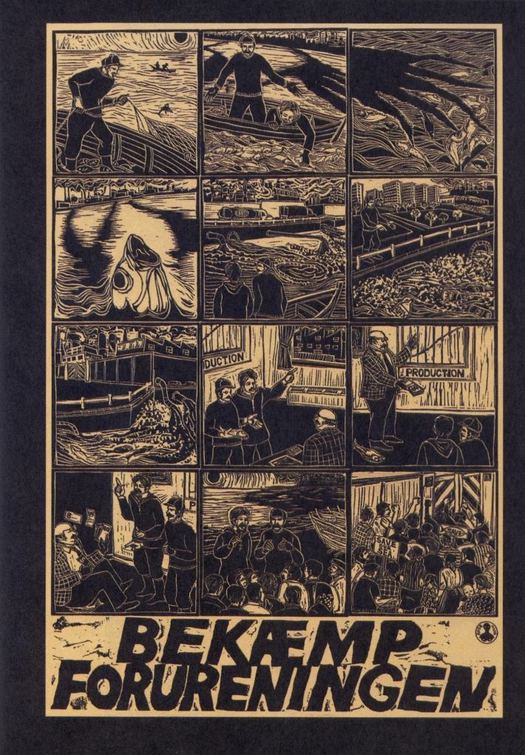 “If you are interested in the use of graphic art and communication in political struggles, don’t miss the latest issue of Signal, which has just come out. The first issue appeared in 2010, and for the last few months Amazon has been sending status updates saying that the new issue would be later than expected. The publishers must have unjammed the logs, though, and in the end it arrived early.

I can’t think of any other design or visual arts publication quite like Signal in form and content. “Journal” is exactly the right word here because Signal, published by PM Press in Oakland, California, is half way between a magazine and a book in appearance and tone. Its dinky size, combined with astutely pitched, matt-laminated cover designs, make it immediately intriguing and attractive. The page design is poised between scholarly seriousness and newsstand techniques of appeal. Signal is generously illustrated and would be rewarding merely to browse, but everything about it says: read this (because it will be a pleasure).”

Excerpt from an article written by Rick Poynor at Design Observer. Continue HERE