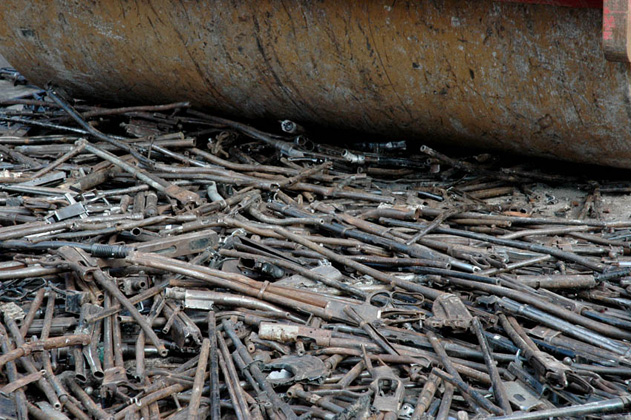 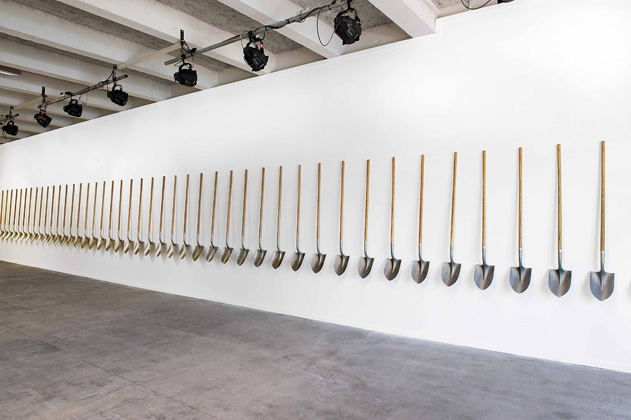 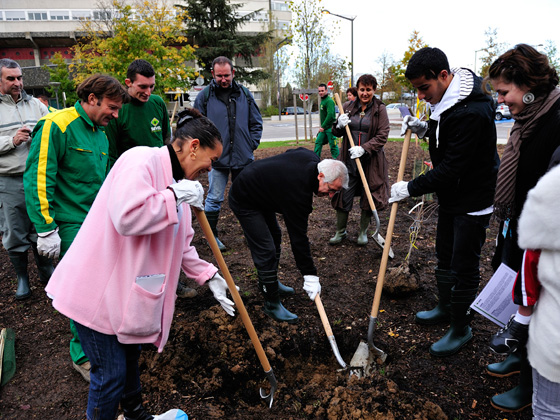 Palas por Pistolas is a project by Pedro Reyes and it was initiated in the city of Culiacán, a city in western Mexico with a high rate of deaths by gunshot. The botanical garden of Culiacán has been comissioning artist to do interventions in the park and my proposal was to work in the larger scale of the city and organize a campaign for voluntary donation of weapons. Several television ads were prepared by the local TV station inviting citizens to give up a were gun and exchange for a coupon. Those coupons could be traded in a local store in exchanges for domestic appliances and electronics.

1527 weapons were collected. 40% of them were high power automatic weapons of exclusive military use. These weapons were taken to a military zone they were crushed by a steamroller in a public act.

The pieces were then taken to a foundry and melted. The metal was sent to a major hardware factory to produce the same number 1527 shovels. The tools were made under specifications such as a handle with a legend telling the story.

This shovels have been distributed to a number of art institutions and public schools where adults and children engage in the action of planting 1527 trees.

This ritual has a pedagogical purpose of showing how an agent of death can become an agent of life.

Text and Image via Pedro Reyes