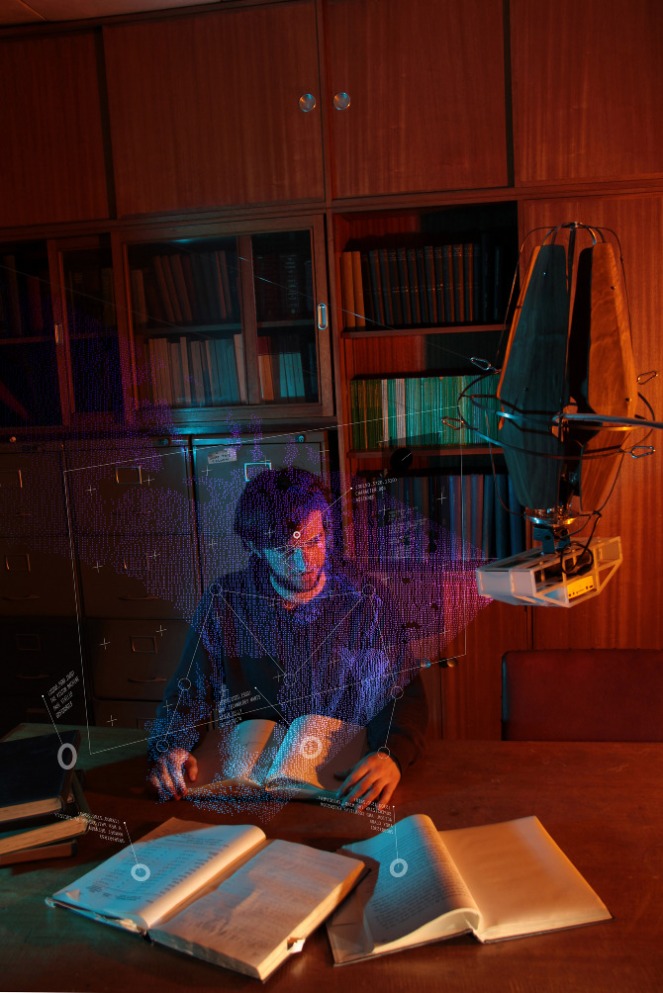 The Theatre of Synthetic Realities is a series of real and fictitious locations and events, actors and devices that attempt to question our production, embodiment and perception of social space as mediated through technology. Through the use of ubiquitous personal and mobile computing we have become both constant consumers and producers of information, both live receiver and transmitter. We, and our environments, exist simultaneously as physical and real-time digital manifestations, as such augmenting our relationship to space, time and experience.

Text and Image via Madhav Kidao


Making Friends and Other Functions is a illustration of a possible iteration of the Theatre. Working collaboratively and symbiotically with a network of semi-autonomous machine actors, the designer/editor attempts to recreate a film for a live global audience, through the use of unwilling actors. The machines construct their own reality based upon the information they extract from their environment alongside the selective guidance of the observer. This is ultimately a task with no beginning or end, and fundamentally questionable ethical integrity.