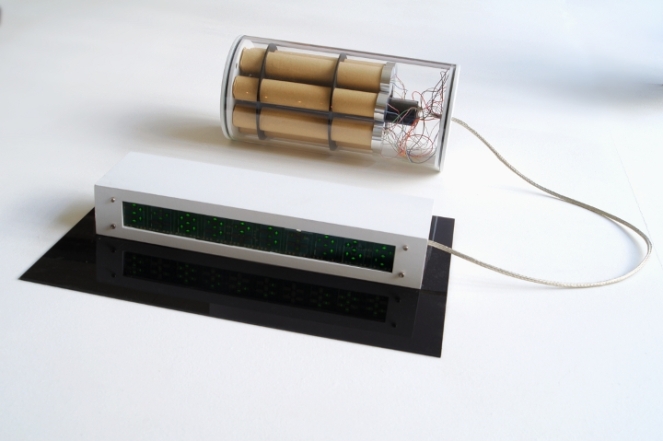 300 Years Time Bomb looks at the relationship between time and technology by presenting a long lasting timed explosive. In the scenario, a time bomb is set to explode in 300 years time. The bomb’s timer displays the years in seconds making us question what meaning such a large number holds and changing our dramatic relationship with countdown timers.

The explosive is found 100 years after it is initiated, by this time it has acquired a historical importance. Thus, it is put on display in an blast proof building. Several generations await for the moment when it finally goes boom in this controlled and safe environment. Time and efficient electronics make the nature of the explosive change from an immediate threat to an spectacular display.

The numbers in the display were designed to require very low amounts of power and were then manufactured using OLED technology. All the components are placed in a sealed housing to protect them from natural decay.

Text and Images via Diego Trujillo