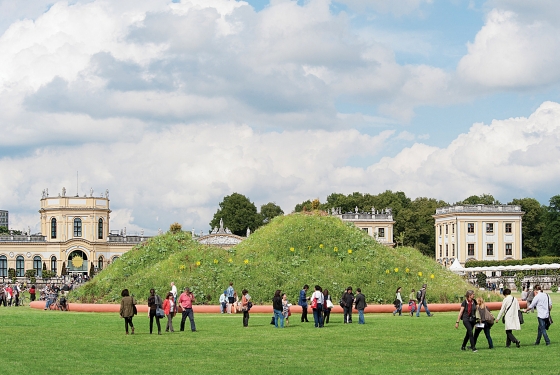 Three quarters of the art at Documenta 13, the gigantic 200-exhibitor show that just opened in the small German city of Kassel, is innocuous or worse. Derivative installations, found objects, text pieces, videos, sculptural fragments, empty rooms, performances, and sound works — it’s the kind of late-late conceptual/relational aesthetics hegemony endemic to these massive events. I won’t run down the list, but one immoral work (if such a thing can be said to exist) will suffice to give you the sense of it: In A Public Misery Message: A Temporary Monument to Global Economic Inequality, created by a group called the Critical Art Ensemble, viewers ride in a helicopter to heights corresponding to their net worth. The work is supposedly about wealth accumulation, and is an anti-market gesture. Surely it cost more to stage for a day than many museums and galleries can spend or generate in a year, or than most artists earn in a lifetime.

Excerpt of an article written by Jerry Saltz. Continue HERE
Image above: Song Dong’s Doing Nothing Garden (2010–12), at Documenta 13.