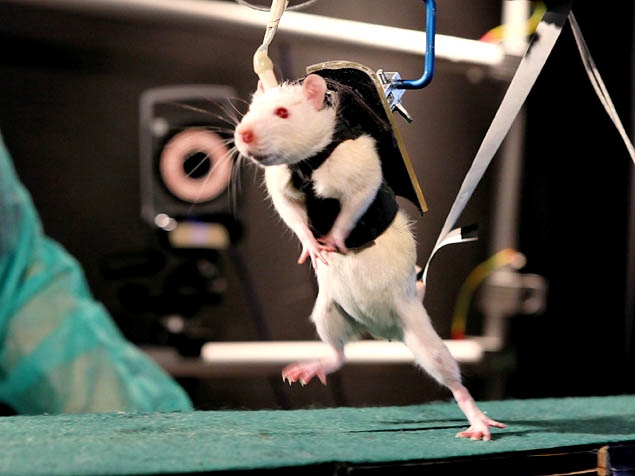 A new kind of rehabilitation restored voluntary movement to rats with severely damaged spinal cords. The rat stood on its hind limbs at one end of a narrow runway. It wore a tiny black vest attached to a robotic arm that hovered above its head. Without such mechanical support, the rat would have fallen over—its spinal cord had two deep cuts, rendering its back legs useless. Rubia van den Brand, then a doctoral candidate at the University of Zurich, stood at the other end of the runway, urging the animal to walk. Although the robotic arm kept the rat upright, it could not help the creature move; if the rodent were ever to walk again, it would have to will its feet forward. For the first time since van den Brand began her experiments, the rat moved one of its back legs on its own—a small, effortful step. She ran to her boss’s office with the news and a crowd immediately gathered in the lab to watch what many had deemed impossible.