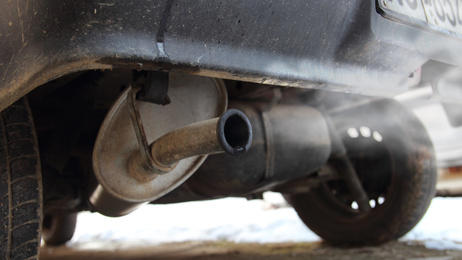 The new findings are published in the journal Environment International by Mielke, a research professor in the Department of Pharmacology at the Tulane University School of Medicine, and demographer Sammy Zahran at the Center for Disaster and Risk Analysis at Colorado State University.

The researchers compared the amount of lead released in six cities: Atlanta, Chicago, Indianapolis, Minneapolis, New Orleans and San Diego, during the years 1950-1985. This period saw an increase in airborne lead dust exposure due to the use of leaded gasoline. There were correlating spikes in the rates of aggravated assault approximately two decades later, after the exposed children grew up.

After controlling for other possible causes such as community and household income, education, policing effort and incarceration rates, Mielke and Zahran found that for every one percent increase in tonnages of environmental lead released 22 years earlier, the present rate of aggravated assault was raised by 0.46 percent.

“Children are extremely sensitive to lead dust, and lead exposure has latent neuroanatomical effects that severely impact future societal behavior and welfare,” says Mielke. “Up to 90 per cent of the variation in aggravated assault across the cities is explained by the amount of lead dust released 22 years earlier.” Tons of lead dust were released between 1950 and 1985 in urban areas by vehicles using leaded gasoline, and improper handling of lead-based paint also has contributed to contamination.

Text and Image via Science Daily