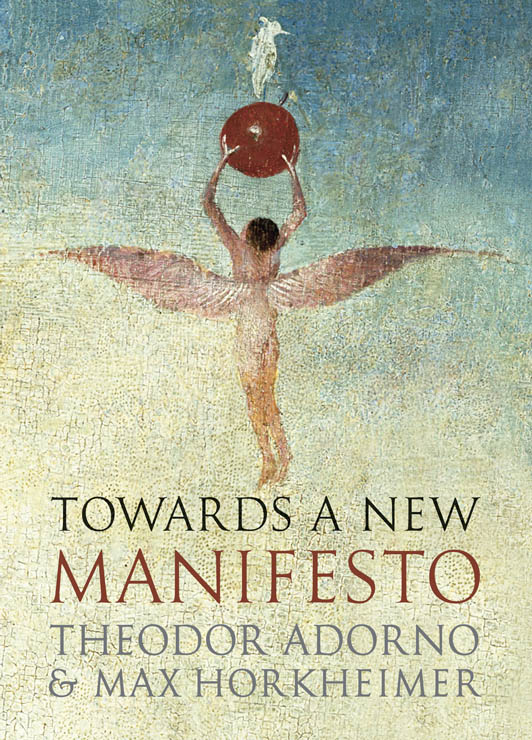 Gretel Adorno was a remarkable woman about whom far too little is known. Although the recent publication of her correspondence with Walter Benjamin has confirmed the impression that she was a formidable intellect in her own right, she remains largely a mystery. What we do know for certain is that she was deeply devoted to her husband Theodor, whom she married in September, l937. Abandoning a career as a chemist to support his work unreservedly, she seems to have been resigned to his extra-marital affairs, and was so despondent after his death in August, l969 that she made a botched suicide attempt. Among the many services she rendered was the dutiful taking of minutes from the intellectual discussions he thought worth recording. Beginning in March of l938, shortly after his emigration to America and full integration into the life of the Institut für Sozialforschung (then resettled in New York), she wrote down a number of conversations he had with the director of the Institute, Max Horkheimer. She continued to play this role well after they all returned to Frankfurt in the early l950s to reestablish the Institute.

One such conversation took place over several days in March and April, l956, when Horkheimer and Adorno sat down to discuss a variety of pressing issues, political, sociological, and philosophical, and Gretel Adorno was there to record the results for posterity, or at least as an aide memoire for later more formal considerations of the same issues. Never intended for publication, the protocols nonetheless appeared in l989 alongside many other drafts and notes as an appendix to the thirteenth volume of Horkheimer’s collected works. They were blandly entitled “Diskussion über Theorie und Praxis.” Last year, they were translated into English by the venerable Rodney Livingstone for the New Left Review, and shortly thereafter repackaged as a little book with the much more provocative title Towards a New Manifesto.

Towards a New Manifesto at VERSO